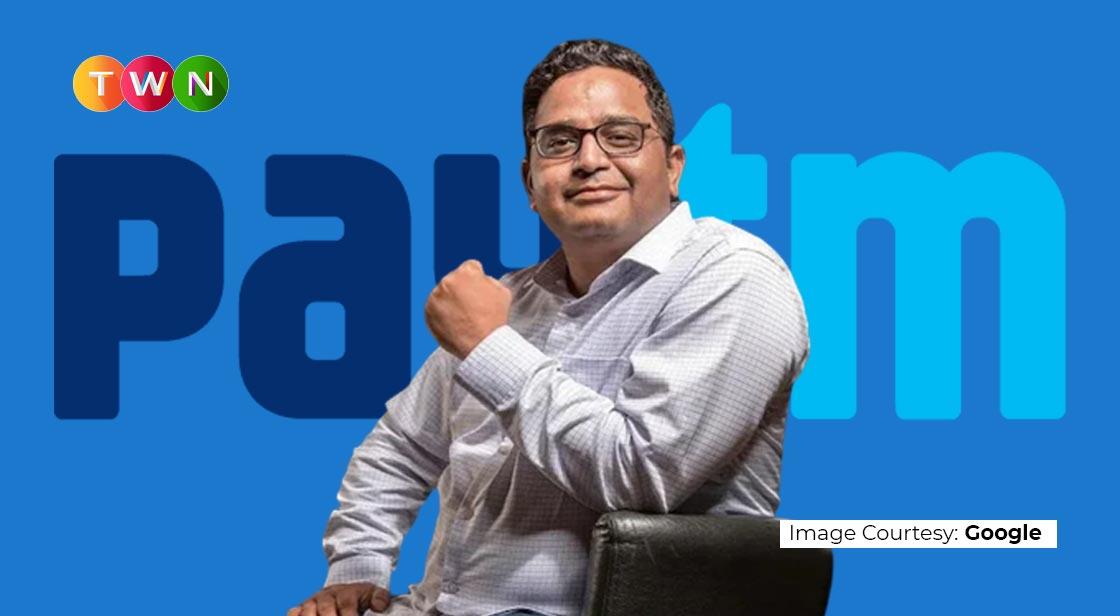 Shekhar's journey from a young entrepreneur to the CEO of one of India’s leading tech companies is an inspiring story of determination and perseverance. He has faced many challenges, but he has always been willing to fight for his business and his employees. Shekhar's story is a perfect example of how starting a business can be a rewarding experience, no matter the obstacles. #ThinkWithNiche

If you’re looking for a story about a business that has gone from strength to strength, then Vijay Shekhar Sharma is the man for you. Shekhar, the CEO of Paytm, is one of the most successful entrepreneurs in Indian history. He started his career as an engineer and has since become one of the most powerful people in his industry. In this blog post, we will learn more about Shekhar and his journey to build an amazing company.

How Shekhar Got his Start in Business

Vijay Shekhar Sharma got his start in business by starting a small business. In 2000, he started One97 Communications, which offered mobile content including news, cricket scores, ringtones, jokes, and exam results. One97 is the parent company of Paytm, which was launched by Sharma in 2010. He started his company with a limited budget and was able to achieve great success. He has now been working at Paytm for the last 12 years and has grown the company even further. He is an excellent CEO and knows how to run a business well. He is also an SEO expert and has been successfully using pay-per-click (PPC) advertising to increase brand awareness for his company.

The Challenges of Starting a Business in India

When Vijay Shekhar Sharma started Paytm, it was a very different world. In India, business was still primarily done through small, family-owned businesses. Shekhar and his team were, therefore, pioneers in starting a company that could be considered today as one of the biggest and most successful online wallets in the world. However, even with such a successful start, there were still many challenges that Sharma and his team had to face. For one, the internet wasn't always easy to use back then. So even if you had an idea for a product or service, it was often difficult to get people to start using it. And secondly, there was a lot of competition out there. So even if you got your product or service off the ground, you were often at risk of being shut down by your competitors. Despite all these challenges, Sharma has never given up on his dreams and continues to work hard towards building an amazing company that can make a real impact in Indian society.

What Drives Shekhar to Succeed

Shekhar has a lot to thank for his success to date. He started as an engineer and quickly learned that he could make a real difference in the world. It was evident in his work at One97 Communications, where he helped lead the company from a small startup to one of the biggest tech companies in India. After One97 communication, Shekhar decided that he wanted to do more than just work for a company. He wanted to help others achieve their dreams. So, he founded Paytm, one of India's most successful online payment companies. Since its inception, Paytm has helped millions of people easily pay for goods and services online. In addition, it has become one of the most popular online payment platforms in India – being used by more than 60 percent of Indian households. With such a successful history behind him, it's no wonder that Shekhar is on a trajectory to continue building an amazing company.

What Drives Shekhar to Keep His Business Growing

There are a few things that drive Shekhar to keep his business growing. First and foremost, Shekhar is constantly looking for ways to improve his company and make it more successful. He is always looking for ways to improve the customer experience, reduce costs, and increase efficiency. Additionally, Shekhar is always looking for new opportunities to expand his business. He has even developed a new product line that he hopes will take Paytm to the next level.

How Paytm Became a Super Success

Paytm is an online payments company that operates in India and has been growing at a rapid pace. In January 2014, Paytm became the largest e-commerce company in India. Shekhar Sharma is the CEO of Paytm, and he has a lot to share about his company's success. One of the most important things that Paytm has done is focus on user experience. The company takes a great deal of pride in providing an intuitive and easy-to-use payments platform. Another important thing that Paytm has done is invest heavily in marketing. It helps Paytm to establish an authoritative online presence and attracts more customers to its platform. In addition, Shekhar Sharma is also very passionate about his work at Paytm. He has stated that he feels privileged to be working with such an amazing company as Paytm, and he wants his employees to be just as successful as he is.

What are the Lessons That Shekhar Learned from his Early Startups?

Shekhar has been a powerful and successful entrepreneur for over 30 years. He started his career as an engineer and has since become one of the most powerful people in his industry. He is known for his innovative thinking and his ability to see the big picture. Shekhar has learned a lot from his early startups, which are some of the most important experiences of his life. First and foremost, Shekhar was never afraid to take risks. He always felt if he could make something work, it was worth trying something new. It helped him build some of the most successful companies in Indian history. Secondly, Shekhar ensured all his employees were treated fairly and felt appreciated. It helped him maintain a high level of employee morale and allowed them to continue working on great projects even when no one was looking.

Last but not least, Shekhar always had a vision for his businesses, and he never hesitated to put his beliefs into practice. It helped him build an amazing company with a great future.

We have two more insipirational blogs to ignite that sense of pride and passion in you. Click on the link below to explore!