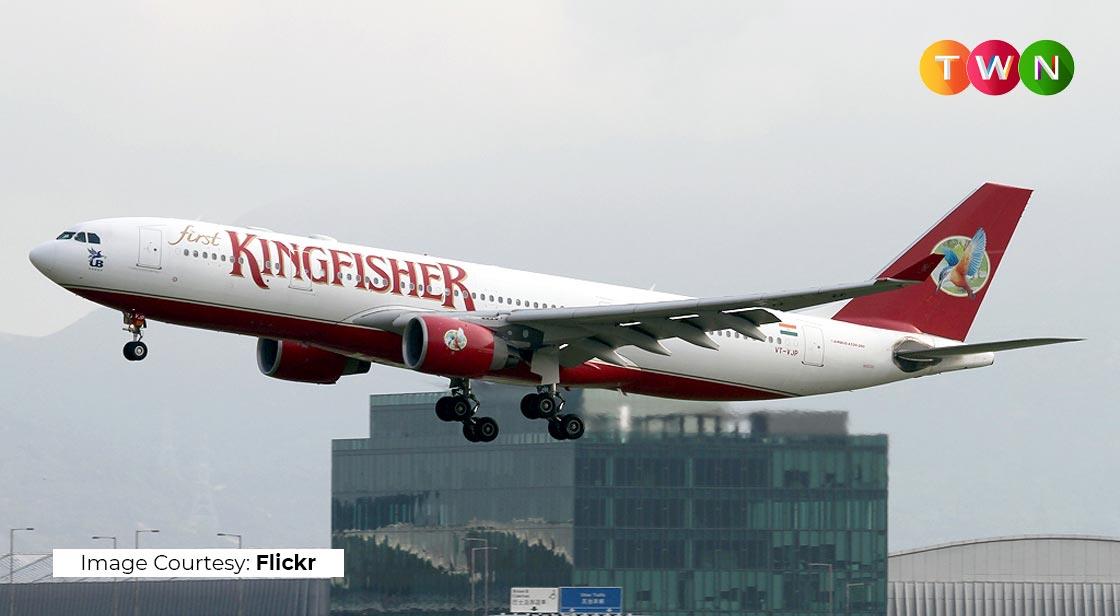 It is challenging to start an airline company, but it is far more difficult to sustain it over time. One of the biggest passenger airlines was Kingfisher, also known as the King of Good Time. A company named United Breweries Group, based in Bengaluru founded in 2003. They quickly rose to become the fifth-largest passenger airline in India, offering both domestic and international flights to passengers at flexible prices.

Vijay Mallya, the owner of Kingfisher, had extensive brewing experience. He has earned the title of "liquor baron." He lacked experience running businesses like airlines, despite his expertise in that field. As a result, he was unable to provide inspirational and effective leadership to the Kingfisher team. He made two crucial decisions within a few years after founding KFA. In this blog, we'll discuss why kingfisher airlines failed. #TWN

Kingfisher, one of the most well-known airlines in India, is in shambles, while other Kingfisher competitors are doing well in the market. The global aviation industry experienced a difficult period in 2012 as a result of a four-year fuel price increase that set a record, erratic financial markets, and a slowing economy. Kingfisher Airlines commonly referred to as The King of Good Times and Vijay Mallya's dream project went through its worst phase. Initial versions of Kingfisher included single-class layouts, all-economy fare, and high-end entertainment and dining options. The joyful Vijay Mallya knew how to live the king's life and was only concerned with the idea that every air passenger would anticipate their voyage with Kingfisher Airlines to be akin to that of a monarch. The high luxury class came into focus a year after the airline was founded. With shifting time and ideas of its models, as well as anticipating random expansion, the airline was unable to maintain stability.

It's difficult to start an airline firm, but it’s even more difficult to keep it going over time. Kingfisher, dubbed "The King of Good Time," was a major passenger airline. It was founded in 2003 by United Breweries Group, a Bengaluru-based corporation. It entered the aviation industry at a time when low-cost airlines had energized the sector and opened up air travel to all Indians. They quickly rose to become India's fifth-largest passenger airline, offering clients domestic and international flights at competitive prices. Kingfisher's owner, Vijay Mallya, had extensive experience in the brewing industry. He has become known as a liquor baron. At the age of 28, he continues the family business tradition, and his extravagant lifestyle propelled him to corporate celebrity at a young age. He created the "King of all times" beer tagline and exploited his fame to enhance United Breweries Group's brand. Despite his expertise in that field, he lacked experience operating businesses such as airlines, which led to the failure of kingfisher airlines.

These Are Some Of The Important Reasons Why Kingfisher Failed-

The first was the acquisition of Air Deccan, a low-cost carrier. Even though KFA inherited all of Air Deccan's aircraft and market, the latter also inherited its losses. In 2007, KFA merged with Air Deccan, a low-cost airline with affordable rates, replacing Kingfisher, a high-cost airline renowned for its elegance. Since Air Deccan had already established itself in the market, Kingfisher reasoned that this would improve the company's financial position. Another factor was that Kingfisher lacked Air Deccan's five years of domestic experience, whereas Kingfisher did. In order to obtain an international licence for aircraft, one must possess five years of domestic experience. In 2008, Kingfisher Red was introduced following the merger with Air Deccan.

Expansion In The International Arena

Another choice that impacted KFA's efficiency was the quick launch of abroad services. After acquiring Air Deccan, KFA entered the international market. This entrée into a big market would have been fantastic after consolidating the domestic service, which had by then grabbed a significant portion of the Indian market. KFA's international attempt was a dismal failure. That was always going to be the way it was going to be. In the rough waters of international competition, how could a man with no domestic airline experience succeed? Emirates and Etihad, for example, dominated the international skies and had a loyal following. It was too difficult for the nascent KFA to break its monopoly, and it failed.

Lack Of Stability At The Apex Level Of Management

A lack of continuity at the top of an organization is another element leading to KFA's downfall and dissolution. KFA's owner, as previously said, was a newcomer to the aviation industry, and the CEO was in charge of the company's direction. No CEO, on the other hand, stayed at KFA for more than a year. If KFA had hired an experienced CEO like Gopinath of Air Deccan and kept him for the full five-year term, things might have turned out differently. Malley's commercial interests, aside from breweries and KFA, were numerous and desperate. Because the breweries were handled by qualified employees, his booze company boomed. KFA, on the other hand, did not have the same luck. Due to his political ties (Vijay Mallya was a Rajya Sabha Member of Parliament)

Switching From Premium Class Airline To The Low Budget Segment

KFA grew well-known as a premium airline that catered to the needs of high-ranking business executives and politicians. Over a short period, it steadily built up its brand. However, it lost its luster when it entered the low-cost market. The low-cost market was not easy to navigate. The market was dominated by Indigo, SpiceJet, and other competitors. It was difficult, especially in the domestic market. The competition was strong, and KFA's aspirations of making a quick buck were dashed. KFA's service deteriorated over time, and consumers shifted their loyalties to other airlines.

Jet fuel prices have been rising steadily as a result of rising demand and competition among airlines, making it impossible for KFA to cover its fuel consumption costs.
Due to their failure to pay their fuel bills, various vendors filed a lawsuit with the Bangalore High Court against KFA, including BPC. Their fuel expenses had climbed by about 70%. (Bharat Petroleum Corporation).

The team's inability to make good decisions has led to KFA's demise as one of India's greatest airlines. The acquisition of Air Deccan, the service's rapid entry into the international arena, and its shift in segments, which prompted rivalry, were all important factors in its demise. External issues like the high price of aviation fuel could also be to blame. The cost of fuel for KFA continued to rise. All airlines, including KFA's competitors, have faced this problem, but they have devised tactics to overcome it.