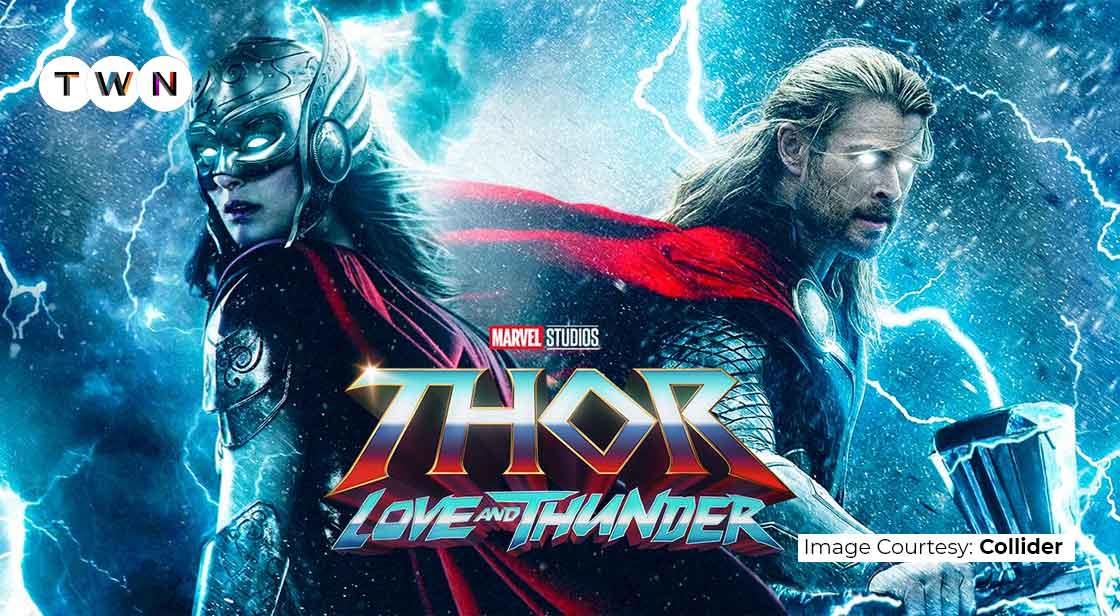 MCU fans have always been swinging with the pendulum of emotions when it came to exploring plot leaks and evading them! It is a choice that feels harder than choosing between Scarlett Johansson and Scarlett Witch! Here's another tricky one for you! This blog is drenched with information that you might or might not want to know! Thor: Love and Thunder Plot Leak by 4Chan! It is the maximum I can tell for now! Read on if you have made up your mind! #TWN

MCU is known for creating plots that keep viewers at the edge of their seats. The Guardians, the ever-sought return of Jane Foster (Natalie Portman), and acting masterclass Christian Bale playing the role of big bad villain, making Thor: Love and Thunder a must-watch as soon as it comes out. However, unlike the rest of MCU Phase-4 movies, we don’t know what to expect from the movie’s plot!

It is because, so far, the majority of the leaks are focused on the cameos. However, now, there is a Thor: Love and Thunder plot leak that lets us in on a rather purported account of what can happen in the movie. Being a True MCU fan, it becomes my responsibility to warn you Big Spoilers may follow below, assuming the leak is conceptualized on accurate information.

Now, we’ll talk about Thor: Love and Thunder plot leak that originated from 4chan! However, before we dive any further, here’s a reminder there is no confirmation of the crazy claims in the leak! It can't be accepted as the thor love and thunder script leak that holds true facts! Still, there is a slight chance that some of the information might be accurate. After all, 4chan is known for several accurate MCU plot leaks in the past.

Getting to the point now, the leak stresses Love and Thunder chronologically takes place a while after Avengers Endgame. Though Thor is back in perfect shape (from being Fat Thor), he is still quite depressed, regardless of having fun with the Guardians.

Out of everything, the first appealing claim is Thor has managed to fix the Mjolnir. He can now use both Stormbreaker and Mjolnir, just like Endgame, right before Captain America (Chris Evans) stole the show! You don’t need to be a God to be worthy, after all!

It is during these adventures Valkyrie, played by Tessa Thompson, contacts him. Jane Foster arrives in New Asgard seeking help! She has supposedly developed cancer, which seems to be an unfortunate side-effect of ‘the blip.’ We will be apprised in Love and Thunder that, like everyone else, she was gone for 5 years as well!

The Guardians, being the perfect ride, drop Thor off to Earth to check on Jane. It didn’t come off as a happy visit as he learns that even Asgardians can’t do much to help her! Jane will die soon enough, and Thor, yet again, feels hopeless! Still, he is willing to do anything to get a cure for her!

Here’s when the major Love and Thunder cameos purportedly take place. As Thor goes out to clear his head, he encounters a re-enactment of Thor: Ragnarok, supposedly starring Luke Hemsworth, Matt Damon, and Melissa McCarthy! It is apparently funnier and longer than what was in Ragnarok!

The Hammer, The Villain, and The Post-Credit Scenes

It is about now when Jane feels a sudden surge of power since Thor left Mjolnir in the same room with her! She feels drawn to it, and she calls to it, exactly like Thor does! It didn’t happen immediately, but, eventually, after a few failed attempts, she wields Mjolnir and becomes Lady Thor!

This plot leak extends a shocking reason for her worthiness! It is supposedly because she was previously connected to the Aether and mow she can wield Mjolnir! If proven true, it would highlight a different kind of worthiness, much contrasting to Steve Rogers!

In the meanwhile, Christian Bale, who plays Gorr, the God Butcher, hunts gods across galaxies! Thanos wiped him and his family off in Infinity War with the Snap. When they came back, he lost his pregnant wife and son. That is where Gorr’s belief was shaken and he was drawn towards questioning the gods and was eventually convinced to take them all out!

It is still vague how the Thors will inevitably take up the battle against Gorr, assuming this plot leak is credible. The plot leak also claims the movie has at least one post-credits scene, which involves the Guardians of the Galaxy and properly introduces Adam Warlock this time.

Does Hell On Wheels Deserves Your Eyes?