Does Hell On Wheels Deserves Your Eyes? 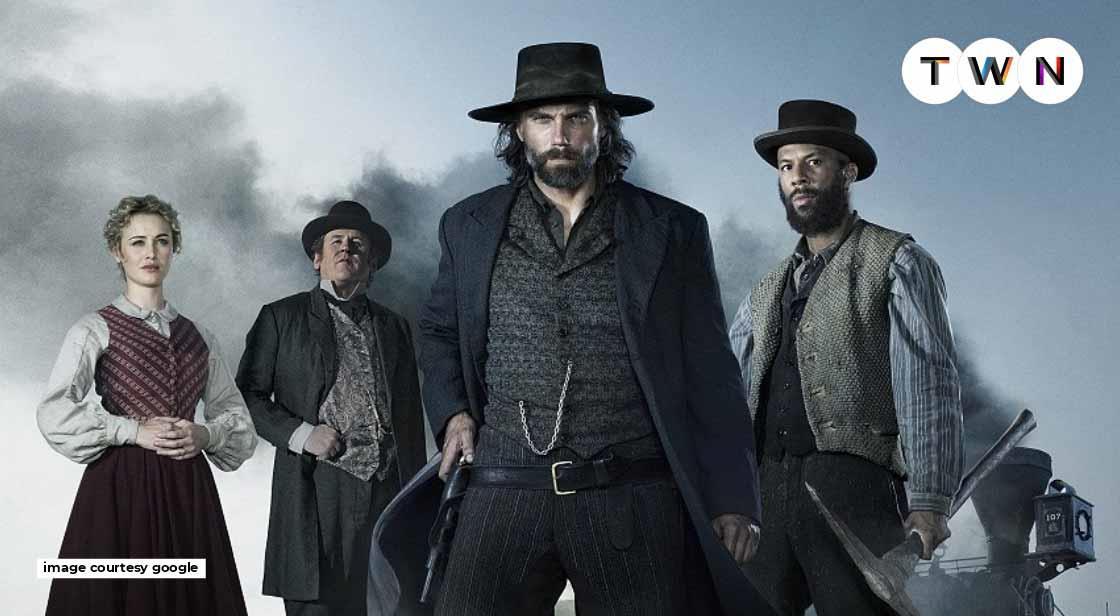 From November 6, 2011, until July 23, 2016, Hell on Wheels was an American/Canadian Western television series about the construction of the First Transcontinental Railroad through the United States, which aired on the cable channel AMC in the United States and Canada. Anson Mount, Colm Meaney, Common, and Dominique McElligott star in the series, which follows the Union Pacific Railroad and the laborers, mercenaries, prostitutes, surveyors, and others who lived, worked, and died in the "Hell on Wheels" mobile encampment that followed the railhead west across the Great Plains. #TWN

Cullen Bohannon (Mount) is a former Confederate soldier who joins the railroad to pursue down Union soldiers who murdered his wife and little boy during the American Civil War. In the process, he rises through the ranks of the railroad, eventually becoming a foreman and then the chief engineer.

Joe and Tony Gayton devised and produced the show, which is produced by Entertainment One and Nomadic Pictures and developed by Endemol USA under the supervision of senior vice-president of scripted programming Jeremy Gold.

Joe and Tony Gayton, the show's creators, declared in 2012 that they would no longer be involved in the show's day-to-day production. AMC announced on December 12, 2012, that showrunner John Wirth would take over for the third season.

The list of Hell on Wheel’s cast is quite long but we have only taken the main cast under consideration.

Also Read: Everything You Need to Know About Attack on Titan Before the Final Showdown

Here’s what users have to say about the show:

This show comes highly recommended by me.

On Metacritic, the first season has a 63 percent rating based on 28 reviews, indicating a "generally good" reception. On Metacritic, the second season had a 60 percent rating, indicating "mixed or average" reviews. Hank Stuever of the Washington Post praised the episode, saying, "Hands down, the most intriguing show on the fall schedule." Hell on Wheels is a western at heart, even if it has a chilly heart, despite its epic reach. There were plenty of guns, knives, arrows, and scalpings, as well as the explosive socio-psychological wounds left in the wake of the Civil War.

The show, according to Robert Lloyd of the Los Angeles Times, "takes its cues more from the movies than from actuality." I never felt like I was watching a train being built in the episodes I watched, and it required a little squinting not to view the characters as actors in a field reciting lines. Despite all of [the creators' implausible events in order to put their characters in place, and despite a handful of those characters' adamant refusal to become fascinating at all, the program gains momentum as it progresses.

Nancy Dewolf Smith of the Wall Street Journal has this to say: "'Hell on Wheels' finds enough beauty, peril, and emotion in each episode to make it feel fresh and worth the wait. Not that something brand new is usually a good thing. Despite giving outstanding performances in many of the minor roles, the performers are occasionally used to represent very modern preoccupations, such as race and gender. The sight of modern sensibilities hiding behind closed doors can be enough to spoil the spell."

"While the wide mix of personalities may work to the program's advantage in the long run," Variety's Brian Lowry writes, "hopping back and forth among them provides a diluted, herky-jerky ride in the early going."

According to the Washington Post, the series has been chastised for failing to feature Chinese immigrants during the construction of the transcontinental railroad. Joe Gayton, the creator, stated, "both financially and in terms of time. We could only concentrate on one side of [the railroad building], which is probably why we chose the [emanating from the East Coast] Union Pacific over the [emanating from the West Coast] Central Pacific to begin with." By the fifth season, the show had broadened its scope to include a comprehensive examination of the railroad's growth and the role of Chinese immigrant laborers.

Where to watch Hell on wheels?

There are many platforms that provide this series for free, but those platforms are not recommended as they post pirated content, and consuming or uploading pirated content is a punishable offense and hence should be avoided.

Now to answer the question, does this series deserves your eyes? Well, if you look at the reviews and IMDB ratings, it seems to be a show worth a watch.