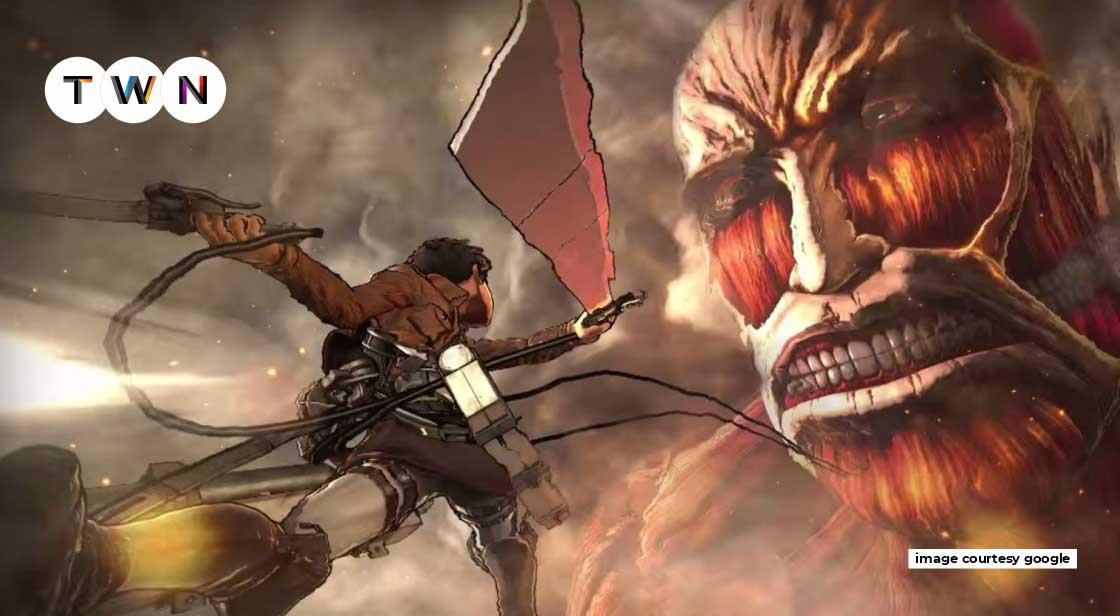 After watching his mother being gobbled up by a Titan while fleeing his homeland as a kid, the series' main hero (or antihero) dedicates his life to their abolition and decides to join the Survey Corps. This is the start of the most loved and adored anime of all time. Attack on Titan is one anime you cannot miss. This article will review the anime and summarize it for you. #TWN

Every true fan of Shingeki no Kyojin knows the above words by heart!

Even if you are not aware of what we are talking about, you must read this article to know what exactly we are talking about. This article is about recalling one of the best anime that we witnessed. Some of you may say that Death Note is the best anime ever. I agree with that as well, but Attack on Titan just took action and the storyline to the next level. Both animes are amazing, and today we will know everything about Attack on Titans and recap everything before the final chapter unfolds.

So, grab your ODM gears, put on some gas cylinders, sharpen the sword, and let’s slay some titans.

First, let’s know about some major characters that will play major roles in the story.

After watching his mother being gobbled up by a Titan while fleeing his homeland as a kid, the series' main hero (or antihero) dedicates his life to their abolition and decides to join the Survey Corps. During his first mission in Trost, he is gobbled by a bearded Titan after having graduated fifth in his cadet class. He soon reappears, however, as a 15-meter (49-foot) Titan who battles other Titans on equal ground. His skill as a Titan makes him a target for multiple parties, including those who see him as a tool for eradicating the Titans, other people who could become Titans, and those who see Eren as a rebellious threat to the status quo. He is assigned to the Survey Corps' Special Operations Squad and tries to manipulate his Titan-changing ability while discovering he has other abilities. In the final arc, Eren has now become the main antagonist, choosing to believe that unleashing millions of Colossal Titans in a murderous crusade against the entire world is the only way to fulfill his own utterly corrupt definition of freedom and for Paradis Island to survive eternal war and racism against the Eldian individuals.

Mikasa is Eren's childhood friend. She was taken in by Eren’s family after witnessing her parents' brutal murder at the hands of human traffickers. Though she was never formally adopted by the Jaeger family, nor did she consider Eren's parents to be her parents, she felt strong heartfelt gratitude toward them as caregivers, as well as Eren, who saved her life and offered her a famous scarf. Her parents' brutal murders had a profound impact on her, starting to cause her to forfeit her innocence and become aware of the world's cruelty. This made her personality quieter and more revoked, with a stoic interpretation except when she was with Eren and her mates. She feels obliged to follow and protect Eren at all costs as his dedicated caregiver, even wanting to join him in the Survey Corps. She graduated from the Training Corps at the top of her class, and officers regard her as an unrivaled brilliance and prodigy, easily worth a thousand soldiers in battle. This is because Mikasa's father is a descendant of the Ackerman dynasty, an Eldian lineage that was genetically altered to create super soldiers with the strength of a Titan, originally created to protect Eldia's king. Under duress, these genetically determined abilities may provide a descendant with access to their ancestors' fighting experience.

Mikasa is a character that will leave a mark on your heart. Her character is written so well that in the final season, you will see how she joins the alliance to defeat Eren. Just wait until you see it!

You can say that Armin is the man behind the victory of Paradis Island. His cleverness and out-of-the-box thinking were the reasons that our hero, Mikasa, and the rest of the squadron managed to survive till the very end.

Armin is a childhood friend of Eren and Mikasa who decides to join them to help humanity and fulfill his dream of traveling the world. [Chapter 84] Armin's parents attempted to cross the Wall with a hot air balloon when he was a child but were apprehended and gunned down by the First Interior Squad of the Military Police, having left Armin to be raised by his granddad. Armin's grandfather kept a secret book containing knowledge about the world far beyond Walls, which Armin discovered later and read. Armin showed his best friend Eren the representations of massive bodies of saltwater, firewater, ice land, and sand fields, which piqued his interest in the outside world.

His eagerness is the reason why he is still alive and ready to fight Eren to save humanity.

How can I leave out the best super soldier that humanity has in its arsenal! Being the leader of a special Survey Corps squad, Levi is known to be the worst nightmare of the titans that are roaming outside the walls. As the name signifies, he also is a descendant of the Ackerman Clan. He leads the squad after his superior, Erwin Smith, dies. Levi is the one man you don’t want to mess with. In season 3, Levi chopped up the beast titan like he was chopping some broccoli for dinner.

Levi Ackerman is now against Eren to save humanity, and I Know Eren will be scared to face Levi when he enters God Mode!

Enough talks about the characters. Let’s Recap the story that we all saw in each season.

In season 1, we get to know three friends, Eren, Armin, and Mikasa. They have a dream to step out of the walls and see the real world. They establish the point that humanity has been behind the walls for more than 100 years now. Suddenly there is a titan attack on the walls, and the Shiganshina District is overrun by the titans. While fleeing from there, Eren’s mother gets devoured by a titan whom Eren will kill in later seasons. Soon everyone is either eaten by a titan or has run away to a more secure area under the walls. Soon Eren joins the Army and trains to become a soldier and kill every Titan. During his first battle with the titans, he transforms into a titan when he is eaten by another titan. He fights with every titan present in the city and saves his fellow comrades.

After knowing his true powers, Eren, under the command of Erwin Smith, sets out on an expedition beyond walls. There they encounter a female titan, which is faster and more dangerous than other titans. Later in the season. It is revealed that one of their comrades’ named Annie Leonhart is the Female Titan, and they plan to capture her. In the Season Finale, Eren turns into a titan and fights the female titan to capture Annie. Annie has the hardening ability. So, she covers herself in a case to protect herself from the Survey Corps.

This was the turning point when everyone came to know that more people have titan abilities. Soon we come to know that Colossal and armored titans are also humans, and they are present in the army. They are long-term friends of Eren, Reiner & Bertolt. Soon they capture Eren and Historia (To be Queen of Paradis Island) to take them back to Marley (A place across the ocean from where Reiner, Bertolt, and Ymir came).

In Season 3, Eren and Historia are saved and brought back home. Soon Commander Erwin launches an expedition to take control of the Shiganshina District, where they find a book that was left behind by Eren’s father. It had every answer to their questions. Eren came to know how he became a titan. Soon, we see a new villain, the beast titan, who controls all the titans. He is Eren’s half-brother, Zeke. At the end of the season, we see Eren, Mikasa, and Armin enjoying their time in the ocean, trying to comprehend what is beyond the ocean.

This season opens up in Marley, where Eldian people are suppressed because they are the subjects of Ymir. Eren launches a full-blown attack in Marley and acquires the power of War Hammer Titan. Many people die, but Zeke and Eren join hands to neutralize the Eldian Population. Eren had other plans, and he betrays Zeke and releases all the titans that march towards the Marley for genocide. Seeing this, Mikasa, Armin, Annie, Levi, and Hange join hands to defeat Eren to save innocent people from dying.

Attack on Titan is an anime that has seen a commercial scale all over the world, and it deserves it. So, even if you are not an anime fan, we suggest that to watch this anime and see why it is so great.

With that being said, Netflix will take care of the rest. Log in and watch Eren serve justice.

Villain Who Made Thor Unworthy- Gorr (The God Butcher)

Upcoming Marvel Movies That Will Quench Your Thrill-thirst!