Villain Who Made Thor Unworthy- Gorr (The God Butcher) 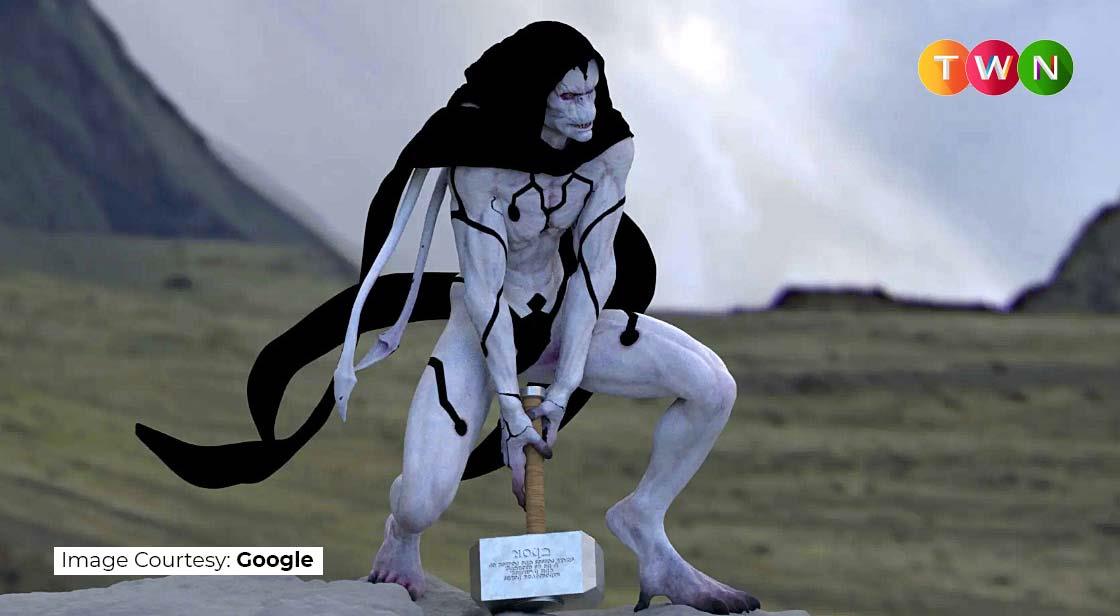 “It fell from the sky many years ago, on a world without a name. I picked it up... and butchered my first gods. And then as I stood there, baptized in their blood. A question formed in my simple little brain... I wonder if there are more?” -Gorr The God Butcher! #TWN

When it was confirmed that Christian Bale would play Gorr in “Thor- Love and Thunder,” the audience went crazy. Every comic book fan is totally aware of this character, but people who are not much into comics and are only fans of Marvel Cinematic Universe, have a lot of questions in mind, like who is Gorr? Why is he called the “God Butcher?” What’s his origin? What are his powers? Etc. Even I had these questions in my mind. I am not much into comics. I did my research and was fascinated by the personality of this villain. He might be Evil, but he was not always a villain. In fact, once he was among the biggest devotees of God in his early life, but with time he eventually transformed into a cruel, merciless, gruesome god butcher. Let’s take a deep dive into this character, his origin, and why he wants to butcher every God existing.

Gorr was born on “A planet with No Name!” On this planet, there was starvation, thirst, earthquakes, and death was not uncommon on this planet. The only life that exists on this planet is a small tribe of nomads, who are continuously wandering from one place to another just to search for enough food to survive. Apart from them, there are only a few wild animals left on this planet. This tribe has faith in the Gods, and in such a dire situation, they did not lose their faith in God. Gorr is also part of this Tribe. Life was never easy for Gorr. His mother was killed by wild animals in front of his eyes, his wife died in an earthquake, and his children starved to death. When he lost everything, he boldly stood up against the faith of his tribe and hence was banished from the tribe. He was left to wander in the desert.

Origin of Gorr The God Butcher

Gorr was on his death bed. He lost every hope and was ready to die from thirst and starvation. He suddenly saw a flash in the sky, and to his surprise, the light was coming from the combat of two Gods fighting each other. One of them was covered in gold armor, and the other was wearing black armor. The black armor God was Null, “The God of Symbiotes” they both fell in front of Gorr and were heavily injured. The other God pleaded for help from Gorr, but Gorr became furious and said, where were you when I needed help. He picked up the weapon of Null and butchered his first God, and this weapon gave him unimaginable powers. He pledged to kill every God who never answered his prayers. He butchered thousands of gods, and the helpless and hopeless Gorr became, Gorr The God Butcher.

In the 9th century, Gorr visited Earth and started killing gods and eventually attacked Thor, but when he was about to throw his final blow, Thor conjured a lightning blow which knocked out both of them. After the recovery, Thor and Gorr fought in a cave for 17 days, and in this fight, Gorr lost his right arm. Centuries later, Thor again started wandering in search of Gorr after Thor found the world deities slaughtered. Meanwhile, Gorr traveled to the beginning of the universe and slaughtered one of the earliest gods, and went on his journey reached Earth-14412, where he enslaved every God except “All-Father Thor.” Gorr spent his next 900 years enslaving gods and building a God Bomb, which will eventually kill every god of all the realities. Gorr was also successful in capturing and enslaving the young Thor from the past. Young Thor tried to destroy the God Bomb but was caught and thrown away from the planet and was united with Thor and King Thor. They together fought against Gorr and almost succeeded in killing him, but they were overpowered as Gorr has absorbed the power of all the Gods he killed in the past.

“Agar,” The replica of Gorr’s son; decided to help Thor, and Thor was finally able to observe the Godbombs blast while his past self killed Gorr.

Without his weapon, Gorr is just another powerless creature. His weapon provides him insane powers like; flight, super strength, super speed, and unnatural stamina. Apart from that, he also possesses the power of every God he ever butchered.

Combat skills: He has almost 3000 years of experience in combat, which, when combined with his weapon, gives him the ability to battle any God.

Torture: Gorr is often called a master torturer, as he can torture anyone until they agree to provide him with what he wants.

Gorr is nothing without his “All Black Necrosword,” as mentioned above. It is the weapon that turned him into a God Butcher.

It is the event that made Thor Unworthy. After Thor defeated Gorr, he realized that whatever Gorr was saying throughout their fight was somewhat correct, and this realization was confirmed when Nick Furry, who then had the power of the “Eye of the Watcher,” knew all the secrets of the world and he whispered in the ear of Thor, “Gorr was right” this left Thor with the feeling of worthlessness. His hammer slipped from his hand, and he was not able to pick it up ever after. It may indirectly conclude Gorr was also a winner.

Gorr The God Butcher in Thor Love and Thunder

Gorr is confirmed in the next Thor successor movie, “Thor love and Thunder” Christian Bale is all set to play the role of Gorr. The movie was due to be released in 2020. Covid delayed this movie, and now it is rumored to release in 2022. Not much is known about this movie, as even the trailer of this movie is not out yet. Although a lot of information about this character is available in the comics, we all know that Marvel Cinematic Universe love’s to play with the plot a bit and change it according to the MCU fans. Hence, we can do nothing but wait for it the trailer and movie.