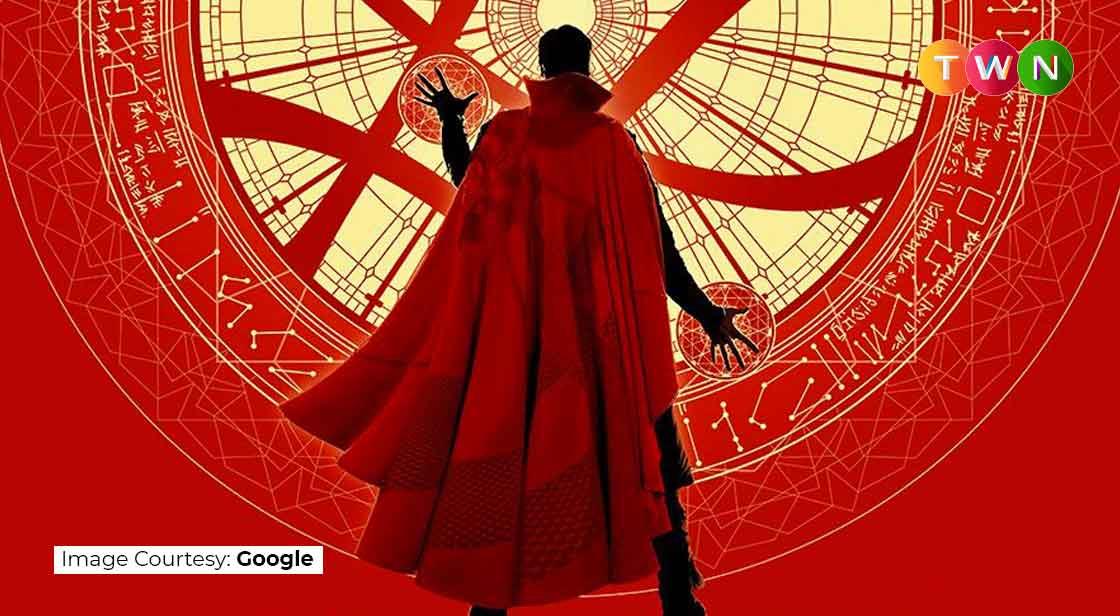 If you are a marvel fan or a superhero fan, you must have come across a term called the multiverse, but comic books are not the industry that gave an origin to the multiverse. It is a theory that is based on scientific research. Comic books have used this term for a very long time, and now they are even introducing it to the cinematic universe. So, get ready as I am about to blow your mind. By the end of this article, all your confusion about the marvel multiverse will be cleared, and finally, you will be able to sleep peacefully at night. #TWN

After the release of Spiderman-No Way Home, the curiosity about the multiverse has continuously increased, and after the release of Dr. Strange trailer, this curiosity is at its peak, as the title of the movie contains Madness of Multiverse. There are multiple theories, and the internet is flooded with information about this multiverse. We all know that Marvel movies are always a bit different from Marvel Comics, and hence their multiverse is also different. Most of the information available on the internet is from the marvel comics universe. To grasp the information of the comics, we need to go back to the origin stories. We all know that comics have thousands of copies and hundreds of categories, and it is not possible for a mortal being to go through each of them. Hence, we seek the multiverse information from the brief explanations.

Again there are multiple explanations, and most of the time, the person explaining the MCU multiverse tends to fit as much information as possible in his blog or video, which further makes it complex for a newbie to understand. See, the Marvel multiverse is no doubt a vast subject and cannot be fully explained in just a few minutes video or a 1000 word blog. The Marvel Cinematic Universe is still in its infancy, and this universe can be covered within a blog if we focus on highlights and key features. Why most of the people fail to give you the explanation is because they try to explain it to you, in respect of the comics. I am going to simplify things, and in this blog, we are just going to talk about the Cinematic multiverse, not the comic one. Hence, making it easy for you to digest the facts. I will make sure to explain things in such a simple way that you will no longer go on searching for an explanation for my explanation. Ok, enough glorification of myself, let’s glorify this beautiful topic called the Marvel Cinematic Multiverse.

To understand the Marvel Multiverse, we first need to understand what the multiverse is. Till now, we don’t know if the multiverse is real or not, and hence we are calling it just a theory. You can just imagine that, till now, scientists have not even fully explored our Earth, so how can something that is not only beyond our galaxy but beyond our universe can be explored. Yes, I know that we are not here to talk about these scientific terms, but we need to understand multiverse theory before moving any further. Multiverse theory states that: Our universe is not the only universe that exists their thousands or even millions of universes co-exist simultaneously with our universe, and all these universes are an exact copy of each other, but the situations, circumstances, and few other things may differ but, one thing is for sure, each and everything that exists on our universe will exist on the other universes too.

Now the question arises, what has created these multiple universes or the multiverse. The most appropriate answer to this question is choice. See, everything that exists has to have an origin. Even our universe has its origin (big- bang, which is again a theory), and so does the multiverse. It is said that based on our choices, the multiverse is created. Every time you make a choice, you knowingly or unknowingly create an alternative reality in which you made that choice.

Let's understand this theory with an example: When you wake up in the morning, you have two choices, either to get down from the bed immediately or to lay down for five more minutes. Based on your choice, a new reality will be created. Just like this choice, we make thousands of choices in just one day. Don’t believe me? Ok, get ready! I am going to mess up with your brain. Go back to the time when you were in a restaurant. Now, before going to the restaurant you had two choices either to go to a restaurant or eat at home, we know that you went to a restaurant, but when you decided to go to a restaurant, again you had two, sorry, actually multiple choices like: Which restaurant to go? What to order? Whether to eat or get it parceled? How much should you tip the waiter? Whether to order dessert or not? Whom should you invite to go along with you? And so on, each of your choices will create a situation. Each situation will create a reality. Billions and trillions of those realities combined will create a universe, and those universes combined will create the multiverse.

The multiverse was confirmed by The Ancient One in Dr. Strange's origin movie, but it was not until the Loki web series that the multiverse was confirmed. We can say that the multiverse of marvel originated from Loki, but as explained by Kang The Conqueror or The He Who Remains, the multiverse and alternate timelines have always existed, and once he was able to find out that, he fought with all his variants from all the realities and then established a sacred timeline and merged all the realities into one and to make sure that no other timeline is created other than the sacred one, he established TVA to destroy any other timeline that has been created. But when Silvi (Female Loki) killed He Who Remains, everything was again messed up, and millions of timelines were created, which gave birth to the Marvel Cinematic Multiverse. So, although Silvi never established the multiverse, she was the one who recreated it. So, I am providing all this explanation assuming that you have already watched the Loki web series. If not, sorry for the spoilers.

Realms and Dimensions of the Marvel Multiverse

“This universe is only one of an infinite number. Worlds without end. Some benevolent and life-giving. Others filled with malice and hunger. Dark places where powers older than time lie ravenous…and waiting.”

With multiple and endless dimensions and reality comes multiple and furious dangers. The Ancient One warned about this to Dr. Strange a long time ago, in the origin movie of Dr. Strange, in the Kamra-Taj. Most of the dimensions of Dr.Strange are based on this theory that is Good, Evil, etc.

The Dimensions of Dr. Strange

Remember the time when Dr. Strange first met the Ancient One. He realized the true scope of existence after his soul traveled through multiple dimensions. Some were beautiful, while others were a nightmare. Let’s take a look at each of them one by one.

In this dimension, the soul exists apart from the body. The Mystic masters possess the power to leave their physical form and exist in this dimension as a pure form of energy. We first saw this in Dr.Strange when the ancient one Separated the soul of Dr. Strange from his Physical form.

The Mirror Dimension is an exact copy of the physical world, but the events that take place in this dimension do not affect the physical world. It could be concluded: As a big mystical training ground, and sorcerer may only access this realm with his ring. This Dimension can be used for training and inheriting new powers by the Mystical Masters.

Often referred to as the Hell Dimension, this dimension consists of the most powerful and dynamic dark powers. You can also see this realm as all the worlds consumed by Dormamu. This realm is often used by the Mystics, who want to attain supreme powers but messing with this Dimension can be very drastic.

Ok, now let's take a look at other realms and dimensions that are related to other Marvel characters.

The Soul Stone and Soulworld

Whenever someone used the soul stone, they got transferred to a world that was different from our world, and that world is known as the soul world. Remember when Thanos used it, he got transferred to the realm where he met his adopted daughter Gamora as a child, and also when hulk used it, he also went there, but we were never shown what he actually encountered there, and even Tony Stark saw his daughter as a young woman in a deleted scene of the Endgame. The soul world is necessarily not just a realm where people get transferred due to the usage of the soul stone, but it might be a dimension where the souls get transferred after the death of their physical form.

A realm that creates a portal for time cannot just be a realm where the smallest materials exist; it's got to be much bigger than its size. In the Avenger Endgame, the Thanos was defeated because of this realm. There are also theories around this realm. One of them is that the sacred timeline or the TVA might exist in this realm.

The Future of marvel multiverse

The multiverse was introduced to us by Dr.Strange, and the Ant-man movie showed us how other dimensions can affect our world, and who can forget how Endgame revealed what manipulating Time and Reality could do to our destiny. The Marvel Multiverse saw a huge expansion with WandaVision, Loki, and Spider-Man: No way home. The Marvel Cinema’s future will be dependent on the Multiverse and will fundamentally change the whole scope of Superhero movies. The Multiverse theory made us realize that we know very little, and no Mortal can gain all the knowledge even if he dedicated his whole life to it.

With the release of Dr. Strange’s Madness of Multiverse, so many questions have arisen. We glimpse Dr. Strange’s alter ego did even see Wanda, but she did not seem to be herself. We even saw American Chavez ( A character which can travel into different multiverses with her star portal), we might see most of the multiverse travels through her only, Dr. Strange was even arrested by some mysterious multiversal group, and if we believe fan theories, we might even see Tom Cruise as Iron Man from some other universe. Not everything could be clarified with a 2 minutes trailer, but one thing is for sure, this Summer Break will probably be the best one, but right now, the only thing we can do is wait.

Spiderman: The Exciting Journey to ‘No Way Home’

Watch These Bolly-Biopic: Acknowledge The Power Of Women