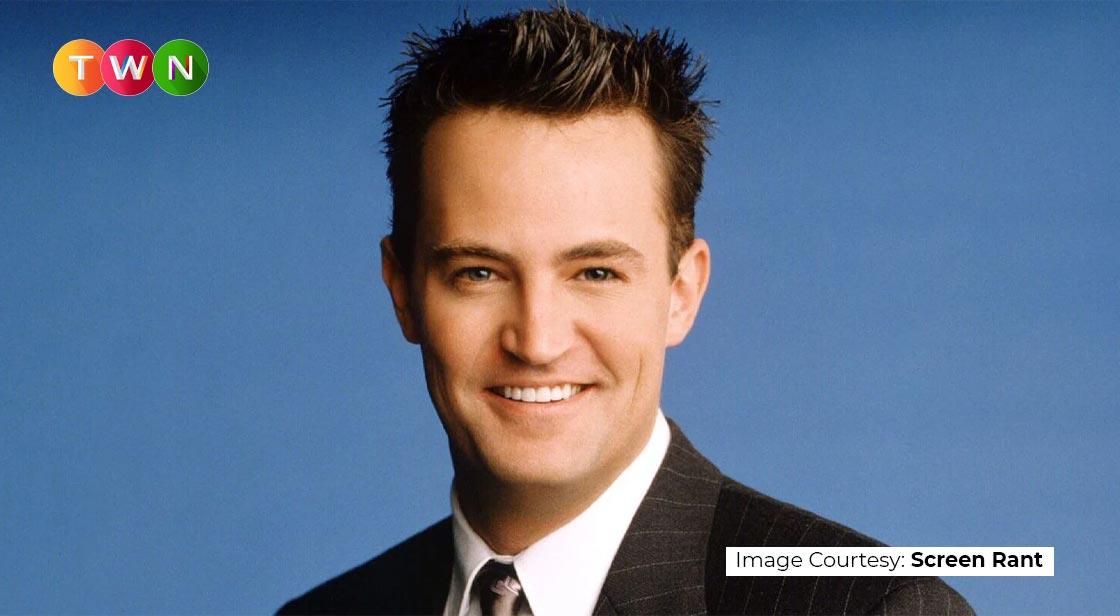 If you also make jokes when you are uncomfortable, you would want to read on. Yes, this blog talks about the iconic Sitcom character – Chandler Bing. #ThinkWithNiche

Laughter is the best medicine, but Chandler Bing has brought tears in the eyes of millions and caused cheeks to ache, out of laughter, of course! If I could get a penny for every time I laughed, recreating the funny comments he used to make, I would be a billionaire by now. On behalf of a million worldwide fans, I humbly submit, there wasn’t, and there won’t ever be a better character! Was it too emotional? Well, Monica opened the gate, and it’s still open! If you know, you know!

Too many jokes, must mock Joey!”, do you know who said this? It was said by our beloved king of sarcasm, the improvisation wizard, Matthew Perry, aka Chandler Bing, in the American sitcom FRIENDS. Chandler is one of the characters in this sitcom who brought laughs through his impeccable comedic timing and sarcastic comments. You might fail to recall the actor who played the character, but you can’t forget the character even in your dreams. To refresh our memories and recall the character we love, let’s go down memory lane to know who Chandler Bing is!

Who is Chandler Bing?

Chandler Bing is friends with Ross, Rachel, Joey, Phoebe, and Monica (whom he’ll marry in later seasons of the sitcom). He was born to Nora Tyler Bing (erotic novelist) and Charles Bing (cross-dressing burlesque star) on April 8, 1968. His father later changed his name to Charles “Helena Handbasket” Bing after opening an all-male burlesque show in Las Vegas and naming it ‘Viva Las Gay-gas.’ At the very young age of 9, his parents broke the news of their divorce to him, which led him to use sarcasm as a defense mechanism, which we’ll see throughout the ten seasons of this G.O.A.T sitcom. Also, because of their divorce, Chandler got addicted to smoking. The reason for the divorce was that his father always wanted to run away with their house boy whom chandler imitates every Thanksgiving, ‘Some More Turkey, Mr. Chandler?’ He always talks ill about his parents due to their negligence towards him and their absence from his early life when he needed him the most. He has developed the fear of commitment, and you can see it during his on-off relationship with ‘OH MY GOD!!’ lady aka Janice (portrayed by Maggie Wheeler).

How did he become friends with the rest of the cast in the show?

Our sarcastic guy studied with Ross Geller in college. During their freshman year, they became friends and also joined a band. In 1987, he met Monica Geller (Ross’ younger sister) and Rachel Greene, the ever-lasting love interest of his buddy Ross. When Monica introduced herself as Ross’ younger sister, Chandler, after seeing her overweight, scoffed and said.” Yeah, right!!” Monica didn’t like when Chandler called her fat. During Thanksgiving of 1988, she turned herself into a swan by losing a tremendous amount of weight. She wanted to take revenge for being fat-shamed, and in all that façade, she accidentally chopped off Chandler’s toe of the right foot. To add fuel to the fire, she mistakenly brought baby carrot to the hospital instead of his toe for reattachment. ’Well done, Monica!’ It is the reason why Ross calls him ‘Sir Limps-A-Lot’!

After 1987’s thanksgiving, our man moved to apartment #19, which was just opposite where Monica lived in New York City. No matter where he is, his sarcasm is always on point, and his friends know it. Soon he got a roommate with whom he bonded way better than the entire gang of ‘friends’ His name is Joey, a struggling Italian actor with the worst Italian accent. Wait until you watch him learn French from Phoebe. Joey has always been the target of Bing’s sarcastic comments.

Chandler met Phoebe when she was the roommate of Monica Geller in apartment #20. Phoebe is the goofiest character you’ll ever meet. She was raised on the streets and had become a tough one when she met the group. She was the one who mugged Ross in the alley many years back. Chandler got good competition with her whenever he tried some sarcastic comments. Although he had met Rachel in early Thanksgiving in Gellers’ home, he met her again, but this time in a coffee shop. As Ross revealed that his wife Carol, who is lesbian and had moved out with her lover, Chandler added,’ Cookie?’ as a sarcastic comment to Ross’ misery. Joey scoffs and wonders why Ross never came to know about her wife. To this, Ross tries to justify that no one knew Carol was a lesbian, not even Carol herself. Chandler unknowingly mutters his thoughts about being a lesbian. Noticing what he said, he asks the gang if he said that loudly. Haha, classic Bing! Ross just wishes to be married, and at the same time, someone enters Central Perk (the coffee house)! Guess who? It’s Rachel, all drenched and wearing a wedding dress. To this, our Chandler points out to the door and says, “And I just won a million dollars,” wishing a bag of million dollars walking towards him! We all have!

Now and then, Chandler makes such sarcastic comments even when you ask for a simple piece of advice. And that is the reason why we love Mr. Bing so much.

If you want to see him in action, grab some pizza, hop into the chair, and get it on with FRIENDS.

Matrimonial Standpoints of Jews Christianity and Islam in Current Era