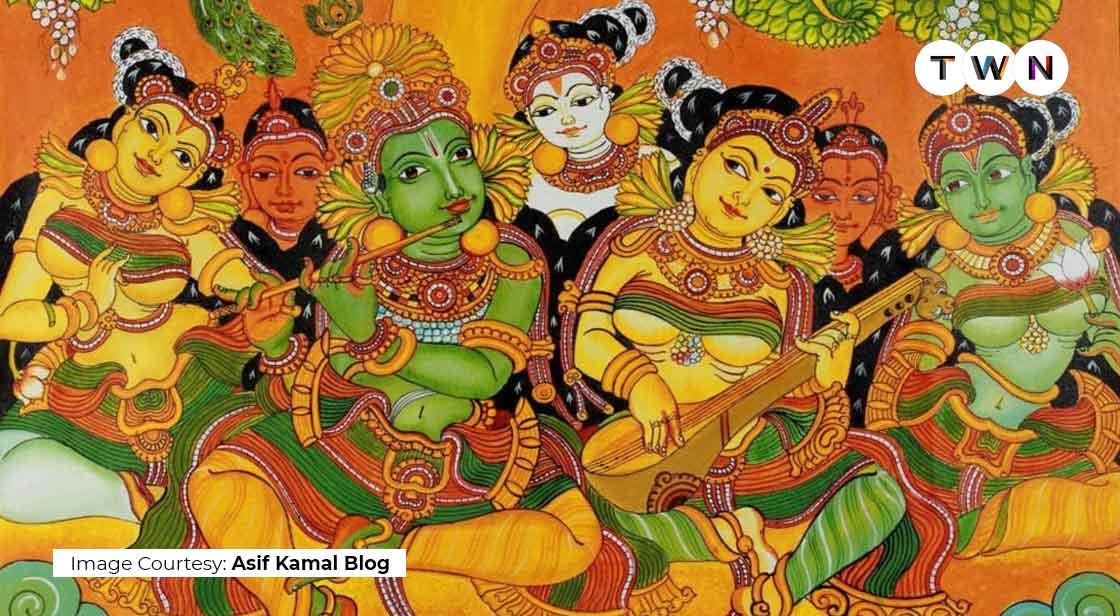 India has a rich culture and heritage that dates back thousands of years. We have a long history of folk art as a result of it. Learn about five beautiful Indian traditional paintings. #ThinkWithNiche

India has a long history of art and art forms, which are unfortunately neglected by Indians, who are oblivious to their rich history and heritage. We have turned a blind eye to the art scene that has always been in India from ancient times because we were obsessed with science. It's difficult to keep track of all of the different types of folk art and art forms that have emerged from Indian soil. Many art styles, however, have been overlooked.

But fortunately, the wheel of life has kept many other traditional Indian folk art alive. While they may not be popular amongst the masses, they surely have a niche audience that understands it and wants to preserve it for the next generation. Let's learn about five such traditional and beautiful Indian folk art.

This form of painting went way back to the Ramayana era and was grown in the soils of Nepal and Bihar. Madhubani painting, or popularly known as Mithila painting, is a form of painting practiced by the womenfolk and was traditionally practiced on walls or nuptial chambers of newlywed couples. The painting involves a beautiful and delicate depiction of our natural habitat, covering many animals, flowers, and plants. Madhubani art is extensively inspired by Hindu mythology, and remnants of it may be seen in the paintings.

Pattachitra is a thousand-year-old art form that originated in the Indian state of Odisha. Pattachitra, which roughly translates to paintings on leafy canvas, is again known to have derived from Hindu mythology. The major figures involved in this art form is a depiction of various Hindu figures such as Vishnu and his ten incarceration, Lord Ganesha, and a few others. Creating a Pattachitra is a skilled task that requires more than a week. The preparation of 'Patta' or canvas itself takes five days. Pattachitra painters are known as Chitrakars.

The Nakashi artform, which originated in the state of Telangana, is largely inspired by Cheriyal scroll painting. Cheriyal paintings, like Nakashi, were likewise about telling stories in a lovely and delicate way. The scroll was reported to be 40-45 feet long and utilized to tell a complete story with the many characters. The Mahabharata and Ramayana are among the Indian mythologies and customs featured in the Cheriyal scroll painting.

Kalamkari is a pristine form of storytelling through painting and was made popular by musicians and painters who were known as Chitrakattis. Chitrakattis used to travel to different villages and narrate great stories from Indian mythology through large canvases with dyes extracted from various plants. The canvas, in this case, was a huge cloth that was dipped in milk and then dyed in the sun. Chitrakattis used bamboo sticks or date palm sticks to create colorful designs.