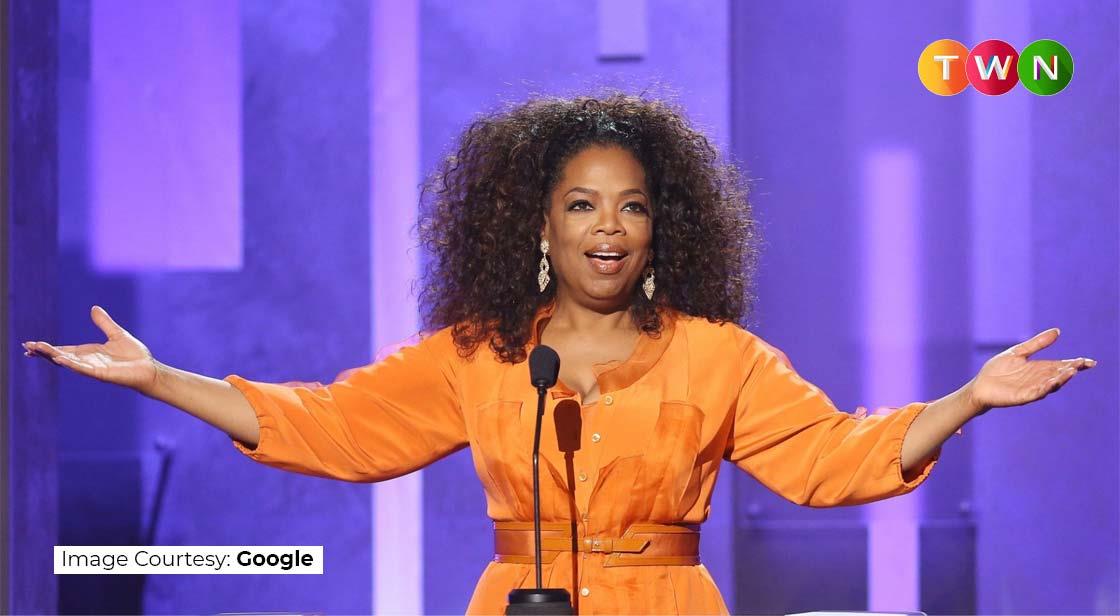 Oprah Winfrey is an inspiration for millions and it is our duty to talk about the values Oprah Winfrey has and how it is shaping the world. We are covering Ms.Oprah Winfrey success story how he struggled to become successful on her life..ThinkWithNiche is presenting you with a success story of a professional who developed a niche for herself and has gone on to become an icon in the business world. #TWN

Oprah Gail Winfrey, better known as Oprah Winfrey, is a well-known American television personality and philanthropist who is best known for her multi-award-winning show "The Oprah Winfrey Show." From 1986 through 2011, the show was nationally syndicated and became the highest-rated show of its sort in history. She has been dubbed the richest African American of the twentieth century, America's greatest black philanthropist, and the world's sole black billionaire. She has been dubbed "the most powerful woman in the world" and appears on every list of the world's major opinion-makers. This is her story and we will cover the success story of Oprah Winfrey.

Through her successful talk show, the talk show queen became a pioneer in confessional television, pushing discussion of formerly taboo themes such as incest, rape, sexual abuse, and despair. However, nothing came easy for Winfrey, who endured a time of extreme adversity during her upbringing.

Winfrey was born in rural poverty on January 29, 1954, to an unwed teenage mother. Her mother traveled around looking for work while she was growing up on her grandmother's farm in Kosciusko, Mississippi. Despite the challenges of her physical circumstances, Winfrey was loved and nurtured as a brilliant youngster by her grandmother and the church group. She began reciting poems and Bible verses at local churches at the age of three. At the age of six, her world was turned upside down when she became a victim of child abuse, which lasted from the ages of nine to thirteen. She moved to Nashville, Tennessee, emotionally distraught, to live with a man she referred to as her father. Vernon Winfrey was a rigorous disciplinarian who made it a point to provide a secure environment for his daughter.

Also Read: 50 Most Popular Women In The Entire World

Winfrey found consolation in literature as a lonely child. A seventh-grade teacher recognized her intelligence by awarding her a scholarship to a better school. Winfrey thrived in this disciplined atmosphere, rising to the rank of honor student and receiving awards for oratory and theatrical recitation. Winfrey's ability to act in front of an audience and her spontaneity in answering questions helped her win beauty pageants and gain her first taste of fame. She won Miss Black Tennessee at the age of 17 and was then offered an on-air job at WVOL, a radio station in Nashville that caters to the African-American community.

Winfrey continued to work at WVOL during her undergraduate years, but her broadcasting profession provided her with other opportunities. She had dropped out of school. She took a job as a reporter and anchor with a local television station. She'd discovered her medium. She went on to host A.M. Chicago in 1984, which later became 'The Oprah Winfrey Show.' It was syndicated in 1986 and quickly dethroned Donahue as the country's most popular talk program. When Winfrey started the show, she was 32 years old. The show grossed USD 125 million in its first year, thanks to its placement on 120 channels and a ten-million-strong audience, with Winfrey earning USD 30 million, making her a millionaire.

She quickly took control of the show from ABC, putting it under the authority of her new production firm, Harpo Productions ('Oprah' spelled backward), which was able to generate more revenue via syndication. Harpo is now a major player in the cinema and television industries, as well as magazine publishing and the Internet. The show won three Daytime Emmy Awards in 1987, its first year of eligibility, for Outstanding Host, Outstanding Talk/Service Program, and Outstanding Direction. The next year, Winfrey became the youngest individual to be named "Broadcaster of the Year" by the International Radio and Television Society. Celebrities and politicians used the cult show as a powerful platform or go-to location to promote new businesses and publicly repent for their transgressions. It made America fall in love with Winfrey, who captivated audiences with her moving performance as Sofia in Steven Spielberg's 1985 version of Alice Walker's classic The Color Purple. She was nominated for an Oscar and a Golden Globe for Best Supporting Actress for her outstanding performance.

According to one estimate, her backing for Barack Obama from 2006 to 2008 resulted in over a million votes in the close 2008 Democratic primary contest. Her conversation with Michael Jackson, the controversial entertainer, received a hundred million viewers, making it the most-watched interview in television history. Another endeavor, the 'Oprah Book Club,' which began 15 years ago and now boasts nearly 2 million members, has championed 65 works. Winfrey once gave every one of the 276 people in the audience a new automobile during a show. She has also established herself as one of the most generous philanthropists in the world. Oprah's Angel Network began awarding a USD 100,000 "Use Your Life Award" to persons who served as a beacon to enhance the lives of others in the year 2000. She stated in 2009 that she will be ending her famous talk program after a 25-year run. In the coming years, she is expected to concentrate on her cable channel, OWN (Oprah Winfrey Network), which debuted in January 2011.

Her fortune has been described as the highest-paid television performer, the richest self-made woman in America, and the richest African-American of the twentieth century. Because of her historical significance, the University of Illinois produced "History 298: Oprah Winfrey, the Tycoon." According to Forbes, Winfrey was worth over USD 2.7 billion in 2010 and has surpassed former eBay CEO Meg Whitman as America's wealthiest self-made woman. She lives on a 42-acre ocean-view house in Montecito, California, just south of Santa Barbara, and she also owns properties in six other states plus Antigua.

Some Success Quotes of Oprah Winfrey

Now that you know the success story. It’s time to get some inspiration from Oprah Winfrey’s quotes. She says that:

These quotes from Oprah Winfrey will lift you and make you face life with a smile.

Some Interesting Facts about Oprah Winfrey

Let’s end the article by mentioning some facts about Oprah Winfrey that will amaze you for sure.

And that’s all folks!