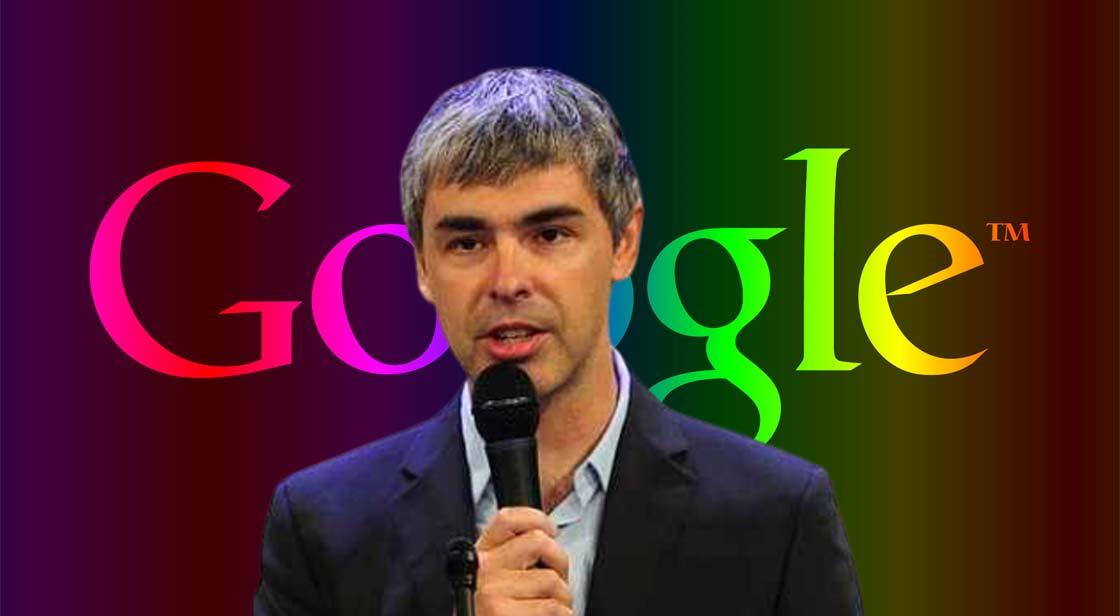 It's difficult to think that one of the world's most powerful CEOs started his business with no knowledge of how to make money. Larry Page, an online hero who led one of the internet's most important enterprises during a pivotal phase in its history, was born in Lansing, Michigan, in 1973. He's also an entrepreneur who can benefit from his exciting, impactful, and fascinating success story. #TWN

Larry Page grew up surrounded by arithmetic and its products, as he was born into a family that radiated computing. Google is one of the most successful technology corporations on the planet. Larry Page and Sergey Brin co-founded Google. No other tech CEO is as mysterious and private as Larry Page, co-founder of Google. Since reorganizing the corporation to establish Google parent Alphabet and leaving Sundar Pichai in charge of a newly streamlined Google more than a half-decade ago, the man who founded Google while a computing graduate student at Stanford University has scarcely been seen or heard from.

From early computers to high-end scientific calculators, Larry's father's love with computing and tremendous developments in the science underpinning early computers instilled in him a strong drive to thrive in the disciplines of computer science and technology. He had early success with computers, becoming the first student at his high school to finish a science assignment using an early computer. His family's preoccupation with technology and distinct style led him to feel early in his youth that rather than working for someone else, he would establish his own business. Both of his parents were professors of computer science at Michigan State University. Carl Victor Page, his father, was a pioneer in artificial intelligence and computer science.

As with all great forecasts, this one came true, when a young Larry Page met Sergey Brin, an immigrant science student from the Soviet Union while studying at Stanford University. They clashed initially, introducing fresh ideas into fights and generally behaving abrasively toward one another. They became close friends and 'intellectual equals' for each other over time. BackRub, an early search engine that indexed pages on the school's intranet and made them searchable for users, was born out of their collaboration on numerous initiatives at Stanford. The idea was a huge hit at the institution, drawing praise and comments about how it may help people all over the world have access to information. It also became a significant source of time spent for Page and Brin. Indeed, Google became such a time-sink for the couple that they attempted to sell it multiple times early in its life, frequently for significantly less than you might anticipate. Instead of sales, they attracted a lot of attention from investors.

The site obtained venture capital backing and went on to become one of the most popular and profitable web services in the world. Larry's involvement inside the organization rose as the company progressed. He hired Eric Schmidt, a former software programmer, to lead the company because he felt he was out of his depth. After almost ten years at the leadership of Google, the company's recruited CEO stepped down, putting Page back in charge. Since then, he's grown into a successful and effective CEO, leading the firm on projects such as Android and Google Plus. As a result of his upbringing, he eventually developed an interest in computers. Larry Page was a curious child who used to open up things to figure out how they worked. He once remarked in an interview that he has known since he was a boy that he would grow up to be an entrepreneur and produce something useful. Larry Page decided to become a businessman when he was around 12 years old, and this concept inspired him to learn about businesses.

Larry Page was a student at Okemos Montessori School in Okemos, Michigan. He also holds a Bachelor of Science in Computer Engineering from the University of Michigan. Later, Larry Page completed his post-graduate work at Stanford University and enrolled in a Ph.D. program there as well. At a study project during his Ph.D., he met Sergey Brin. Later, these two individuals changed the face of the technology business by working together.

Sergey Brin and Larry Page spent four years developing an algorithm that connects all of the internet's websites. Essentially, Google was founded to organize all of the world's knowledge and make it freely available to everyone through the use of technology. In September 1996, they eventually succeeded in creating this wonderful algorithm. PageRank was the name of the algorithm that was used to assign page ranks to websites depending on their popularity. Because the most popular results are likely to be the most beneficial, their search engine ranked the online results in order of their popularity, with the most popular results appearing at the top of the search results. Yahoo was a behemoth at the time, and practically everyone relied on its search engine. Sergey Brin and Larry Page, Google's co-founders, offered Yahoo one million dollars to sell Google's algorithms. Because they believed it was too soon for them to start a business and instead wanted to devote their full attention to their studies at Stanford University. Yahoo, on the other hand, turned down its offer. In 2002, Yahoo was allowed to buy Google for the second time, for a price of $5 billion. Yahoo, on the other hand, wanted $3 billion from Google. For the second time, Yahoo has squandered a good opportunity to acquire Google.

Andy Bechtolsheim, the co-founder of Sun Microsystems, gave Google their first $1,000,000 in investment. In 1998, Amazon founder Jeff Bezos and Harvard University computer science professor David Cheriton both invested in Google. Larry Page's career has demonstrated the value of intellectual curiosity, from his early days as a computer genius to his later success as the creator of one of the world's most profitable websites. If you want to be half as successful as the "Google men," you must consider how your ideas will benefit the world, how they will make money, and how they will contribute.