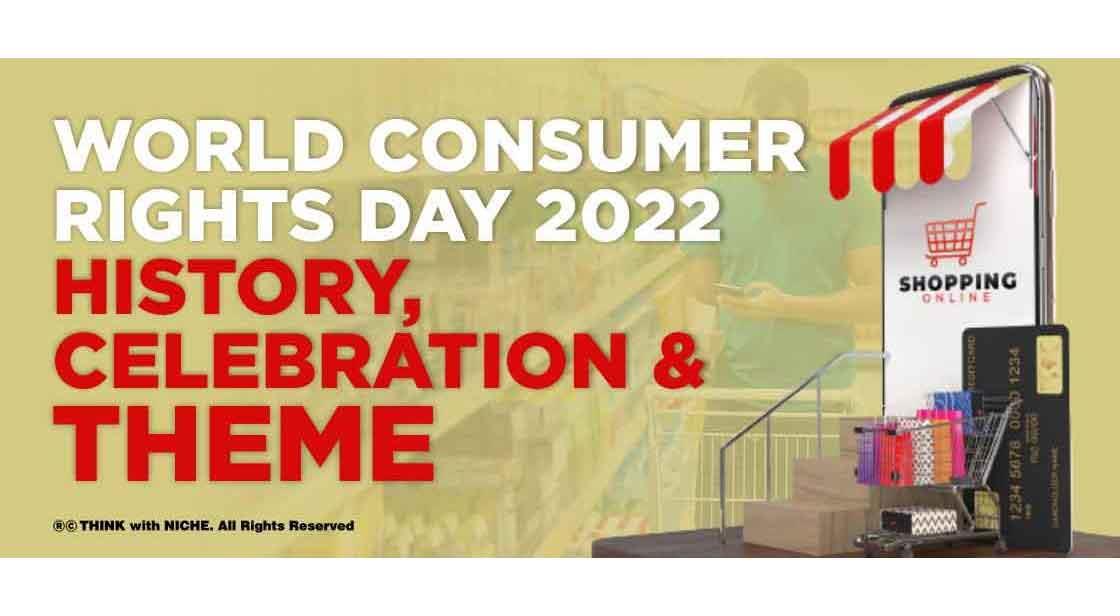 Every year on March 15th, the consumer movement commemorates World Consumer Rights Day to raise global awareness of consumer rights and demands. Celebrating the day is an opportunity to demand that all consumers' rights be recognized and safeguarded, as well as to protest market abuses and social injustices that jeopardize those rights. #TWN

Buyers' rights to know the quality, price, purity, and other pertinent information about the goods and services they wish to acquire are known as consumer rights.

Consumers Rights Day is observed on March 15 to promote awareness about this right. It contributes to worldwide consumer rights awareness and the battle against social injustice.

The day also emphasizes the importance of a fair, safe, and sustainable marketplace, which has not always been the case. Consumer rights also underline the importance of treating individuals from all walks of life with respect.

When and where will World Consumer Rights Day be commemorated?

This day is commemorated all across the world on 15th March.

Consumers, shopkeepers, and business organizations are all invited to the celebration.

When was the first World Consumer Rights Day?

The first commemoration of this day took place in 1983.

Who was the founder of World Consumer Rights Day?

The ceremonies of this national day began on March 15, when US President John F Kennedy delivered an address to the US Congress.

Consumers have the right to know everything there is to know about the products and services they want to buy. Let's take a look back at the day's events.

Elizabeth Schadee founded the International Organization of Consumer Unions (IOCU). Consumers International was born out of this group.

For the first time in history, a day was set aside to raise awareness about the rights of buyers.

The year 2021's topic was "plastic pollution." Plastic pollution is one of the most important problems confronting the globe today. Its goal was to bring attention to the seriousness of plastic pollution and to identify long-term solutions to the plastics dilemma. Previous festivities have focused on other critical topics.

Every year on March 15th, the consumer movement comes together to highlight a major issue that affects consumers around the world. Fair Digital Finance was chosen as the worldwide subject this year by the Membership of Consumers International, which represents 200 consumer organizations from 100 countries.

The number of people who use digital banking is estimated to reach 3.6 billion by 2024. In the developing world, the percentage of account holders that send and receive payments digitally has increased from 57% in 2014 to 70% in 2017. Digital finance opens up new possibilities, but it also introduces new risks that could result in unfavorable consumer outcomes. The most vulnerable may be more likely to be left behind as a result of digital money.

The first-ever worldwide dialogue on the consumer vision for fair digital finance will take place on World Consumer Rights Day.

People talk about consumer rights and raise consumer awareness on this day.

The best approach to commemorate this day is to learn more about consumer rights and to take action to raise awareness.

Different countries have different norms and procedures, and understanding them will enable you to make more educated decisions. Other methods to commemorate this day include attending online lectures and engaging in campaigns. You can speak out against plastic waste and other environmental consequences of the buyer-seller interaction.

Consumers International isn't afraid to say what it thinks.

Consumers International is a federation of consumer organizations that has previously focused primarily on physical products such as safe car seats and dependable appliances. Significantly, CI is entering the financial services market for the first time this year.

World Consumer Rights Day is on March 15, and CI has chosen financial services as its focus as part of its Consumers for Fair Financial Services campaign. It is urging the G20 to adopt its consumer protection recommendations in financial services. This campaign will also be highlighted at CI's annual forum, which will be held in Hong Kong in May. Consumers International primarily represents consumers in higher-income countries, making the G20's financial inclusion initiative a pertinent focus.

We at Think With Niche are pleased that CI is addressing this issue. We look forward to collaborating with CI to ensure that the global client protection movement meets the needs of low-income people in low-income countries, as well as credit card users in the United States and Europe.

As a result, we're very excited about World Consumer Rights Day this year, and we hope you are as well.