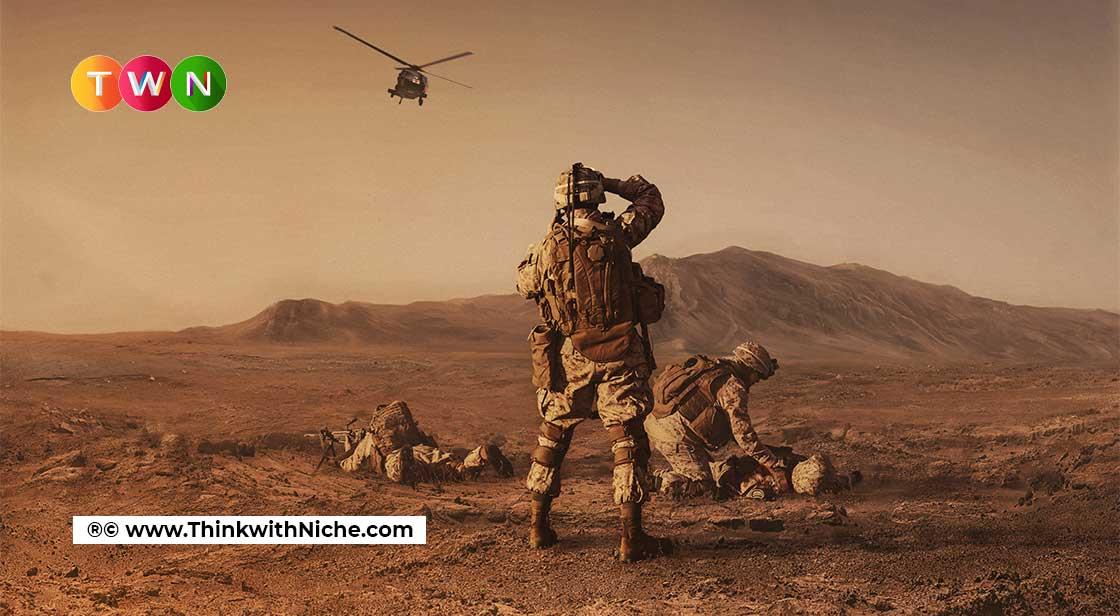 We are nearing Republic Day, and our hearts are full of pride for our beloved nation. The word 'Pride' instantly reminds us of our Indian Army, our dear soldiers who protect us day and night! However, do you know these facts about our Indian Army? We bet you don’t! In this blog, let us learn about them. #ThinkWithNiche

We are fast moving towards Republic Day that falls on 26th January 2022. We will be celebrating 73rd year of our constitution. It is a significant achievement and indeed a big occasion! And when we remember Republic Day, how can we forget the grand Republic Day Parade that we get to see every year! The sight of our beloved soldiers marching together at the beat of a patriotic song is a joy to watch! You feel proud that you were born in the same motherland as them, and I don't think any other country can boast of having such a majestic and splendid Republic Day Parade! And that brings us to the cause of our pride and enthusiasm, our Indian Army!

The Indian Army is not just a security force, but it is a field that commands immense respect and regard from a billion citizens of India. After all, we are indebted to them. They stand erect on our borders day and night that we may sleep comfortably in our home. We do not have to worry that the enemies would barge into our nation and destroy our lives! We know that our soldier brothers are there to save us in times of danger. The cold wave makes us jittery, but the soldiers are braving heavy snowfall and freezing weather to let us enjoy a good hot cup of tea on our quilts. Such is our Indian Army! Brave, Firm, and Determined! We have already seen it in the Kargil war or the surgical strikes against the militant hubs in the Pakistan Occupied Kashmir. No wonder the untimely death of General Bipin Rawat in the unfortunate helicopter crash ignited a grievous response across the country! It is the position of the Indian Army in our eyes. The respect and dignity enjoyed by the Army inspire many youngsters to join it. How great is our army! But do we know it that well? We bet you didn’t! Did you know that the army was formed in the year 1776?

The Formation of the Indian Army!

The British Administration created a military department within the East India Company in 1776 at Kolkata. Their motive was to record the orders given by the different departments of the East India Company to the regions under their control. According to the charter of 1833, they divided the East India Company into four departments with a military department included in it. So the army of Madras, Bengal, and Bombay worked separately as the Presidency armies. On 1 April 1895, however, all these separate units were unified and made a single unit called the Indian Army. The Indian Army played a crucial role in maintaining the predominance of British India in India and throughout the world! In 1947 when India attained Independence and the tragic Partition took place, the Indian Army was divided between India and Pakistan. The Indian Army officers replaced the British Army officers. Since 26 January 1950, our Republic Day, Indian Army officers who formerly held Kings Commission ranks got reinstated as Indian officers.

The Supreme Commander of the Indian Army!

Indian Army Base spread Across the Nation!

The Indian Army has as many as 53 Cantonments and 9 Army bases spread across India. Kanpur Cantonment is the largest Cantonment, both in terms of Population and area. According to the 2011 Census, the Cantonment has about 108,035 inhabitants. The Barrackpore Cantonment is the oldest. It is based in the North 24 Parganas District in West Bengal.

The Siachen Glacier is the highest battlefield in this world. It is based in the Eastern Karakoram mountain ranges in the Himalayas, just North East of the point NJ9842 at the end of the Line of Control between India and Pakistan. It is under the control of the Indian Army. And the best part is that the Indian Army is best in Mountain warfare.

Largest Volunteer Army in the World!

Can you imagine that the Indian Army is the largest Volunteer Army in the world? As we know, a Volunteer Military system is a military system that operates without any compulsory conscription. It means that the applicants are not under any compulsion to join the army. It is their wish to join it! It is indeed a matter of great pride to know that we have the maximum number of soldiers willing to give their life for the country.

One of only 3 Cavalry Regiments!

Remember that wonderful sight of the soldiers coming mounted on horses with red and white flags? O', what a proud moment it is! It is the 61st Cavalry Regiment of the Indian Army. And what's more, there are only 3 Cavalry regiments in the world, and our motherland India has one of them. It is based presently in Jaipur, Rajasthan.

India is indeed a peace-loving nation! And it is evident by the fact that the Indian Army is one of the biggest contributors of troops for the peace-making missions conducted by the United Nations Organization. India has taken part in 49 peace-keeping missions of the UNO up till now. The total contribution has been over 1,95,000 troops.

The Bailey Bridge was built by the Indian Army!

The Bailey bridge in Ladakh is the highest in the world. The Indian Army built it in the year 1982. It is 30 km long and is located between the Dras and Suru rivers in the Himalayas. The Bailey bridge is a type of portable bridge. It is so light that it does not need a crane to carry the parts. It can be put into place by the use of hands. But it is so strong that it can carry army tanks. The British developed it during World War II for military purposes.

The President's Bodyguard is the oldest armored regiment of the Indian Army. It is a well-equipped and mounted (soldiers mounted on horses) unit. The main function of this unit is to escort and protect the President. Due to this reason, it is based in the Rashtrapati Bhavan, New Delhi. It was established in 1773 at Benaras by Governor-General Warren Hastings. There was no cavalry at that time. So the British administration included a mounted infantry to serve as the Personal Bodyguard of the Governor-General. Now they are seen alert and cautious escorting the President on big occasions.

Indian Army is perhaps the best in Jungle Warfare throughout the world! The Mizo-Militancy in the 1960s motivated the Indian Army to open this school for the soldiers. It feels great to know that soldiers around the world are coming to India to learn Jungle Warfare!

How proud we feel today about the achievements of our Indian Army! It is the second-largest military force in the world, and we cannot stop singing songs of its bravery and valor. Our soldiers mean a lot to us. So let us dedicate this Republic Day to the patriotism and wholehearted service of our Indian Army. Many Salutations to you, dear soldiers!

If the same enthusisams and patriotism beats in your chest, here are two more articles for you. Click on the link below to explore!

Indian Navy Day: History and Meaning of the Day