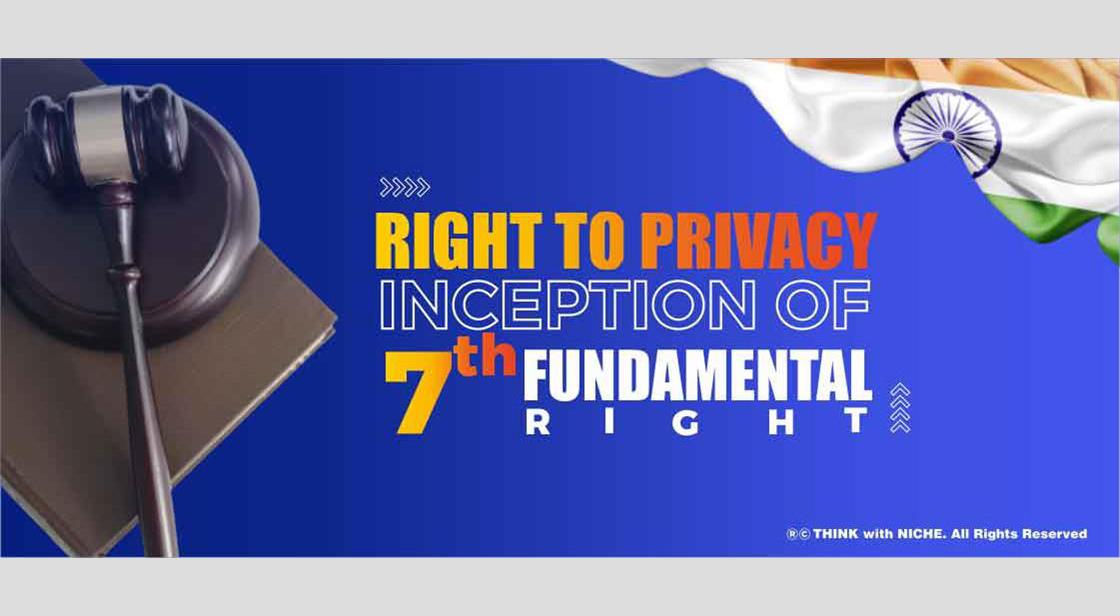 •  Right to freedom of religion

The right to privacy is the right of a person to be left alone without being disturbed or being observed by anyone. The right to privacy has been a hot topic of debate at international levels. To deal with certain threats internationally, the agencies such as RAW, Interpol, CIA, and GCHQ use the information to diffuse any situation and to keep eyes on through surveillance.

How did the right to privacy become a fundamental right?

This decision came after the case of Puttuswamy v. Union of India, where Puttuswamy challenged the validity of Adhaar (a biometric identity scheme). All the judges in the case signed the one-page order, which made it a fundamental right. This one-page order has many reasons behind it, which were put forward by the judges in 547 pages. The additional opinion of the six judges was also taken into consideration. It created a framework to guard privacy in India. These opinions given by the panel and the judges marked privacy as an inalienable right and intrinsic to liberty and dignity.

Right to privacy has been in the talks for quite a few years (60 years, give or take). Two cases shed light on The Right, with divided opinions. M.P Sharma v Satish Chandra and Kharak Singh v The State of Uttar Pradesh (in 1954 and 1962, respectively).

As per these cases, The Right to privacy was not a fundamental right. The Case of MP Sharma was a peculiar one. The bench said that the drafters who drafted The Constitution of India had no intention of subjection the search and seizure to The Right of privacy. In the case of Kharak Singh, a police regulation got invalidated by the decision. It said that the nightly domiciliary visits were, in fact, an authorized intrusion that violated the liberty of the person in his home.

The decision of the Puttuswamy case came at the same time as the adhaar was going out at full speed. This ambiguity on the nature and privacy (as a right) scope has allowed the government to use the residential data. It formed a database of the biometric identity of 1.25 billion Indians. The original motive for this identity biometric was to make sure every individual gets the benefits of the government schemes. Now, this scheme has the widest acceptance as proof of identity.