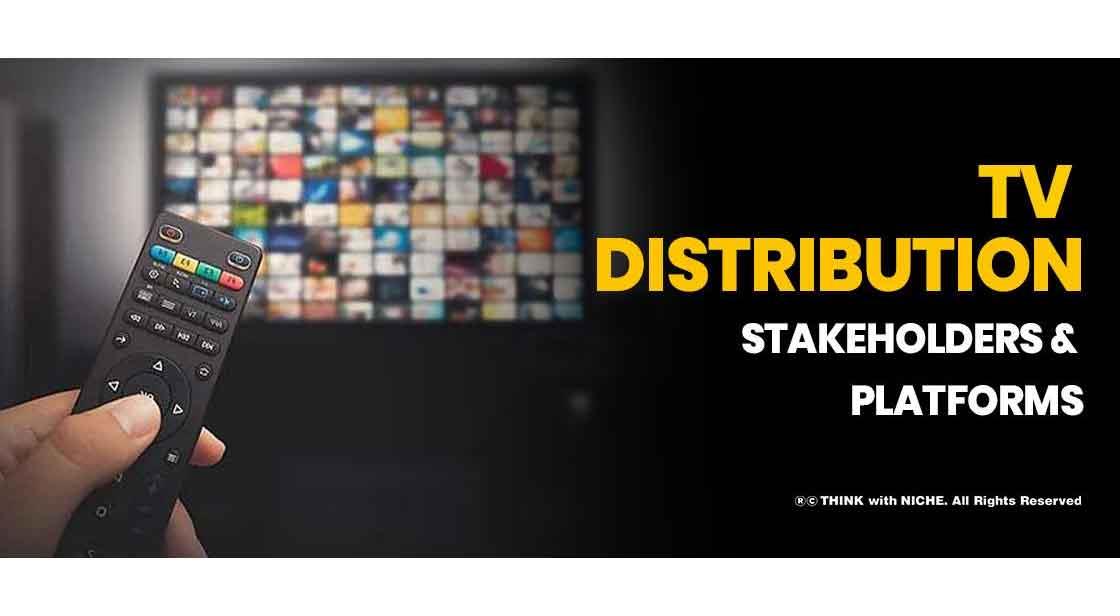 distribution of channels is what makes a business profitable. Read below how Tv industry distributes its services through different operators and who are the stakeholders in the game?#ThinkWithNiche

Nothing can be better said. In the television business, distribution refers to the action of delivering 'content' — that is the program - to the viewers on their TV screens.

In India distribution has developed its own character owing to varied business practices and regulations.

There are three key stakeholders in television distribution.

The broadcasters initiate the process by producing content that must be distributed if it has to have any relevance.

They can also be called aggregators as they take control of the content produced by several broadcasters and distribute their content using different technologies and different last mile strategies.

Related: 5 Reasons Why People Should Have Or Use Credit Card In 21st Century

Over the years, four kinds of DPOs have evolved in India. They are:

The DTH operator downloads the television signals to a DTH earth station and retransmits the signal through satellite to the personal dish installed at the consumer's home. This has emerged as a major distribution platform in India, with almost 57 million TV homes subscribing to DTH provided by private players in 2019. Besides this, the Doordarshan-owned

DTH was provided by private players in 2019. Besides this, the Doordarshan-owned Free Dish had 34 million subscribers in 2019.

They are large players or aggregators, and are called Multiple System Operators (MSOs). They download the television signals of different broadcasters at their headend and then distribute them through digital cable to the homes of consumers. According to an April 2019 TRAI report, the top 15 Multi-System Operators (MSOs) in India have an active subscriber base of 52.33 million. Of these the top five MSOs are: Siti Networks, DEN Networks, Hathway Digital, GTPL Hathway, and Induslnd Media and Communications Ltd (IMCL).

C. Headend in The Sky (HITS)

In this operation, the distributor combines cable stations to receive multiple signals from a few satellites and retransmits them to the cable operators at their local headend. These signals are then redistributed to consumer through digital cable. There is only one operator that provides HITS in India and that is Hindujas. The operator provides this service in Bangalore.

Related: Is it Possible for a Company to have Too Much Cash?

These operators use the Internet backbone to distribute the television signal. This allows them to stream the media continuously. IPTV is provided mainly by Airtel in Delhi and Bangalore.

They are the smallest players in the distribution chain but the most important. They can truly be called the last mile connectors. They operate out of one or two small rooms but take signals from MSOs or HITS and distribute them in small areas which may be one or few neighborhoods. They also interact on behalf of IPTV operator.

Since the LCO representatives go door to door to get customers, they often become the face of the distribution for the customer. The television industry for most part of its existence would be thankful to these small entrepreneurs who ensure the television signals reached millions of homes. In 2019, almost 105 million TV households were served by local cable operators.