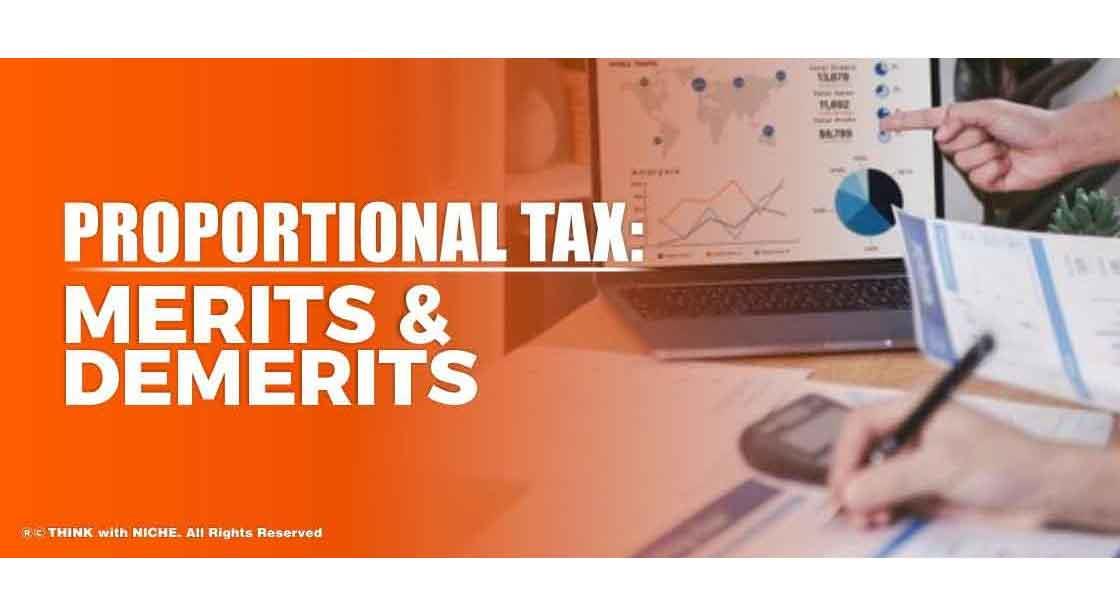 The goal of proportional taxation is to make the difference between marginal and average tax rates more equal. Proponents of proportional taxes argue that they boost the economy by encouraging people to spend more and work more because there is no tax penalty for earning more money. #ThinkWithNiche

Proportional Taxes as an Example

All taxpayers under a proportionate tax system must pay the same percentage of their income in taxes. If the rate is set at 20%, a taxpayer earning $10,000 will pay $2,000, while a taxpayer making $50,000 will pay $10,000. Similarly, a millionaire would pay $200,000 in taxes. Proponents of proportional taxes argue that they boost the economy by encouraging people to work more because there is no penalty for earning more money. They also believe that a flat tax structure will encourage firms to spend and invest more, resulting in more money flowing into the economy.

Proportional Taxation has a Number of Benefits

The first and most important benefit of proportional tax is that because everyone pays the same rate of tax, there is no ambiguity about the rate of taxation, which leads to clarity in the minds of both taxpayers and tax collectors. When it comes to taxes, the majority of people do not understand the tax rates because there are so many slabs and exemptions associated with those slabs, so having clarity about the rate of taxation makes life easier for taxpayers. Another advantage of proportional tax is that it lowers tax evasion by the wealthy. When tax rates are high for the wealthy and low for the middle and poor, the wealthy will attempt every trick in the book to avoid paying taxes, resulting in reduced tax leakage. Another advantage of proportional tax is that it is easy to grasp for both tax authorities and taxpayers, resulting in improved implementation by tax authorities and acceptance by taxpayers.

Also Read: When You Don't Have A Lot Of Money, Here's How To Invest In Expensive Stocks

The most significant disadvantage of proportional taxation is that a large segment of society, namely the middle and lower classes, feel cheated because they believe that those who have more money should pay more tax and those who have less money should pay less tax, but because this system keeps tax rates the same for all, there is frustration and anger among the majority of people in the country, middle and lower class people make up 99 percent of the population.

Another disadvantage of proportional taxation is that because rich and poor people are taxed at the same rate, it creates a huge disparity between them, leading to resentment, frustration, and, in the worst-case scenario, a revolt by the middle and lower classes against the country's affluent citizens and government. Another downside of proportional tax is that the government receives less income than under other tax systems because the tax rate must be kept low to please the poor and middle classes, which leads to a lower tax rate for the wealthy, resulting in revenue loss for the country's government.

It is unavoidable to pay taxes. However, the extent to which they have an impact is determined by the tax structure in place and the amount of money you earn. Because low-income individuals pay a higher proportion of their income in taxes than other taxpayers, proportional taxes have a greater impact on them.