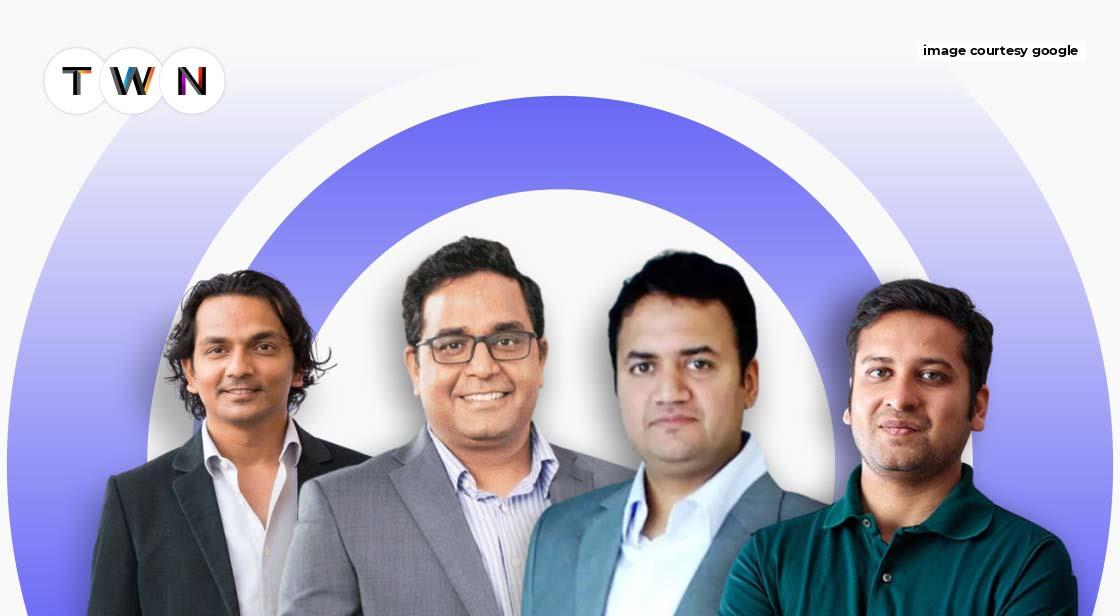 College Dropouts have become cool these days. We all have heard about Mark Zuckerberg and Steve Jobs as college dropouts who made it big in the entrepreneurship world, but we are not going to talk about them in this article. We will cover some of the Indian entrepreneurs who became successful after dropping out of college. Indians, by no means, are bound to the traditional way of success. They created opportunities and made it big globally. A list of college dropouts who became successful is something that will motivate you to follow your passion no matter what phase of life you're in. These people made it happen in their prime education time. Why should you hold back! #TWN

College Dropouts have become cool these days. We all have heard about Mark Zuckerberg and Steve Jobs as college dropouts who made it big in the entrepreneurship world, but we are not going to talk about them in this article. We will cover some of the Indian entrepreneurs who became successful after dropping out of college. Indians, by no means, are bound to the traditional way of success. They created opportunities and made it big globally.

Let’s look at the list of Indian college dropouts who became successful entrepreneurs, and we hope you get some motivation from their stories.

Without any further ado, let’s get started and motivate you to be among them.

Mahesh has invested 29 years advising big brands on marketing and 13 years advising startups on marketing and funding. Nineteen of these years have indeed been spent in digital media. Mahesh dropped out of Osmania University and began selling vacuum cleaners door-to-door. He rose to prominence and received awards as Creative Director for Unilever, The Economist, Pepsi, and MTV, for whom he wrote and directed a series of award-winning advertisements. He is now the founding father of the advertising firm Pinstorm, which provides pay-for-performance solutions to businesses all over the world.

IIT, Delhi must be doing something incorrectly because this is the second dropout who has made 'news.' Yes, Azhar Iqubal is among successful IIT dropouts who made it big. He dropped out of college in his fourth year (seventh semester). He made headlines by presenting News in Shorts, the one and only app that cuts to the chase, delivering only the most important details in a news story to those who are too lazy or don't have enough time to read them all. The app ensures that each piece of news is communicated in less than 60 words. Do you have a minute? Keep up with the world with news in bite-sized chunks. It began as a Facebook page and has achieved such fame that it received INR25 crore in funding three months ago.

As a self-taught programmer and web designer at the age of 13, he developed a natural interest in web application development. Varun founded Kayako in 2001 after noticing a clear gap in the industry for an easy-to-use, consumer-centric approach to web-based ticketed assistance and visitor engagement. He is the CEO of Kayako Infotech Ltd. and supervises the overall direction as the leading product architect, playing an active role in the product line's design and development. After dropping out of college, he founded the company in 2001 at the age of 17, with its first office in Jalandhar. Indian dropouts sure have something up their sleeves always, like Varun Shoor.

Deepak, a computer engineering dropout from LBS College Of Engineering in his fifth semester in 2007, never let books and syllabi chain up his ideas. He decided to break all the bonds forced by the education system and pursued his love for computers, which led him down the entrepreneurial path. He founded Quest Technologies, which allows people to respond to someone else's text-messaged question. His main company was Innoz Technologies, which was behind 'SmsGyan,' which distributed internet knowledge via text messages. His most recent venture, Lookup his most recent venture, is a common market messaging app that allows users to chat with local companies and shops.

Engineers can be anything they want, and Deepak Ravindran proved it. No doubt he is among the famous engineering dropouts in India.

Rahul Yadav, one of the company's co-founders and a 4th-year dropout from IIT Bombay, is the mastermind behind housing's rise. It didn't stop him from accomplishing his goals. He was aware that he was creating a brand and working to resolve an issue that no one had ever addressed head-on. Despite being embroiled in a slew of controversies, he has maintained his cool, resigning and then retracting his resignation or throwing free half of his shareholdings to his staff. This guy exudes confidence and has a brash demeanor.

Can you establish a company from bed? This man did it in 2001.

Pallav Nadhani is the co-founder as well as CEO of Fusion Charts & RazorFlow and also the CEO of Collabion. He founded this company in his bedroom in 2001, at the age of 16, after becoming frustrated with Microsoft Excel's charting capabilities while completing high school assignments. The company used to provide data visualization products as a service and was named one of the NASSCOM EMERGE 50 leaders in 2009.

College dropouts in India fear nothing.

Yet another successful IIT Delhi dropout.

He is an entrepreneur who enjoys coding and instilling new ideas in others. He, along with Nikunj Jain, co-founded Frankly.me with Nikunj Jain with the goal of connecting people via web and mobile. Frankly is a platform designed to broaden the scope of conversations in which people participate. It has onboarded a number of celebrities, and so many people have used the platform to ask them questions and receive video responses in the back. He previously founded Zumbl.com. Despite being an IIT Delhi dropout who was studying Computer Science, he wants to raise the IQ of an average Internet conversation.

Amritanshu Anand, known as the co-founder of Retention.ai. This software enables application developers and marketers to monitor and understand uninstalled users. It also allows businesses to re-target users who have previously uninstalled the app. He began his career as an advisor at IIT Kharagpur's Entrepreneurship Cell, where he ended up working to foster the entrepreneurial spirit in India. Despite dropping out of IIT, he did not let any of it stop him from trying to pursue his interests, which led to the formation of his firm in May 2013.

Ankit Oberoi is the co-founder of Adpushup, which optimizes ads so that publishers and bloggers can gain financially from their established website traffic without requiring any coding knowledge. A/B testing is used by the company to compare different ad variations, such as different placements and sizes. He dropped out of Maharaja Agrasen College during the first semester because he thought it was a waste of time. "You don't have to be at the university to learn something – the Internet can guide you better," he said. His interest in the internet led him to Tamranda Web Solution, which offered web hosting, domain registration, and other services. He worked as the director of Innobuzz before launching Adpushup.

Aren’t these Indian College dropouts motivating you to become a part of this?

When CBI wants you, you must be something. So is Trishneet Arora.

He is not an Indian college dropout but a high school dropout. Yes, Trishneet Arora went from being a high school dropout to becoming a millionaire at the age of 23. He is the CEO and Founder of TAC Security, an IT security firm that protects corporations from security breaches and network vulnerabilities. Today, Arora's firm collaborates with industry titans such as Reliance Industries, the Central Bureau of Investigation (CBI), and the Gujarat Police.

Dropping out is not a bad thing to do if you have a passion for something and you think colleges are not allowing you to explore your full potential. These successful and rich dropouts from Indian colleges show us that if you have it in you, you can become a master without any paper proving your value.

With that being said, we hope we inspired you to look for your passion and turn it into a successful venture, just like these college dropouts did.