International Olympic Day 2022, History | Theme | Significance and Every Insight that You Want 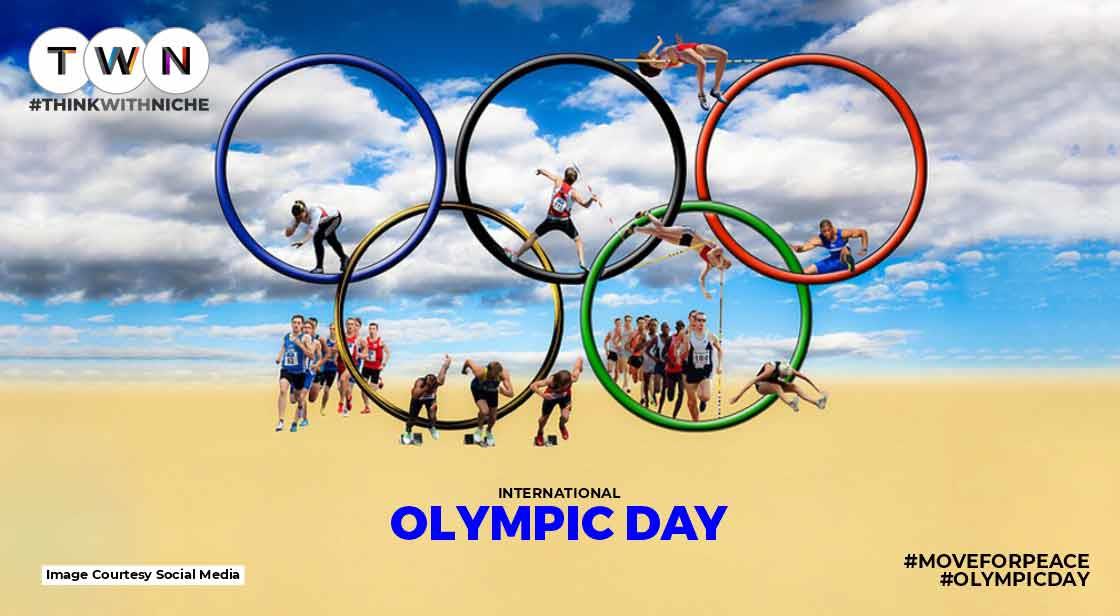 We love sports like we love our lives. Those who are passionate about it know its importance in life, and those who have no idea about sports must know about it. There is nothing greater than the Olympic games to know about different sports, and to celebrate the Olympic games, we have a day known as International Olympic Day. Let’s know more about this day and celebrate the presence of the Olympic Games in our world.

Let’s know more about it.

Together for a peaceful world.

This is the theme that will be followed this year. The theme honors sports' ability to bring folks together and make a contribution to a world of unity and peace. Sports indeed bring people together. We have seen that in almost every sport played, fans spread love even when they are rivals, and that is the message that must be spread with the help of World Olympic Day.

The day is observed by National Olympic Committees across the world to inspire people of all genders, ages, and social backgrounds to partake more in sports. The Olympic movement is built on three pillars: movement, learning, and discovery. The main goal of commemorating the day is to raise awareness about the importance of staying healthy, strong, and active. Several organizations and non-governmental organizations now commemorate the day by hosting sports competitions and welcoming people to participate in any type of game.

Olympic Day is also a chance to celebrate the Olympic values of brilliance, friendship, and respect by organizing Olympic Day activities around four pillars:

To commemorate Olympic Day, NOCs host a variety of sports, cultural, and educational events for people of all ages, genders, social backgrounds, and athletic abilities.

Every country's celebration is distinct. While over 100 nations host their own Olympic Day Run annually, the IOC also welcomes NOCs to design their own Olympic Day events. NOCs on all continents are constantly looking for new and interesting ways for sportspeople and Olympians to collaborate with schools, families, and the general public to learn about Olympic values, try new games, and get active.

Some countries have implemented the event into the education curriculum, and many NOCs have decided to add shows and expos to the celebration in recent years. In 1948, nine countries actively participated in the first Olympic Day, ranging from Austria to Venezuela. Since these humble beginnings, 170 NOCs all around the world have organized Olympic Day ceremonies in recent years. Despite the COVID-19 pandemic, over 3 million people in 116 countries commemorated Olympic Day in 2021.

Activities To Do on World Olympic Day 2022

Why not look up the location of your closest Olympic Day run? Alternatively, simply get involved with your friends or by yourself and use #MoveForPeace.

And, if you participate in any task that demonstrates how the sport is helping to spread peace, tag @olympics on social networking sites with the hashtags #MoveForPeace & #OlympicDay.

Where is the headquarters of IOC situated?
The Headquarters of the International Olympic Committee is situated in Lausanne, Switzerland.

When was the IOC founded?
The International Olympic Committee was founded on the 23rd of June 1894 in Paris, France.