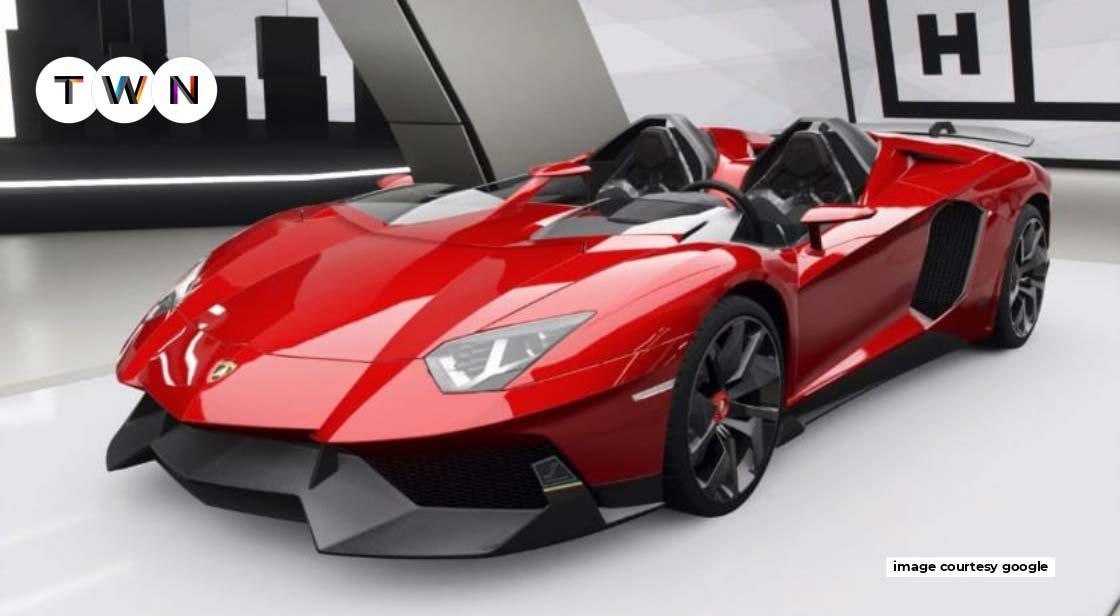 When you have crazy money with you, and you are a lover of speed, what do you do then? You buy a Lamborghini!
They are expensive mean machines, even in dreams. So, if you see a Lambo driving around, be sure to take a selfie and buy one for yourself when you have crazy money. In this blog, I'll tell you about the most expensive Lamborghini to exist on the planet.
You will read about:

Who in this world doesn’t know what a Lamborghini is?

I recently was writing about cars, and a small child asked me what I was doing. I told him about my task, and he said, “Please write about Lamborghini, big brother.” That was when I realized how big this sportscar company is. So, here I am, again, to shower my appreciation for the love of the most expensive Lamborghini cars.

You might wonder, all Lamborghini cars are expensive, then what’s the most expensive Lamborghini this guy will tell us about.

Your question is right, but the answer will justify what I’m saying.

So, pushing the gas pedal, let’s take you on the ride with Lamborghinis. Before that, it’s time for a history lesson.

Do you know what country Lamborghini is from?

It’s from Italy. Sant’Agata Bolognese, to be exact.

If you knew this, then you might also know about the founder of Lamborghini. Ferruccio Lamborghini founded the company that has become the status symbol of successful people all over the world. In 1963, he officially established Automobili Ferruccio Lamborghini S.p.A. to compete with Ferrari. The company was known for employing a rear mid-engine, rear-wheel-drive configuration. Lamborghini expanded quickly during its first decade, but purchases plummeted following the 1973 global financial downturn and oil crisis. After 1973, the firm's possession changed three times, including insolvency in 1978. Lamborghini was purchased by American Chrysler Corporation in 1987 and sold to Malaysian investment firm Mycom Setdco and Indonesian group V'Power Corporation in 1994. Lamborghini was sold to the Volkswagen Group by Mycom Setdco and V'Power in 1998, and it was positioned under the command of the group's Audi department.

Ferruccio Lamborghini, an Italian manufacturing magnate, founded the company in 1963 with the goal of producing a finely tuned grand touring car to contend with products from established automakers such as Ferrari. The first models of the company, such as the 350 GT, were introduced in the mid-1960s. Lamborghini is best known for its 1966 Miura sports coupé, which featured a rear mid-engine, rear-wheel-drive layout.

Let’s not talk about the most expensive Lambos to ever exist.

Most Expensive Lamborghini Sports Car in 2022

The world's most expensive Lamborghinis are some of the most eye-catching sports cars you've ever seen.

However, in order to purchase one, you'll need some seriously strong financial resources.

We're talking at least $1.6 million, but even more, like $6 million, if you want the best!

The Mansory Carbonado Apertos is the world's tenth most expensive Lamborghini. It was sold for $1.6 million several years ago. Mansory reworked it all from the body to the interior of a normal Aventador Roadster to create something unique. The body is made of matte carbon fiber, giving it a stealthy public persona, and the interior is decked out in black and yellow leather with detailed stitching.

The Carbonado GT, which was revealed at the 2013 Geneva Motor Show for aficionados and collectors, is yet another variant in Mansory's Carbonado series. The GT, dubbed "a bull made of carbon" by the Mansory team, is entirely covered in carbon fiber from start to finish. It includes new bumpers, relatively long fenders, and updated side skirts.

The interior is standard for a $2 million supercar. The Lamborghini has two-tone premium leather seating, carbon fiber trim throughout, and contrast sewing, giving it a refined sporty feel. The starter button has also been relocated from the dashboard to the roof lining, and that's something you don't see very often. The Carbonado GT has a 6.5-liter V12 engine, two turbochargers, a totally new sports exhaust system, and ultralight crafted rims with carbon fiber inlays for efficiency.

It was one of Lamborghini's final models before being acquired by the Volkswagen Group. The car was focused on the Diablo and used the same 530 bhp V12 engine. The Pregunta is a prototype vehicle inspired by the aerospace industry. It's primarily made of carbon fiber, with cameras replacing side mirrors and optical fiber strobes throughout the interior.

Lamborghini declared the Pregunta could indeed reach 207 mph and accelerate from 0 to 62 mph in 3.9 seconds. It's unclear whether this is true or not, but it would have been fantastic if it were.

The car was sold for $2.1 million in 2013, making this one of the priciest Lamborghinis in the universe.

The Lamborghini Reventón Roadster debuted at the 2009 Frankfurt Motor Show.

It is the successor to the Reventón, but with some glaring differences, such as a 6.5-liter V12 motor, 661 hp, 487 lb-ft torque, and a top speed of 205 mph. It is identical to the coupe in every way except height and is made of the same carbon bodywork placed over a steel unibody frame. The interior, however, is the star of the show, with aircraft-style multi-mode liquid crystal visuals set in aluminum and carbon fiber casing, a G-forge meter, and a luxury leather interior with contrast sewing.

The Reventón Roadster was restricted to only fifteen autos, and despite a $2.2 million price tag, all fifteen were instantly purchased by aficionados.

This one-of-a-kind, Aventador (limited-edition), was unveiled at the 2012 Geneva Motor Show. It is the sixth most expensive Lamborghini.

The concept car lacks windows and a roof, but it does have a 6.5-liter V12 engine with 700 hp and a single-clutch transmission.

It also has a humongous diffuser on both the front and back, as well as 20′′ front and 21′′ rear wheels with carbon fiber fans to keep the brakes from overheating.

Most of the "luxuries," including the air conditioning and radio, have been removed to make it as light as possible. The seats are made of 'Carbon Skin’ (one of Lamborghini's custom materials), a web of carbon fibers soaked in resin.

Before it could be revealed at the Geneva Motor Show, the Aventador J had already been auctioned for $2.8 million.

The Sesto Elemento Concept debuted at the 2001 Paris Motor Show.

It has a 570 horsepower V10 engine and a 6-speed transmission, and it is almost entirely made of carbon fiber, weighing around 2,200 pounds. In terms of design, think all-black with subtle red styling and the slickest lines you've ever seen. According to Lamborghini, the car can reach 62 mph in 2.5 seconds and has a max speed of more than 185 mph.

In 2011, just twenty Elemento concepts were created, with each one selling out within days of its official release.

In January 2006, the Lamborghini Miura Concept was unveiled to attendees at the Paley Center for Media. The vintage-looking Lamborghini was appointed to memorialize the 40th anniversary of the classic Miura Concept's introduction in 1966. It was designed by Lamborghini's design chief, Walter de Silva, and featured a V12 engine from the Lamborghini Murciélago. It has a superior all-wheel-drive system, a soaring rear spoiler, lower side intakes, textured aluminum louvers, and a slightly wider body than its predecessor.

The Miura is now on display at the Lamborghini Museum in Sant'Agata Bolognese, Italy.

The Egoista Concept is the world's third most expensive Lamborghini.

Lamborghini unveiled the car to memorialize its 50th anniversary. Because of its unique one-seat cockpit inspired by the Apache helicopter, it was appropriately named 'Egoista,' which means selfish in Italian. It was based on a Lamborghini Gallardo and was crafted by Lamborghini's chief of design, Walter de Silva. To get in and out, the canopy door is entirely detachable, and the steering wheel must be removed. It has a 5.2-liter V10 engine that generates around 600 horsepower.

The Egoista Concept, like the Miura Concept, is now on display at the Lamborghini Museum in Sant'Agata Bolognese, Italy.

The Veneno, based on the Aventador, is yet another Lamborghini creation commemorating the company's 50th anniversary.

The Veneno was unveiled at the 2013 Geneva Motor Show as one of the most expensive production models in the world at the time. Its name translates to ‘venom’ in Spanish, and it's one of three cars in the succession that is available for purchase.

The car has a 6.5-liter V12 engine with 740hp and can accelerate 0 - 60 mph in 2.8 secs, with a top speed of 221 mph. The increased power is due to larger air intakes and a handmade customized exhaust system. The Veneno's interior is based primarily on that of an Aventador, but it also incorporates Lamborghini's 'Carbon Skin,' as seen on the Aventador J.

The car was originally priced at $4 million but then was later acquired for $5.3 million, making it the world's second most expensive Lamborghini.

It was unveiled at the 2014 Geneva Motor Show to commemorate Lamborghini's 50th anniversary. The Veneno Roadster is the world's most expensive Lamborghini, costing $8.3 million. The initial asking price was $4.5 million, but the most recent acquisition was for slightly less than $8.3 million.

Now you know which Lamborghini is the most expensive car ever made. Veneno Roadster has just upped the game for other supercar creators, giving them a push to step up in the competition. Ferrucio Lamborghini not only made a car company that took over the world with style and power, but he also showed us what you could do if you take revenge in the sweetest way possible.

Which Hybrid Electric Car Should You Own In 2022

BMW Launched the i4 Electric Car