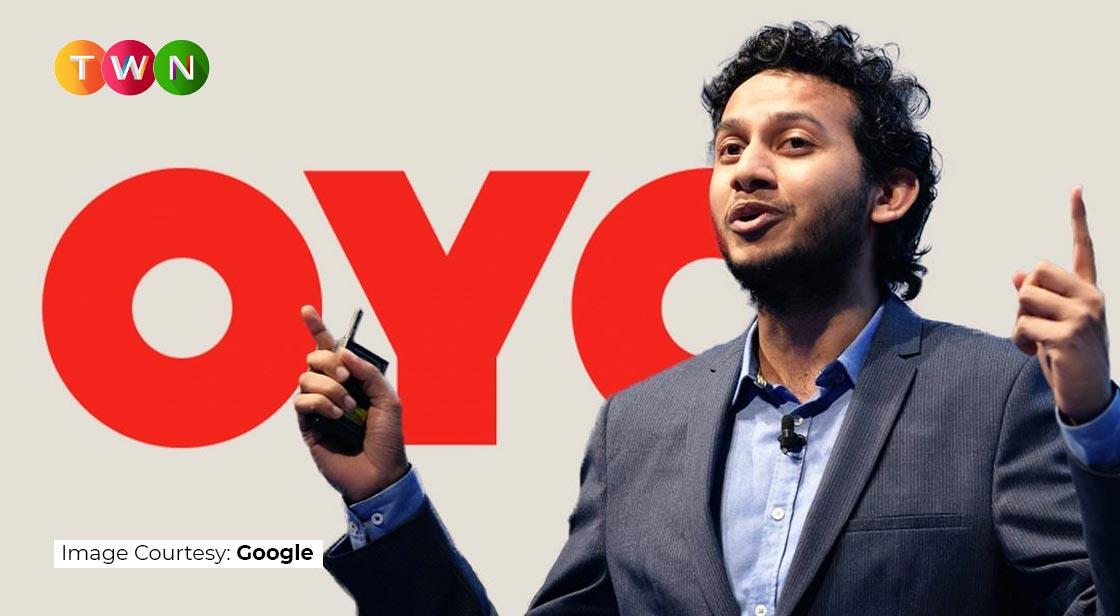 Ritesh Agarwal's transformation from a dropout to the youngest billionaire is quite inspiring. Ritesh Agarwal is the founder and CEO of OYO Rooms, the world's most affordable hotel company. He began his adventure at the age of 20, intending to establish a solution for individuals looking for economical hotels all over the world, and he is shining bright on his way to accomplishing that goal. The success story of Ritesh Agarwal is a perfect daily dose of inspiration for you. Experience this surge through this post. #TWN

Ritesh Agarwal was born into a business family in Bissam Cuttack, Orissa, and attended Rayagada's Sacred Heart School. For him, growing up in Rayagada, Odisha, was all about having fun and learning, but his methods were far different from those of other children. He had a lot of fun messing around with the computer and looking for opportunities to make mistakes so he could learn new things. As a result, he developed a strong interest in software! Ritesh left for Kota to join IIT in 2009, and it didn't take him long to realize that Kota was anything but a location to learn to code. He used to spend his free time relaxing and traveling. He even started drafting a book titled 'Indian Engineering Colleges: A complete encyclopedia of Top 100 Engineering Colleges,' which he ended up inscribing. This book became quite popular on Flipkart and was quickly sold out.

Beginning of His Entrepreneurial Journey

Ritesh Agarwal was a nomad who traveled across the country before founding OYO, and it was during these journeys that he realized the problem with affordable motels. As a result, at the age of 17, he founded Oravel Travels, a company modeled after Airbnb. However, it later became known as OYO rooms. He saw that the issue with affordable hotels was more than just availability, so in May 2013, he established OYO to address additional difficulties.

Ritesh Agarwal is one of India's richest young men, with a net worth of around $612.1 million (Rs. 4,547 crores).
According to the Hurun report, Ritesh Agarwal's net worth has decreased, and he has lost his billionaire status as a result of COVID-19.

According to Wikipedia, Ritesh earned the title of India's second-youngest billionaire in 2021.

Kevin David Lehmann took the top spot as the world's youngest billionaire, with a net worth of $3.3 billion, according to Forbes' 2021 list.

He was a billionaire withholding $1.1 billion, according to Hurun Rich List 2020.

OYO Rooms reached out to prospective hotels, or a hotel owner may reach out to them, and OYO's team would visit the location, audit the hotel to identify the improvements that would be required to standardize the property according to OYO standards and share the information with the hotels. Following the launch, Bhawna Agarwal, the former CEO of e-commerce giant SeventyMM, joined the team to provide crucial business advice. Ritesh was awarded a fund of 30 lakhs from VentureNursery, a startup accelerator that brought together a group of investors to nurture entrepreneurs. OYO Rooms raised 14 crores from DSG Consumer and four crores from LightSpeed Venture later in 2014.

The meaning of OYO is “ON YOUR OWN”

OYO Rooms reached out to prospective hotels, or a hotel owner may reach out to them, and OYO's team would visit the location, audit the hotel, and share the findings with the hotels. Bhawna Agarwal, the former CEO of e-commerce giant SeventyMM, was back in the team to provide business advice. Ritesh was awarded a fund of 30 lakhs from VentureNursery, a startup accelerator that brings together a group of investors to help entrepreneurs grow. OYO Rooms raised 14 million dollars from DSG Consumer and 4 million dollars from Lightspeed Venture later that year.

Ritesh is an author, a developer, and a fantastic orator, in addition to being an entrepreneur. He began coding at the age of eight, and at the age of sixteen, he was one of the 240 students who attended an Asian camp at the Tata Institute of Fundamental Research. He was the youngest speaker on the Think EDU panel in 2014. He has been a constant at the events of VCCircle.

He was nominated for the Thiel fellowship the same year he established Oravel trips. The fellowship was created by Peter Thiel, the founder of PayPal, and awarded a $100,000 grant to a college dropout under the age of 22 to pursue a start-up idea. He is, without a doubt, the only Indian to receive it.

According to the Hurun Rich List 2020, Agarwal's net worth in 2020 is over INR 7253 crore ($1.1 billion), making him the world's youngest self-made billionaire after Kylie Jenner.

OYO has been expanding its hotel network not just in metros but also in tier 2, 3, and 4 cities, resulting in the addition of 200+ cities. We've come a long way from 300+ cities, 10,000+ hotels, and 200,000+ rooms to effectively expanding our presence to over 500 cities throughout 28 states and 9 UTs in India, with 18000+ hotels and 270,000+ rooms. Ritesh Agarwal has the power to inspire the youth to chase their goals and be the best version of themselves.