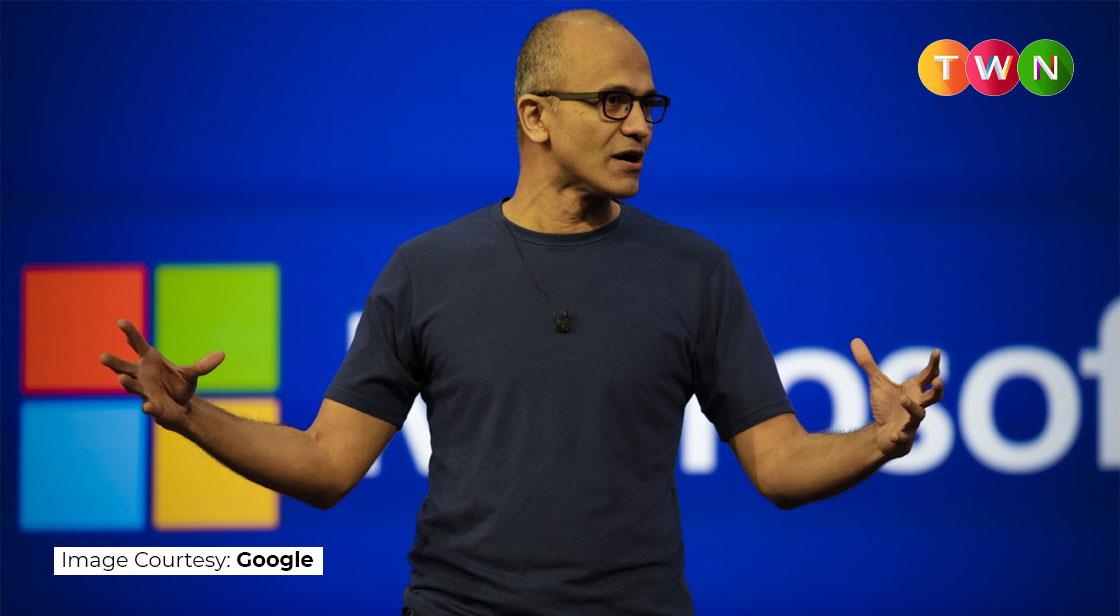 Reading the success tales of renowned professionals activates a motivational enzyme in us, and we all want to follow in their footsteps on our journey to success. ThinkWithNiche shares a motivational story about a successful professional with you. Read on to unocver the Success Story of Satya Nadella - CEO of Microsoft! #TWN

The appointment of Satya Nadella as CEO of Microsoft on February 4, 2014, was a proud moment for Indians around the world and a monument to hard effort. Satya Nadella was born and raised in Hyderabad, India, where he received his education. Later, he attended Manipal Institute of Technology and earned a Bachelor's degree in Electronics and Telecommunications, a highly competitive technical profession. Satya Nadella has always had a passion for building things and improving people's lives through technological advancements, which led him to earn a Master's degree in Computer Science from the University of Wisconsin-Milwaukee and an MBA from the prestigious University of Chicago Booth School of Business. Satya Nadella's educational background, combined with the leadership qualities he developed throughout his MBA studies, enabled him to lead big groups at Sun Microsystems and Microsoft, enhancing their capabilities.

Satya Nadella: One of the Greatest Visionaries of All Time

Satya Nadella has been with Microsoft for 22 years, and during that time, the company has risen to remarkable heights. Satya Nadella, in fact, was the driving force behind Microsoft's transition to cloud computing, and he was responsible for the creation of one of the world's largest cloud infrastructures. Satya Nadella's career graph demonstrates that hard work and persistence never go unrecognized. Satya Nadella has held several jobs at Microsoft in recent years, including Senior Vice-President of the Online Services Division's Research and Development division, Vice-President of the Microsoft Business Division, and President of the Server and Tools Division. Satya Nadella's rapid promotions can be linked to his commitment to Microsoft and his desire to increase the company's income. In reality, income from Cloud Services increased from Rs 1 trillion (US$ 16.6 billion) in 2011 to Rs 1.24 trillion (US$ 20.3 billion) in June 2013, when he became President of the Server and Tools Division. Satya Nadella is a role model for millions of people all around the world since he has excelled in every aspect of his life, including his schooling and job.

His father, Bukkapuram Nadella Yugandhar, was a Marxist economist and a government official with the Indian Administrative Service, while his mother, Prabhavati Yugandhar, was a Sanskrit scholar. Satya Nadella was urged by Prabhavati Yugandhar to live in the present moment and be content with his work. Because Bukkapuram Nadella Yugandher was in the civil service, he traveled throughout India, allowing Satya Nadellaan to spend his youth in places like Srikakulam, Tirupati, Mussoorie, Delhi, and Hyderabad. He held many key posts, including secretary to PV Narasimha Rao, India's ninth Prime Minister.

Satya spent the majority of his childhood in Hyderabad, where he attended the Hyderabad Public School. His father was ambitious and intellectually curious, and he inherited these characteristics from him. Although Bukkapuram Nadella Yugandher excelled academically, Satya Nadella struggled. When he looked at his scorecard, he was taken aback and wondered how his son could be so academically challenged. Bukkapuram Yugandher took great care not to make him feel bad about his poor grades, and this instilled in him a strong sense of self-assurance. He saw life as a marathon and was convinced that his son would catch up sooner or later, whereas Prabhavati Yugandhar wanted him to be fulfilled and content with himself.

Satya Nadella began his career with Sun Microsystems as a member of the technical team. He joined Microsoft in 1992. Initially, he worked on the Windows NT development team. Later, at Microsoft, he was in charge of significant cloud computing projects. He held prestigious leadership positions in Microsoft's commercial and enterprise divisions. HitRefresh: The Quest to Rediscover Microsoft's Soul and Imagine a Better Future for Everyone, published in 2017, was his first book. His experience and career at Microsoft are detailed in the book. Furthermore, he stated that the book's earnings would be donated to Microsoft Philanthropies through nonprofit organizations. Satya Nadella is the CEO of Microsoft. As a young engineer, he joined Microsoft in 1992. In the year 2001, Nadella was promoted to corporate vice president of Microsoft Business Solutions.

Later, he worked for the Online Services Division (2007-2011) and the Microsoft Business Division as the vice president of Research and Development (R&D). After that, he was named President of the Server & Tools Division (2011-2014). He played a key role in Microsoft's Azure cloud deployment of its database, Windows Server, and developer tools. Cloud Services generated $20.3 billion in revenue in June 2013, up from $16.6 billion when it took control in 2011. In addition, he was paid $84.5 million in 2016. In February 2014, Satya Nadella was named the next CEO of Microsoft. After Bill Gates and Steve Ballmer, he was the third and final CEO of Microsoft. The company's stock has tripled under Nadella's leadership by September 2018, with a 27 percent annual growth rate. On June 16, 2021, after serving as Microsoft's CEO for more than seven years, Nadella will be appointed as the company's Executive Chairman. He took over as chairman of John W. Thompson. Microsoft and Linux, according to Nadella, will compete with companies like Apple, Salesforce, and Dropbox.

In 2016, Microsoft became a Platinum member of the Linux Foundation. In 2014, Satya Nadella made his first Microsoft acquisition. He bought Mojang, a Swedish video game firm. He also paid $2.5 billion for another firm best known for the computer game Minecraft. He also bought Xamarin, a software business. In 2016, he took the next step by purchasing LinkedIn, a professional networking site, for $26.2 billion. On October 26, 2018, Microsoft announced the acquisition of GitHub for $7.5 billion. When Satya Nadella said that women should not seek raises and should trust the system, he received a lot of flak. He announced while speaking at a Women in Computing event. He eventually emailed Microsoft an apologetic letter, saying that he was "completely wrong."

Satya Nadella's tale inspires people of all ages. Satya Nadella did not create a business on his own. He put in a lot of effort to accomplish this success. Based on his previous work and leadership abilities, he was chosen to oversee an established huge corporation. Nobody cares about your academic credentials or where you attended college or university. The only thing that matters is what you can contribute to the organization. The corporation only cares about your capacity to do the job, and Microsoft had 22 years to assess Satya Nadella's. Satya Nadella is regarded as the greatest CEO to work with because of his good leadership abilities and empathy for his staff.

Recognizing the importance of forward-driven vision and the intelligent implementation of growth-centric strategies, ThinkWithNiche acknowledges and appreciates the efforts of the Top Visionaries who changed the world! Click on the image to explore more insights on them!