The major factors that impact the Indo- Chinese relationship 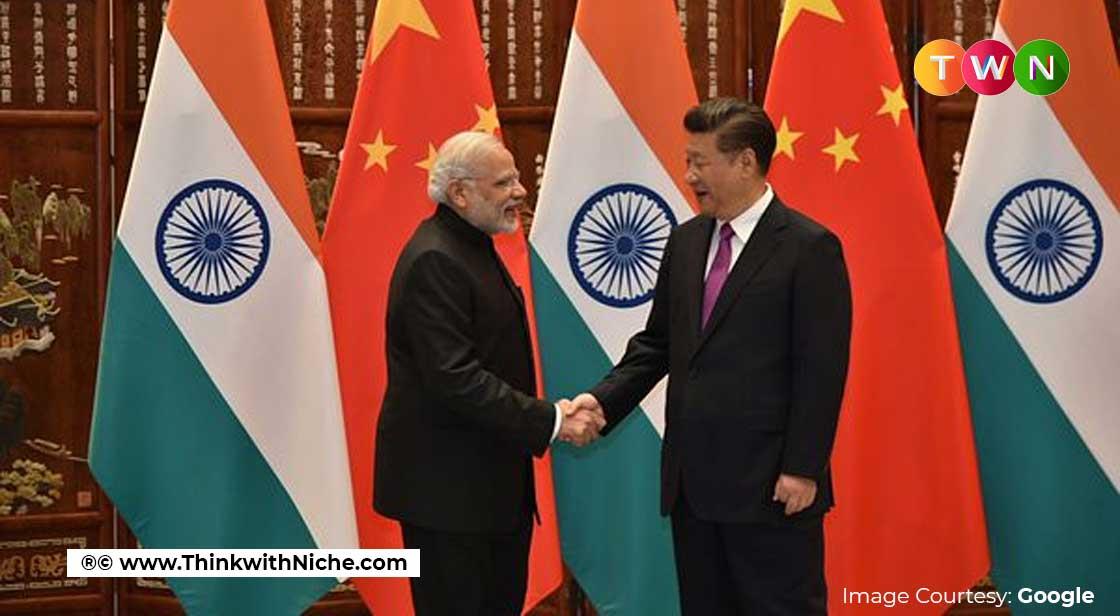 The following blog gives the historical analysis of Indian China relationship. The treaties, the defection of Dalai Lama and many pending disputes that affect the Indo- Chinese relationship. #ThinkWithNiche.

China relationships are not very good in recent times after the ban of certain apps by India. India is a great business market and one of the biggest importers for China. App ban is not the only issue between the two countries.

The border issue between India and Tibet is one of the main reasons of conflict between the two countries of India and China. Where India claims 43,180 squares of Jammu and Kashmir occupied by China including the 5,180 square kilometres ceded to China by Pakistan through the 1963 China-Pakistan border agreement. On the other hand, China claims 90,000 square kilometers of territory held by India in its state, Arunachal Pradesh. The reason that this issue has been unresolved is that both countries believe the region of Aksi Chin to be of huge importance to them. China believes that the region of Aksi Chin is the main link between Tibet and Xinjian province of China whereas India states that the region of Aksi Chin is a part of Ladakh. Aksi Chin is also the biggest disputed territory with a size of 38,000 square kilometres. China has claimed that the region is it's own since 1957. In 1957, China built the Western Highway that connected the Xinjiang province with Tibet, cutting across Aksi Chin and it eventually occupied it after 1962.

The String of Pearls Strategy

One of the obvious and most known reasons for conflict between India and China is the String of Pearls Strategy that China is undoubtedly practising. According to the String of Pearls strategy China has chosen to raise civilian and military infrastructure at various islands and ports surrounding India. These “pearls” are the ports or islands where China has established its hold over the developing nations where China has provided financial support and in cases where the nation has failed to pay back the money. China has taken control over ports and certain territories to establish civilian and military infrastructures. Areas that China has a hold over include Myanmar (a gas pipeline of about 2,300 km), Straits of Malacca (a naval base near Australia), Bangladesh (Port of Chittagong), Sri Lanka (Hambantola port), Pakistan (Gwadhar port, OBOR- belt and road initiative). The purpose of the String of Pearls strategy is to extract maximum benefit from the same and place a hold over the Indian nation, in a way, capturing it in a string of pearls.

After the independence of India in 1947 and the formation of the People’s Republic of China (PAC) in 1949, one of the most important matters at hand became the formation of a buffer state between the two nations. The role of the buffer state was eventually given to Tibet. India had considered Tibet to be a buffer state but China thought differently. China marched into Tibet and established its control over the same. Nehru formed a series of defence treaties with Nepal, Sikkim and Bhutan so that China could not easily seek to spread its boundaries even further. This had formed the background to the Panchsheel agreement of 1951 in which Nehru not only tacitly recognized China’s occupancy of Tibet but also thought that China would recognize India’s claim over the Indo-Tibetan border as well as India’s special relations with the Himalayan states of Bhutan, Nepal and Sikkim. When China cracked down har din Tibet Dalai Lama fled to India and this was one of the reasons which aggravated India-China relations and in the end led to the Sino Indian war, considered to be one of the longest wars ever. The month-long war between the two nations resulted in the Chinese nation claiming 43,000 square kilometres of land and the loss of lives of Indian soldiers which amounted to a number of 3,250.

The other two remaining issues include the Brahmaputra dispute (called Tangos river in China where it originates) and the Kashmir Issue which China refuses to acknowledge its territory. From the above-discussed points, it is clear that China has an upper hand when it comes to Foreign policy. But taking the current scenario into consideration, India has developed closed relations with many countries creating a good, also India has taken important steps to counter China’s action. Hence, I conclude by stating that India is on the defensive at the moment, but the Chinese nation’s foreign policy has not yet checkmated India.