International Day Of Democracy 2022: Promote Democratic Values Around The World 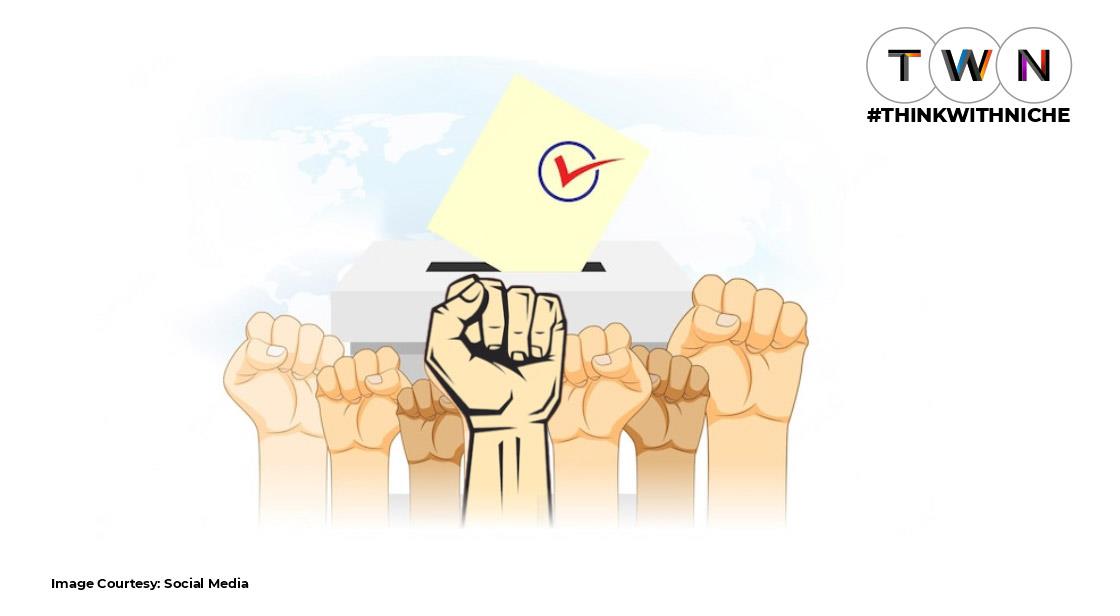 Every year on September 15, the International Day of Democracy is observed. Every year, the UN announces the theme of the day, and the day is celebrated in accordance with the theme. A country's democracy is determined by three factors: human rights, freedom, and free and fair elections. The Theme of International Day of Democracy 2021 was “strengthening democratic resilience in the face of future crises”.The theme of 2022 has not been announced yet.

The International Day of Democracy aims to promote and uphold democratic principles. A democracy is a government ruled by the people through representatives elected by the entire population. Democracy is inextricably linked to human rights, specifically the right to political and civil liberty, because democracy ensures equal participation by all members of society. The United Nations General Assembly established the International Day of Democracy in 2007. It is observed annually on September 15th.

The International Day of Democracy, September 15, allows us to appreciate and celebrate our democratic society. People who live in free societies can take their freedoms for granted. Thank the people who helped to develop our governments, then seek out opportunities for promoting and protecting our nation's democracy.

Democracy refers to a state in which citizens have the right to take part in the decision-making process for their country, and not being controlled by a government. It is closely connected to human rights. Democracies can only be achieved when all citizens have the right to vote and participate in elections, regardless of race, gender, or any other factors that are related to inclusion or equality.

A safe and peaceful society is dependent on democracy. Without democracy, life can face incomprehensible challenges. People may take their freedoms as a given in a free society. Democracy is still a dream for many people in many parts of the world. Democracy Day this year will be about media freedom, democracy, peace, and achieving the Sustainable Development Goals.

HISTORY OF THE INTERNATIONAL DEMOCRACY DAY

In 2007, the United Nations General Assembly (UN) decided that September 15 would be recognized as the International Day of Democracy. This day was established to encourage government participation in maintaining open democracy among all UN Charter member countries. It also celebrates the system of values that democracy promotes and gives citizens the ability to make all aspects of their own lives decisions.

The UN's mission is to promote democratic societies all over the globe. It serves many purposes, including monitoring elections and strengthening democratic institutions.

The foundation of democracy is its citizens' ability to participate in the nation's decision-making process. This was true from the time democracy was founded in ancient Greece thousands of years ago. This is possible only if everyone can vote without regard to race, gender, or other factors. Inclusion and equality are essential for a democratic society's success. We have a representative democracy in America. This means that we elect representatives to represent us collectively to vote on decisions.

Reflection on your freedoms and the current state of democracy in the country will help you to identify the ways that you are involved in collective decision-making.

Aristotle wrote extensively about different types of government, including democracy, to help compare them and determine which one was most effective. These writings are influential in the development of modern democracy.

International Day provides an opportunity to reflect on the state of democracy worldwide. Each year, a particular theme is highlighted. Previous themes include stronger democracies and the importance of democracy for the 2030 Agenda for Sustainable Development. They also highlight the need to strengthen citizens' voices, dialogue and inclusion, accountability, political tolerance, and accountability.

How to observe the International Day of Democracy

Individuals and organizations can work together to review democracy status and organize events to increase awareness about democracy. These events can include discussions, social media campaigns, and leaflet distribution. The International Day of Democracy commemoration is based on a particular theme that has been suggested by the United Nations each year.

WHY WE LOVE THE INTERNATIONAL DEMOCRACY DAY

"The liberty of a democracy is not safe if the people tolerated the growth of private power to a point where it becomes stronger than the democratic state itself. That in its essence is fascism: ownership of government by an individual, by a group, or any controlling private power"- Franklin D. Roosevelt