Everything about Nothing Phone 1 - Price | Launch Date | Features 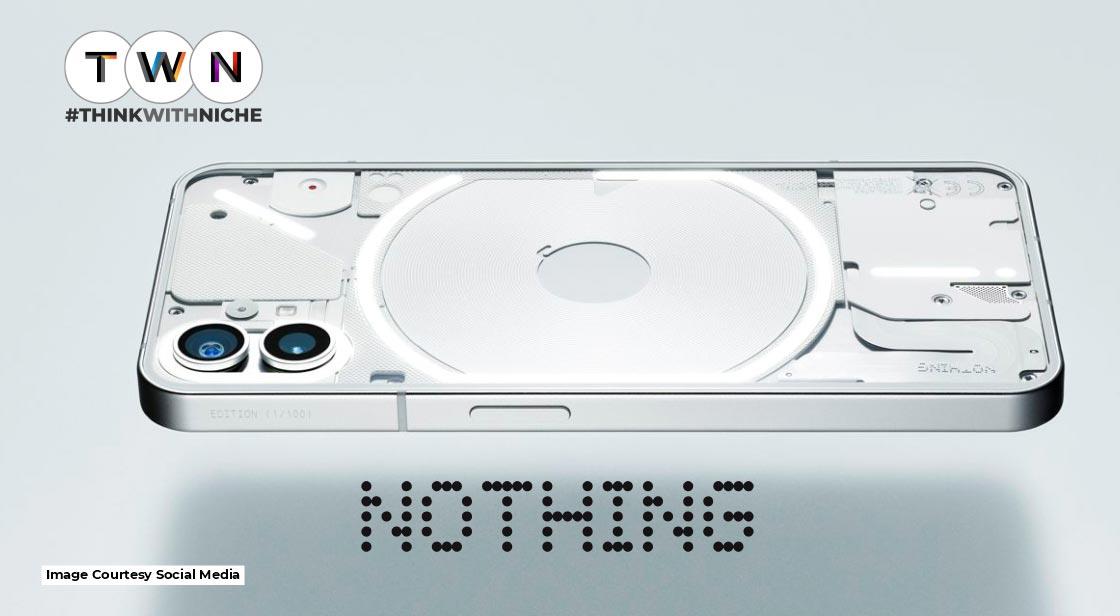 Nothing is preparing to launch its first smartphone, nicknamed the Nothing Phone (1). So far, we've seen a slew of leaks, rumors, and official sneak peeks for the Nothing Phone (1), and thanks to them, we now know a lot about the device, including its back design, which the brand revealed a few days ago. Now, a new hands-on clip by the renowned YouTuber MKBHD has surfaced, leaving little room for speculation about the layout of the Nothing Phone (1). Let's know more about this awesome phone. #TWN

We're nearly at the end of the month, but anticipation for new, upcoming smartphones is higher than before ahead of July when a number of phones from various brands are expected to launch.

And one such smartphone is the Nothing Phone (1).

Let’s know about this smartphone in more detail.

FYI – Nothing Phone (1)’s launch date in India is yet to be announced. Although rumors are that it might get launched on July 12, 2022.

Carl Pei's London-based startup Nothing is set to unveil its first smartphone next month, following months of leaks, rumors, and bits and pieces of official information. The design of the Nothing phone (1), as well as a few other details, such as the new Glyph illumination on the rear and the new NothingOS skin, have already been made public.

The device will have a punch-hole cutout in the center for the selfie camera. The device's display is flat all around the edges, and it appears to be really compact in the YouTuber's hands. However, we may have to wait until the device is released before we can be certain.

MKBHD also tells us more about the LED lights built into the back of the Nothing Phone (1). The red dot, which had previously been a mystery to us all, turns out to be a video capture indicator. In addition, the LED strip at the bottom will function as a charging % indicator.

The Nothing Phone (1) has a 6.55-inch FHD+ AMOLED panel with a refresh rate of 90Hz. The device will most likely be fueled by a Snapdragon 7 Gen 1 processing unit, coupled with at least 6GB RAM as well as at least 128GB internal storage. The device will most likely ship with Android 12-based Nothing OS. When it comes to the battery, we can predict the Nothing Phone (1) to have a 4,500mAh large battery with support for 45W quick charge via a USB Type-C charging port.

Quick Specs about Nothing Phone (1)

Pre-order for the Nothing Phone (1) – The Waitlist

The Nothing phone (1) will now be sold via an invitation-only system. How do you obtain an invitation? That is, you enlist in the pre-order waitlist.

Members of the private community are receiving invite codes today. If you are not one of them, you can sign up for a spot in the queue if you are in India or if you are in Europe. You can advance in the queue by referring others. You move up only if your referrals sign up as well. At the time of writing, there have already been over 20,000 fans waiting in line. When it is your turn, you will receive a mail with the invite code, and you must act within 48 hours. This requires a non-refundable £20 deposit, but in exchange for your trouble, you will receive an additional £20 credit to put on the phone (1) or earphones (1).

Everything is building up to July 12, when Nothing will start taking orders - all of it up to that point has been just fighting for position. The £20 deposit will be subtracted from the phone's price, which we still don't know. You will, however, have 14 days to confirm the Nothing Phone (1) order.

Nothing indicates that supplies for the Nothing phone (1) will be restricted early on, and therefore this invite system allows community members to get a head start on everyone else. This way, fans are likely to purchase the new phone several weeks before anyone else.

FAQs Related to Nothing Phone (1)

Spread Your Business, Aid To Shine Follow Some Tips And Turn Your New Business Into A Popular One

Shape yourself digitally with Asus Laptop

Why Does My Computer Battery Die So Fast?

Six Reasons E-Sports could be Your Best Career Move