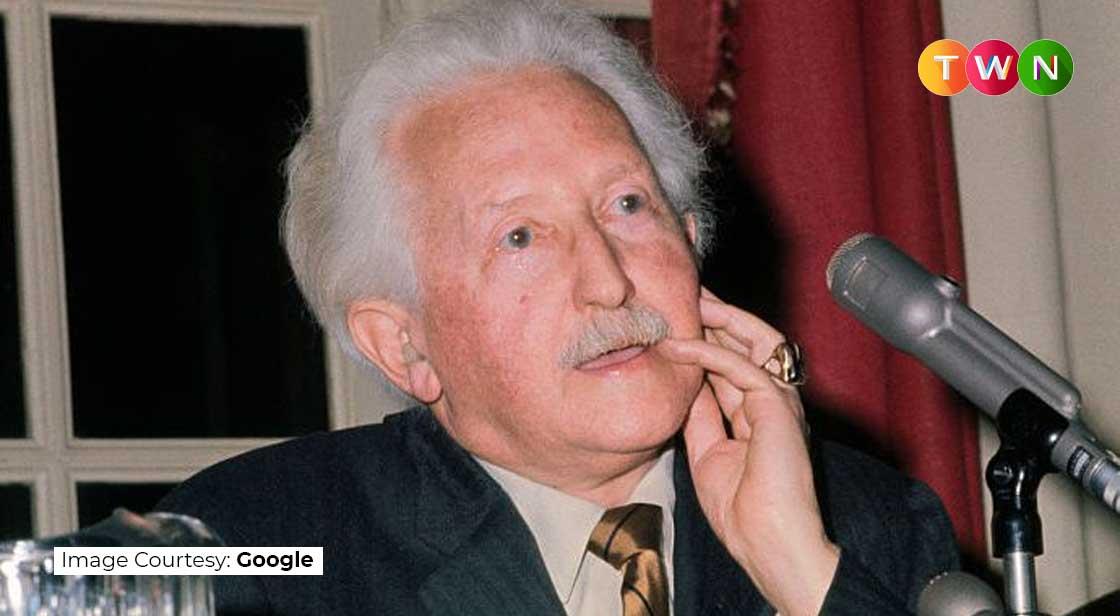 Erik Erikson was an ego psychologist who created one of the most well-known and important developmental theories. While psychiatrist Sigmund Freud's work influenced Erikson's thesis, Erikson's approach focused on psychosocial development rather than psychosexual development. Read on to discover the Stages of Psychosocial Development! #TWN

Erik Erikson is a name you may come across in the parenting magazines you read regularly. Erikson was a child psychoanalyst and developmental psychologist who is extensively known for his psychosocial development theory.

The term "psychosocial development" refers to how a person's individual needs (psycho) interact with the requirements or demands of society (social).

Erikson believes that a person goes through eight stages of development, each of which builds on the one before it. We are confronted with a crisis at each stage. By resolving the crisis, we develop psychological characteristics or character traits that help us become more confident and healthy people.

Erikson's psychosocial development theory provides a framework for examining a person's growth throughout a lifetime. However, it, like all hypotheses, has flaws: Erikson doesn't go into detail on how conflicts are settled. He also doesn't explain how to progress from one step to the next.

Regardless, you may find yourself nodding in agreement as you read through the stages below if you recognize yourself — or your child.

Erikson's theory's first stage begins at birth and continues until your child reaches his or her first birthday and beyond.

You've probably noticed your child's complete reliance on you for everything: food, warmth, and comfort. Give your infant not only physical care but also plenty of love - there's no need to hold back on the cuddling.

You educate children that they can rely on you by meeting their basic requirements. It strengthens their psychological capacity for trust. Your baby will be ready to explore the world if he or she feels secure and safe.

What happens if you make a mistake? You could yell now and then. Alternatively, you may not wish to read another bedtime story. Don't worry: Erikson understands that we're all just humans.

No child is born into a flawless world. The occasional turbulence makes your child nervous. When they're ready to explore the world, they'll keep an eye out for potential stumbling blocks.

What happens, though, when parents are persistently untrustworthy and unpredictable? Children who do not have their basic needs met will be nervous, apprehensive, and suspicious of their surroundings.

Stage 2: Autonomy vs. Shame and Doubt

You've reached this milestone when your toddler begins to assert his or her independence. They understand that they can do some things on their own and are adamant about doing so.

Pro tip: Rather than stressing over whether your toddler's capacity to parent will be questioned since they put their shoes on the incorrect feet after putting them on themselves, be prudent and let them walk out like this.

Your kid has developed food preferences by this point. Allow children to select their own snacks. Allow them to pick the shirt they want to wear. (Survival tip: give them a choice of two shirts.) There will be instances when their outfits simply do not match. Grin and bear it, because giving them the freedom to make their own decisions will help them develop their self-esteem.

Another major milestone has arrived: your toddler is ready to begin toilet training. They gain a sense of independence or autonomy by learning to control their bodily functions.

Children who pass this stage with flying colors will be self-assured in their abilities and abilities. According to Erikson, children who aren't allowed to assert themselves (within the boundaries you set) will struggle with feelings of inadequacy and self-doubt.

These are the years of preschool. As your child interacts socially and plays with others, he or she learns that they can take charge and direct events.

Make sure your child has plenty of opportunities to engage with others to encourage them to plan, attain goals, and take responsibility. Allow them to explore the world within the boundaries you've established. Take them to see the elderly and give them chocolates. Arrange for them to have playdates with their peers.

Also, keep in mind that you can be a playmate. Allow your child to direct the production by acting as a teacher, doctor, or sales clerk while you play the student, patient, or customer.

It is when your youngster begins to bombard you with questions. When you've just settled down to watch the show you missed because you took them to a second playdate, your little philosopher will question where dogs go once they die. Inhale deeply. You're investing in your child's positive self-image by answering these questions with real attention.

There's a lot more to this level than just calling the shots. Your youngster gains self-confidence and learns to enjoy having a feeling of purpose through interacting with others socially and via play.

If parents are overbearing or don't support their children when they make decisions, the youngster may lack the ability to take the initiative, lack motivation, and feel guilty. Overwhelming feelings of guilt may prevent a child from interacting with others and stifle their creativity.

Your child has started kindergarten. It is where they pick up new skills. It is also the point at which their sphere of influence begins to grow.

Teachers and friends abound for your child. They may begin to judge themselves against others. Your child will acquire sentiments of pride and success if they decide that they are doing well academically, athletically, artistically, or socially. (Be on the lookout: they'll be comparing their family to others)

If your child appears to be struggling in one area, seek another area where they can excel. Assist your child in honing their skills in areas where they naturally excel.

They might not be math whizzes, but they could be able to sketch or sing. Do they have natural patience with smaller children? Allow them to assist in the care of their siblings.

When your child succeeds, they will feel motivated and believe that they can establish and achieve goals. Children who have had a series of poor experiences at home or who believe society is overly demanding may develop sentiments of inferiority.

Adolescence. It is your time to practice the deep breathing techniques you learned as a toddler with your child.

Your child faces the task of building a sense of self at this period of psychological development. They examine their beliefs, ambitions, and values to build their identity.

"Who am I?" "What do I want to work as?" "How do I fit into society?" are all difficult questions for them to answer. When you add the issue of "What's going on with my body?" to the mix, you're bound to remember the turmoil you went through as a kid. Most adolescents will experiment with various roles and concepts as part of their self-discovery process.

What can you do to assist your adolescent in resolving this psychosocial conflict?

While Erikson isn't specific, know that your child's own identity is shaped by the support and reinforcement you provide. Furthermore, your child's behavior and values are shaped by their experiences and social interactions.

Teenagers that make it through these crises will have a strong sense of self. Despite the problems they may experience in the future, they will be able to uphold these principles.

However, if teenagers do not seek out their identity, they may lack a strong sense of self and a clear vision of their future. If you, as their parent, try to force them to conform to your values and ideas, the same confusion may rule supreme.

As you recognize yourself, you'll probably start nodding. Remember how we said that each stage builds on the previous one? People who have a strong sense of self are now ready to share their stories with others.

It is time to invest your commitment to others. According to Erikson, the current psychosocial challenge is to develop long-term loving relationships that feel safe.

When people complete this stage, they leave with secure relationships that are full of commitment and love.

According to this hypothesis, those who failed to finish the previous stage and do not have a strong sense of self are often unable to form serious partnerships.

They're more likely to experience loneliness and depression if they don't have the comfort and warmth of a loving relationship.

The seventh stage is marked by a desire to help others. On a personal level, this entails raising your children. Contributing to community charities and events that benefit society might also be considered.

People aspire to perform well and be productive at work. Don't worry if you can't find the time to do everything; you'll just have to wait until the small ones in your house aren't as demanding.

Those who successfully finish this level will have the gratification of knowing that they are required. They believe they are making a difference in their families, communities, and workplaces.

People may face stagnation if they do not receive favorable feedback in these areas. They may feel alienated because they are unable to raise a family, excel in their job, or contribute to society. They may lack the motivation to invest in personal development or productivity.

It is time for introspection. When the rush of life slows down in late adulthood, people reflect on their lives to see what they've accomplished. Those who are proud of their successes provide genuine satisfaction.

People who did not complete the preceding phases, on the other hand, may experience feelings of regret and loss. They grow unsatisfied and melancholy if they see their life to be unproductive.

Surprisingly, Erikson believes that the final stage is one of fluidity. People frequently switch between satisfaction and sorrow. Looking back on one's life to find closure can help one face death fearlessly.

Erikson considered his theory to be more of a "tool to think with than a factual analysis." So, use these eight stages as a starting point for helping your child acquire the psychosocial abilities they'll need to succeed, but don't take them as gospel.