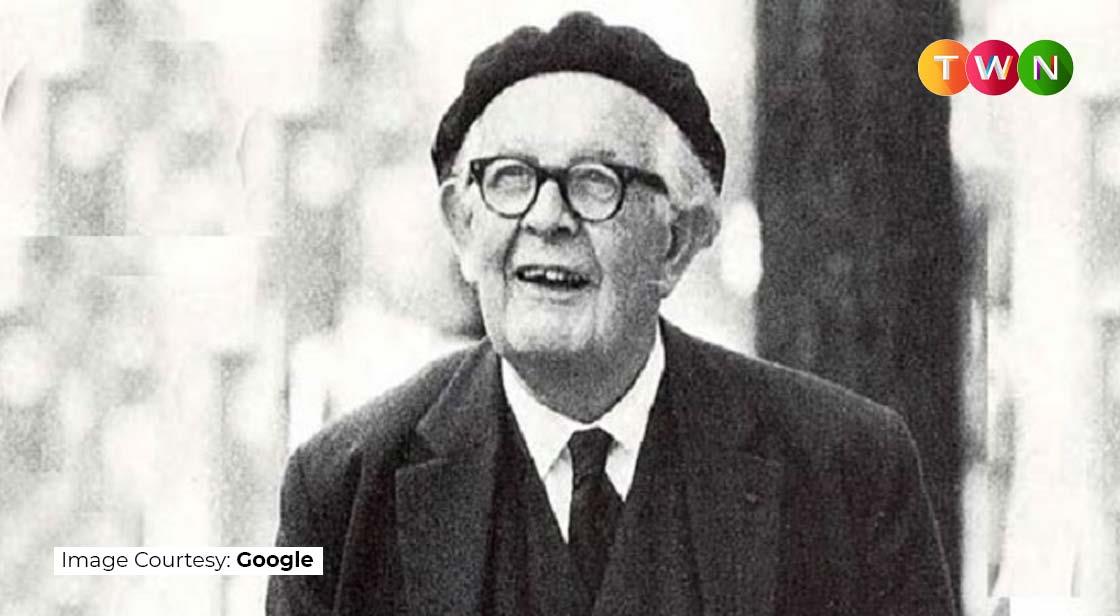 Piaget's theory of cognitive development is a comprehensive view of human intelligence's nature and development. Jean Piaget, a Swiss developmental psychologist, coined the term. The idea focuses on the nature of knowledge and how humans acquire, produce, and use it across time. #TWN

According to Jean Piaget's theory of cognitive development, children progress through four stages of mental development. His theory seeks to comprehend not only how children acquire knowledge but also the nature of intelligence. Jean Piaget's Stages of Cognitive Development are:

Piaget believed that children actively participate in the learning process by conducting experiments, making observations, and learning about the world, much like little scientists. Children constantly add new knowledge, build on existing knowledge, and adapt previously held beliefs to accommodate new information as they interact with their surroundings.

How Jean Piaget Developed the Theory

Jean Piaget was born in Switzerland in the late 1800s and was an early learner who published his first scientific paper when he was 11 years old. As an assistant to Alfred Binet and Theodore Simon, while they worked to standardize their famous IQ test, he got his first taste of children's intellectual development.

Much of Piaget's interest in child cognitive development stemmed from his observations of his nephew and daughter. These findings bolstered his fledgling theory that children's minds were not simply smaller versions of adult minds.

Children were largely treated like smaller versions of adults up until this point in history. Piaget was among the first to recognize that the way children think differs from the way adults think.

Based on his observations, he concluded that children are not less intelligent than adults; they simply think in different ways. Piaget's discovery was described by Albert Einstein as "so simple that only a genius could have thought of it."

Early cognitive development, according to Piaget, begins with action-based processes and continues to change in mental functions.

Based on his observations of his children, Piaget established a theory of intellectual development that includes four distinct stages:

Toddlers and infants gain knowledge during this early stage of cognitive development through sensory experiences and manipulating objects. At the start of this stage, the overall experience of a child is primarily mediated by senses, reflexes, and motor responses.

During the sensorimotor stage, children experience rapid growth and learning. Children are constantly learning new things about how the world works as they interact with their surroundings.

The cognitive development that occurs during this period happens over a relatively short period and involves a significant amount of growth. Children not only learn physical actions like crawling and walking, but they also learn a lot about language from the people with whom they interact. Piaget also classified this stage into several sub-stages. Early representational thought emerges during the final stage of the sensorimotor stage.

Piaget believed that developing object permanence or object constancy or the understanding that objects continue to exist even when they are not visible was critical at this stage of development.

Children can begin to attach names and words to objects after learning that they are separate and distinct entities with their existence outside of individual perception.

While the foundation of language development was initially laid in the earlier stage, the emergence of language remains the major highlight of the preoperational development stage.

During this stage of development, children become much more skilled at pretend play while still thinking very concretely about their surroundings.

At this age, children learn through pretend play but struggle with logic and understanding other people's points of view. They also struggle with the concept of consistency regularly.

A researcher might, for example, divide a lump of clay into two equal pieces and then give a child the option of playing with one of the two pieces of clay. One piece of clay is compactly rolled into a ball, while the other is smashed into the shape of a flat pancake. Even though the two pieces are the same size, the preoperative child will most likely select the flat shape because it appears larger.

While children's thinking is still very concrete and literal at this stage of development, they become much more adept at using logic. The egocentrism of the previous stage begins to fade as children become more adept at considering how others might perceive a situation.

While children are still very concrete and literal in their thinking at this stage of development, they become much more adept at using logic. As youngsters get increasingly competent at thinking about how other people might see a situation, the egocentrism of the preceding stage begins to diminish.

During this stage, children become less egocentric and begin to consider what other people may be thinking and feeling. Children in the concrete operational stage also begin to understand that their thoughts are unique to them and that not everyone shares their thoughts, feelings, and opinions.

Piaget's theory concludes with an increase in logic, the ability to use deductive reasoning, and an understanding of abstract ideas. At this point, people can see multiple potential solutions to problems and think more scientifically about their surroundings.

The formal operational stage of cognitive development is distinguished by the ability to think about abstract ideas and situations. The ability to plan for the future systematically and reason about hypothetical situations are also important skills that emerge during this stage.

Piaget did not consider children's intellectual development to be a quantitative process; that is, children do not simply add more information and knowledge to their previous knowledge as they get older. Piaget, on the other hand, suggested that as children advance through these four phases, their thinking becomes more qualitative. A seven-year-old child does not simply have more knowledge of the world than a two-year-old child; there is a fundamental shift in how he thinks about the world.

Also Read: What is Media Literacy, and Why is it Important?

Much of Piaget's work has been criticized for his research techniques. Piaget's observations of his three children were a primary source of inspiration for the idea. Furthermore, the other youngsters in Piaget's tiny research sample were all from well-educated, high-socioeconomic-status families. It's difficult to extrapolate his findings to a larger population because of his unrepresentative sample.

Piaget's study methodology is particularly troublesome because he rarely discusses how his subjects were selected. In the majority of his work, he provides very little statistical detail about how he arrived at his results.

Another concern is Piaget's absence of clearly defined operational variables. Researchers need very clear definitions of each variable to reproduce their findings and objectively quantify how one variable leads to changes in another. Researchers will have a tough time effectively reproducing Piaget's work because most of the jargon linked with his theory lacks these practical definitions.

Piaget's claim that all children will naturally progress to the next stage of development as they mature has been debunked by research. Environmental influences may play a role in the formation of formal operations, according to some evidence.

Although the theory appears to suggest that reaching the formal operational stage is the ultimate aim of development, it is unclear if everyone achieves the developmental tasks that are the hallmark of formal operations. Even as adults, people may find it difficult to think abstractly about situations, preferring to rely on more concrete operational methods.

The idea also appears to imply that by the age of 12, intellectual growth is accomplished. A recent study shows that the teen and early adult years are also critical periods for cognitive development.

The 'stage' approach is sometimes seen as problematic. For a variety of reasons, stage theories have lost favor in contemporary psychology. One of these is that they frequently fail to capture the wide range of individual differences that exist in development.

The majority of researchers think that youngsters have many of the talents at a younger age than Piaget believed. According to the theory of mind research, 4- and 5-year-old youngsters have a deep comprehension of their own and other people's mental processes.

Children of this age, for example, have some ability to see things from another person's perspective, implying that they are far less egocentric than Piaget assumed. According to certain studies, even youngsters as young as three years old can realize that various people would have different perspectives on the same scene.

Similarly, the experiences that children have can have a significant impact on when developmental changes occur. At considerably younger ages than children without similar experiences, children of pottery producers in Mexican villages, for example, understand that altering clay does not change the amount of clay.

Also Read: Importance of Reasoning: The Art of Thinking Well

A Word from Think With Niche

One of the most crucial aspects of Piaget's theory to remember is that it believes that learning and intelligence are intrinsically active processes.

Piaget's cognitive development hypothesis advanced our understanding of children's intellectual development. It also emphasized the fact that children were not merely passive recipients of the information. Children, on the other hand, are constantly studying and experimenting as they develop their understanding of how the world works.