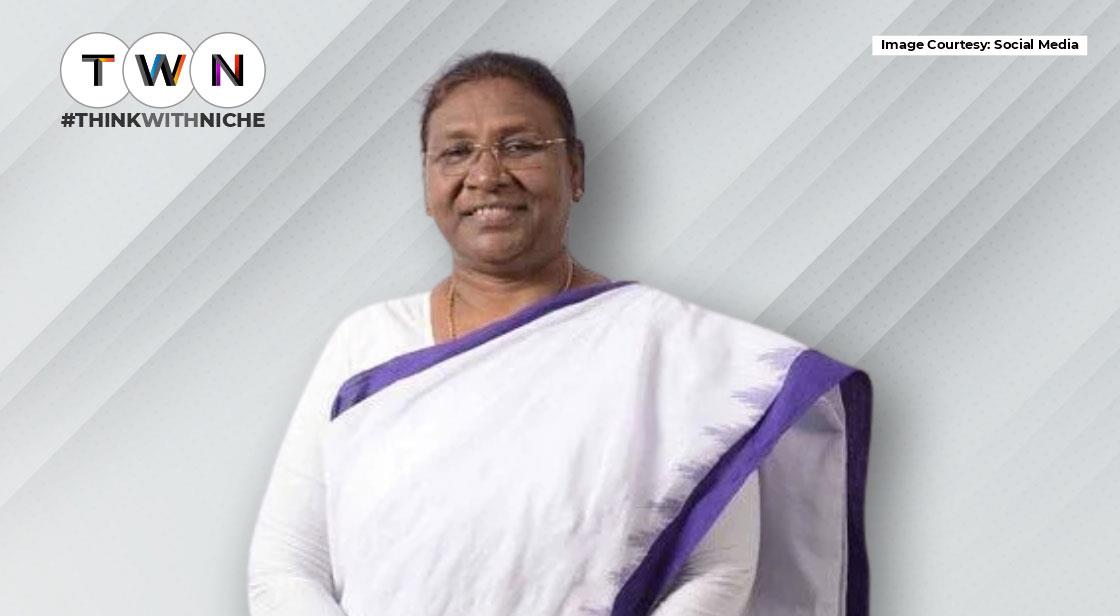 Draupadi Murmu is the 15th President of India. She was a candidate against Yashwant Sinha the joint opposition's nominee for the highest constitutional post. Draupadi Murmu is an Odisha tribal leader. Rairangpur within the Mayurbhanj district of Odisha. Draupadi Murmu, is a soft-spoken leader who has made her mark in the political arena of Odisha by her determination. Draupadi Murmu, who won the presidential election 2022 is now the first tribal leader and the second woman to be elected to the most prestigious position.

Draupadi Murmu has broken the record of Neelam Sanjeeva Reddy. When Reddy assumed the office of President, his age was 64 years 2 months 6 days. Draupadi Murmu's age is also 64 years, but on the day of swearing-in, her age will be 64 years, one month, and four days. In this way, she will be the youngest President of the country. Draupadi Murmu, who belongs to the tribal community Santhal. She studied till graduation. She obtained this degree from Ramadevi Women's College, Bhubaneswar. Draupadi Murmu was born on 20 June 1958. Murmu has been the Governor of Jharkhand. If we talk about her political career, then Draupadi Murmu started work in politics from ground zero. She first became a Nagar Panchayat councilor from Rairangpur in 1997. After this, she has also been MLA from Rairangpur in Odisha twice. Along with this, she has also been a Minister in the coalition government of Bharatiya Janata Party (BJP) and Biju Janata Dal. Apart from this, she has also been the first woman governor of Jharkhand. She is the first Odia leader who was made the Governor.

After an announcement about the NDA president-elect passing the halfway mark, Prime Minister Narendra Modi and BJP president J P Nadda visited Murmu at her home to wish her.  "It is a time that 1.3 billion Indians are celebrating Azadi as the year of Azadi, Ka Amrit Mahotsav, a daughter of India who is from the tribal community of an isolated region of eastern India was elected our President!" Narendra Modi tweeted. He felicitated Murmu on her election to the highest Constitutional post.

Draupadi Murmu was born on 20 June 1958 in the Uparbeda village in Mayurbhanj district of Odisha in the Santali tribe to Biranchi Narayan Tudu. Both her grandfather and father were chiefs of the village within the Panchayati Raj Systems. She has always kept an extremely stoic look in both her personal and public life .The saying that when the circumstances are not favorable to the person, then one should become stronger in that situation. Similarly, the life of Draupadi Murmu reflects her vitality. Apart from the death of her husband in his youth, the death of two sons did not weaken him. She took care of herself and did not break. In such a situation, she continued to encourage the entire family including her only daughter Itishree. His eyes definitely moistened when he was being sworn in as the Governor of Jharkhand.

Second Woman President of the Country

Before becoming a politician before that, she was an educator. Therefore, it is difficult for anyone to eliminate the teacher inside her, regardless of the position she is in. Additionally, she is aware of the hardships and struggles of a teacher as well as the students. In her time as Governor, she was been able to hold numerous Lok Adalats that pertain to higher education within the state. It is worth noting that as high as 500 cases were settled regarding the universities and their staff. In actual fact, she went to the next level and established a portal for the Chancellor to simplify the process of enrolment at colleges and universities.

Draupadi Murmu started his career as a teacher in a school before becoming a politician in the state. Murmu was employed as an associate professor in the Shri Aurobindo Integral Education and Research Institute, Rairangpur, as well as a junior assistant for the Irrigation department of the Government of Odisha.

Draupadi Murmu The Governor of Jharkhand

Draupadi Murmu took the oath of the governor of Jharkhand on May 18, 2015, becoming the very first female Governor in Jharkhand. It was also the first chief of the tribal community from Odisha who was appointed Governor for Jharkhand, which is an Indian State.

Draupadi Murmu, the governor of Jharkhand in 2017 did not approve a bill that was approved by the Jharkhand Legislative Assembly requesting amending the Chhotanagpur Tenancy Act of 1908, and to the Santhal Pargana Tenancy Act, 1949. This bill was drafted to grant the right to Tribals to use commercially on their land as well as make sure that the title to land doesn't change.

She is a superb speaker of Santhali along with Odia languages. She has also worked extensively to improve infrastructure, such as ports and roads in Odisha.

The slim-skinned Murmu is considered to be a spiritual being and a fervent practicer of the meditation practices that are part of Brahma Kumaris, a tradition she joined after losing her husband and two sons, her mother and brother within six years, between 2009 and 2015.

A hope Awakened in the Tribal Community

Her becoming the President is historic in itself, she is the first woman President from the tribal community. The huge margin with which he has registered this victory makes this milestone all the more special. If seen, the tribal community has been isolated from the main population since the beginning, but now that this society wants to come into the mainstream, it is facing innumerable obstacles which need to be understood. There are neither roads nor transport facilities in their village. Poverty and hunger are to such an extent that they are forced to work as laborers instead of sending their children to school. There is no specific source of income.

1. What is Draupadi Murmu from Jharkhand?

Answer. Draupadi Murmu is the first female governor of India. She was her governor for Jharkhand between 2015 and 2021.

2. Where is Draupadi Murmu from?

Answer. Draupadi Murmu was born into a tribe located in Mayurbhanj, Odisha.

3. What is the approximate age of Draupadi Murmu?