Anxiety and Depression! Know the Difference 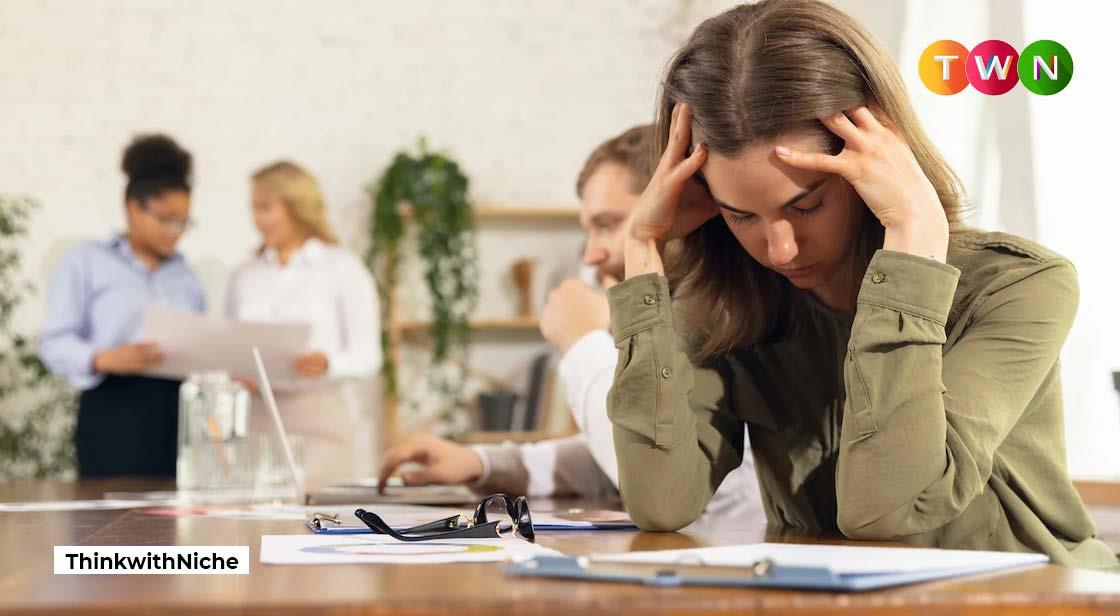 Mental health is probably the most ignored topic. Even in the 21st century, people seem to be ashamed to talk about this topic. In the last decade, the problem of mental health has severely increased, and it's high time that we normalize seeking help for mental fitness. But, people often confuse the two terms, i.e., Anxiety and Depression. Hence, we are here to help you identify that the melancholy you are feeling is anxiety or depression. #TWN

Anxiety and depression are two very different aspects of mental health. People frequently confuse these two terms, but my friend, they are completely different. While anxiety passes, depression can cause serious health problems, self-harm, and, in some cases, death. Let's dispel some myths and define the distinction between these two terms.

Anxiety is a sudden wave of emotion that is often short-lived. Anxiety can be triggered by anything: getting an F in an exam, losing a job, the death of a pet, or even cloudy weather. Anxiety is more than just feeling down. You can experience a wave of fear, anger any emotion that can be a part of anxiety. But as soon as the circumstances change, everything will return to normal.

These could be some of the symptoms of anxiety but remember, anxiety symptoms are not limited to those mentioned above. Anxiety is a part of everyone's life that we all experience at some point, but these feelings fade away with time and circumstances. Although anxiety is short-lived but should not be ignored, it may lead you to certain circumstances which you will regret in the future.

Anxiety can be referred to as cloudy weather. It could stay there for a moment or so but will eventually be blown away with the wind of happiness.

How to Deal with Anxiety?

Everyone has their own way of dealing with anxiety, like playing with a pet, spending time with your loved ones, doing something they love, having their favorite food, meditation, reading a book, playing video games, watching a comedy, traveling. The list goes on and on, but the conclusion is we can eliminate anxiety by doing the activities we love, but make sure not to adopt a habit of consuming alcohol or any other harmful substance to deal with it. They may provide you with temporary relaxation but will eventually harm you in the future.

Depression is a medical disorder that does not go away as quickly as anxiety; it lasts at least two weeks and interferes with an individual's ability to work, play, or love. Depression, like any other physical illness, is a disease that must be treated, but it can be difficult to identify because it does not have a physical appearance like other diseases. Sometimes the depressed person is the only one who is aware of it. Discussing depression is still not normal in our society, and the person suffering from depression frequently does not discuss it with anyone because many people in our society still regard it as a sign of weakness, and a person suffering from depression is frequently considered an emotionally weak person. It is why men are more likely to suffer from depression than women because men believe it is impolite to express their emotions in public.

Depression can have a lot of different symptoms. Some of them are mentioned below:

If you have at least five of the symptoms mentioned above according to psychiatric guidelines, you qualify for the diagnosis of depression. Just not the behavioral symptoms but, depression has manifestation inside the brain. With the help of X-ray vision, we can observe the changes, which include:-

Smaller frontal lobe and reduced hippocampus volumes, hormonal irregularity is also part of depression, such as high cortisol and deregulation of thyroid hormone.

Scientists still don’t have a complete picture of what actually causes depression. It seems to have to do with the complex interaction between the genes and environment, but we don’t have a diagnostic tool that can accurately predict where or when it will actually show up.

Because the depression symptoms are intangible, it’s hard to know who might look fine but is actually struggling. According to the National Institute of Mental Health, an average person suffering from depression over ten years before he finally seeks help.

There are very effective treatments available for depression. Medication and therapy work together to increase brain chemicals. Other promising treatments, such as transcranial magnetic stimulation, are also being researched.

So, if you know someone who is depressed, encourage them to seek medical help, but do so politely and gently. You could even offer to assist with specific tasks, such as looking up therapists in the area.

If they feel guilty or ashamed, remind them that depression, like diabetes, is a medical condition. Make them believe that it is not a weakness or a personality flaw. Remember that the more people who seek treatment, the more scientists learn about depression, and the treatments improve as a result of the research.

Dealing With Depression in Youngsters