ALL About 5G: The Technology Set To Rule The World 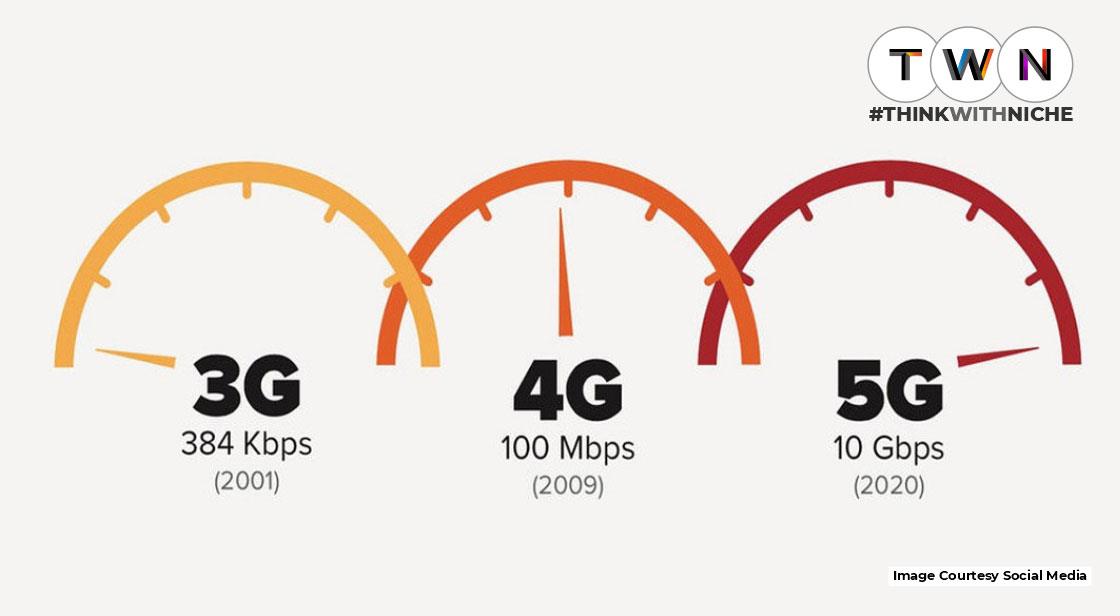 5th "generation" technology is all readied to bring great changes. Wireless technology will not just bring a great revolution in the field of telecommunication, but also impact our lives in many other ways. In 5G, the consumers will get high-speed internet usage, but also check latency. Improved medical treatments, averting road mishaps, and warning quickly about natural disasters are a few of the other benefits of the new technology. According to a survey conducted by the telecom department, this new technology is expected to speed up download speeds and eliminate network problems in areas with high density.

The 5th generation networks are available right now in some European countries and USA, however, India is going to get the 5G services very soon. The Government of India has approved a 5G spectrum auction and many telecom giants are in the fray for the big deal. Adani Data Networks, Reliance Jio, Bharti Airtel, and Vodafone Idea are the participants of India’s first 5G spectrum auction which will be held on July 26.

The 5G technology is all set to rule the world. The fifth-generation technology is a planned successor to the 4G networks, which are currently providing connectivity to many prevailing cellphones. The new network is expected to cross over 1.7 billion subscribers worldwide by 2025, as per the Global System for Mobile Communications (GSM) Association. Wireless technology will not just bring a great revolution in the field of telecommunication, but also impact our lives in many ways. We are here to guide you about the five benefits associated with the newest technology.

In next-generation wireless technology, the letter G stands for “Generation”.

We have experienced 1G, 2G, 3G, and 4G LTE technologies and seen clunky analog cell phones to stylish smartphones. But now the time has come for even much faster technology that will be super beneficial to the consumers.

Here are the 5G’s associated with the technology-

The prime goal of wireless technology will be to ensure quick speed for the consumers. The 5G technology will improve Latency, also referred to as “lag”. It is the interval between accessing an event and responding to it. For instance, a huge file that would take more than 20 hours to download using 3G technology, will take only a few seconds using 5G. People will be able to download a movie 10 times faster than before.

The 5G technology will check the number of road mishaps by averting them through Vehicle-to-Vehicle Communications (V2V). Cars connected to Intelligent Traffic Management Systems can transmit information such as position, speed, and destination thanks to 5G networking.

Mobile gaming is possible with 5G. With the use of mobile technology and a cloud gaming server, players can play their favorite games wherever they are, including on public transportation and at dental offices.

The realm of medicine is one of the most significant areas where 5G technology will demonstrate its transformational potential. A few seconds can make all the difference when it comes to life and death situations. Doctors will be able to access patients worldwide thanks to 5G technology, which will eliminate geographical boundaries. Through the use of 5G technology, there is essentially endless potential for medical improvements.

Alarm systems will be transformed by 5G so that all processes occur swiftly and without delay, whether they are private or public. A 5G-enabled alarm system will instantly notify authorities in real-time to protect lives and property. The security sector will alter as a result of how quickly and reliably 5G alarm systems operate.

According to a survey conducted by the Telecom Department, this new technology is expected to speed up download speeds and eliminate network problems in areas with high density. The survey found that the respondents most relate to speedup.

However, despite all the benefits, there are a few challenges that will be there with the 5G technology.

The technology involves infrastructure development, which might come up as an additional cost to the companies.

Many of the older devices are not compatible with 5G. So, those who need to take the 5G services might need to switch their handsets for better functioning of the new technology.

Lack of Technological Support in a Few Parts-

The success of 5G in technology might be challenging due to incomplete technological support in some parts of the world.

The United States Federal Aviation Administration (FAA) has warned that radar altimeters on aircraft, which operate between 4.2 and 4.4 GHz, might be affected by 5G operations between 3.7 and 3.98 GHz.  Some other authorities expressed similar worries and recommended that 5G phones be turned off or be put in airplane mode during flights.

Giving our readers a brief view of the changes in the communication industry from 1G to 5G:

The first mobile communication system with analog signal transmission was created in Chicago, USA, in 1986. The analog type is represented using analog FM modulation for wireless transmission, which translated speech frequencies between 300Hz and 3400Hz to the high-frequency carrier frequency MHz.

When the second generation of communication technology reached maturity in 1995, Chunghwa Telecom led the industry in making the transition from 1G to 2G. Analog modulation gives way to digital modulation between 1G and 2G.

A 3G license was granted by China on January 7, 2009. High-bandwidth, stable transmission, video telephony, and large-scale data transmission were common in this technology.

4G was launched in 2013. The Fourth-Generation Technology product integrated 3G and WLAN and transmitted high-quality video images comparable to that of high-definition television. The 4G system can download at 100Mbps, which was 2000 times faster than dial-up Internet access.

5G exhibits low latency, increased reliability, and low power consumption. It will be beneficial to consumers in many sectors.

News related to this topic - Telecom Giants Jio, Airtel To Spend Over 50,000 Crores in 5G Race

The 5th generation networks are available right now in some European countries and USA, however, India is going to get the 5G services very soon. The Government of India has approved a 5G Spectrum Auction and many telecom giants are in the fray for the big deal.

The Centre has released a list naming Adani Data Networks, Reliance Jio, Bharti Airtel, and Vodafone Idea as the participants of India’s first 5G spectrum auction which will be held on July 26. A total of 72,097.85 MHz of airwaves will be auctioned and the winner will have the right to use the spectrum for 20 years.

How do you think 5G will impact your life?