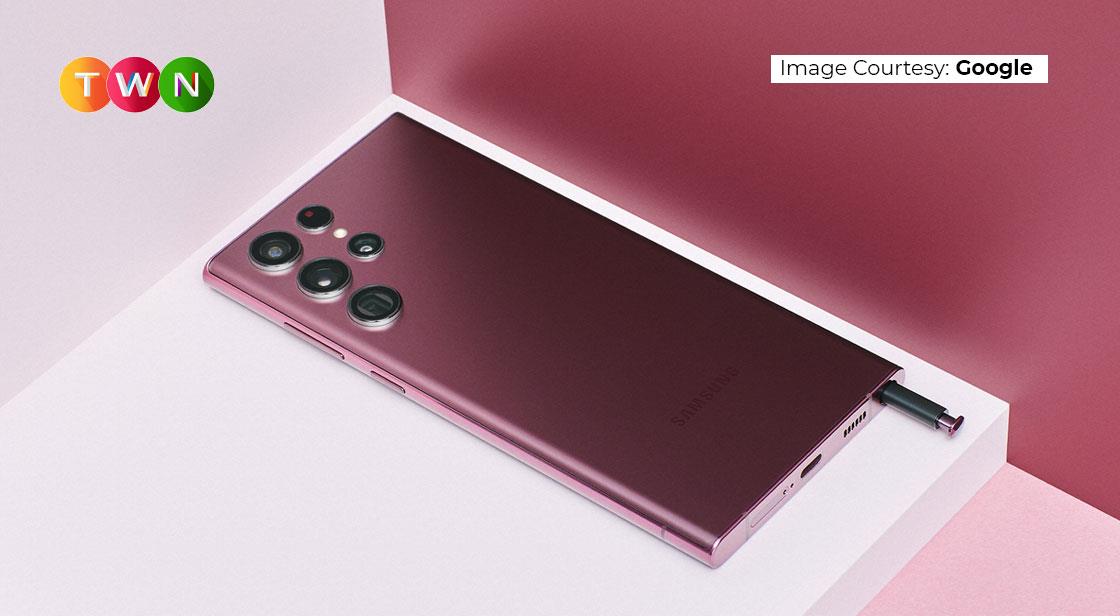 Are you confused about whether to buy an S series or a Samsung Note? Well, you can now get them both in the price of just one. With all-new Galaxy S22, Samsung has combined its two of the best phones. With the performance of an S series and an S-pen from the note, you get the best performance from an S series phone without compromising the creativity that comes along with a Note. #TWN

The only thing I want to say about this phone is this is a big phone! Only Shaquille O'Neal can fit this phone in his palm comfortably. Although the box is compact because of the non-availability of a charger inside it, this phone won’t feel like an s-series phone at all. This phone will remind you of a note because of its size and weight. This phone is even bigger than the Note 20 Ultra. The hype of this phone is way too much, which is quite understandable as it is the first flagship phone with a built-in S-pen which combines the productivity of a Note phone with the unmatched performance and camera of the S Series phone. This phone weighs around 228 grams, and one more thing this phone does not contain any 3.5 mm jack for your earphones. Ok, let’s get into the main content of this article; this Samsung Galaxy S-22 Ultra review will provide you with all the necessary information required to help you whether or not is this phone worth your money.

There’s no doubt that the S Pen has Galaxy Note enthusiasts most excited about the Samsung Galaxy S22 Ultra. S Pen is what defines the Note experience and is eventually combined with the Galaxy S Ultra. The S Pen is a unique tool that raises the Galaxy S22 Ultra to new heights. Whether it's taking notes or signing important documents, there's no better tool in the market than the S Pen. This S Pen fits right into your phone, and you don’t require to attach it to your phone case. Allowing the users to eject it in a jiff to write, sketch or control your phone. Bettered quiescence in Samsung Notes makes every pen stroke feel as natural as ink feels on paper — and you can convert those hastily written ideas into a normal text.

To unleash the power of the S Pen, Samsung demanded to include a display that could take advantage of the pen. Galaxy Note suckers will be happy to know that the Galaxy S22 Ultra comes with an immersive6.8- inch Dynamic AMOLED 2X display that refreshes at 120Hz. What had our guests most excited about this display is the fact that this is an adaptive 120Hz refresh rate, which automatically changes depending on the screen’s content. It allows the Galaxy S22 Ultra to deliver a smooth experience while not fully draining the battery. The Dynamic AMOLED 2X display with Vision Booster hits a mind-boggling 1750 nits at its peak. The Galaxy S22 Ultra packs the brightest smartphone screen ever, which means you can use the smartphone in the harshest sun. It’s no secret that Galaxy S Series has always had the swish displays on the request, but with the Galaxy S22 Ultra, Samsung seems to have eaten itself. However, you won’t find a smartphone better than this one, If you too are addicted to big and beautiful displays.

Another feature that has caused an adrenaline rush in the Samsung fans is the Qualcomm Snapdragon 8 Gen 1 chipset, based on the latest 4nm fabrication process. This chipset delivers unmatched performance and can tackle every activity that you will perform on this phone. Whether you're a productive nerd running multiple apps at a time or a game addict playing high graphic games at full-tilt, this phone won't break a sweat.

Samsung designed the Galaxy S22 Ultra to provide users with a phone that combines the creativity of the Note Series with the cameras of the Galaxy S Series. Now users can have the most stylish smartphone experience ever. The phone features a quad camera at the back, including a 108MP primary detector, a 10MP periscope camera, a 10MP Telephoto camera, and a 12MP ultra-wide camera.

Let's take a look at the pros and cons of this phone and conclude this article:-

If you liked reading about this beast phone, Let's take you to something subtle in the next article.