World Toilet Day 2022: Ensure Clean Water And Sanitation For Everyone 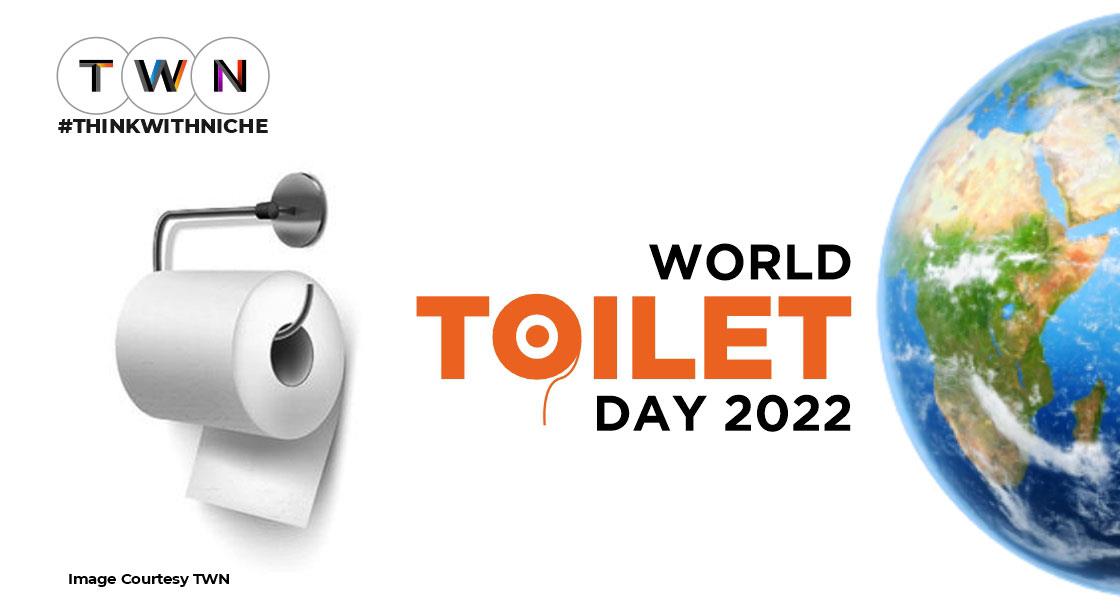 The World Toilet Organization established World Toilet Day in 2001 to recognize the importance of toilets for public health, dignity, and safety. Since then, November 19 is a day that inspires action toward Sustainable Development Goal 6, which aims to ensure water and sanitation are available for everyone.

Since the first World Toilet Day in 2000, 39% to 14% of the world's population has not had access to improved sanitation. This is a facility that prevents excreta contact. Despite this, nearly 700 million people still use open defecation. More than 2 million deaths each year are due to inadequate sanitation or unsafe water. These losses are concentrated in rural areas. On the occasion of World Toilet Day in 2022, let's discuss the perspectives on sanitation in India and around the world.

Every year, November 19th is World Toilet Day. Since 2013, it has been an annual United Nations celebration that celebrates toilets and raises awareness about the 3.6 million people who don't have access to safe, managed sanitation. It's about taking action to address the global sanitation crisis and achieving Sustainable Development Goal 6: Water and Sanitation for All. SDG 6.2, the global promise to provide safe toilets for everyone by 2030, is the SDG.

The theme for this year's SDG 6.2 is "Let’s make the invisible visible."

India launched the Swachh Bharat Mission Urban (Urban), or Clean India Mission, to promote health, hygiene, and sanitation, on October 2, 2014, the Birth Anniversary of the Father of the Nation Mahatma Gandhi (October 2). This was a national movement. Atal Mission for Rejuvenation & Urban Transformation (AMRUT) and Smart City Mission were launched to improve urban sanitation infrastructure.

Dalberg Associates conducted a 2018 study and found that there are 5 million sanitation workers in India. 2 million of these workers work in high-risk areas. This high-risk, or dangerous cleaning is often associated with the work of sewer and septic tank cleaners. This includes cleaning out toilets, pits, and septic tanks, as well as entering sewers and manholes to unclog them.

The Self-Employment Scheme of Liberation & Rehabilitation of Scavengers (SRMS) is one of the most innovative government initiatives to help manual scavengers. Although it was established more than 15 years ago by National Safai Karamcharis Finance and Development Corporation, it has yet to achieve its goals. SRMS was established in 2007 with the goal of placing manual scavengers, and those who depended upon them, in other occupations by 2009.

Under the Swachh Bharat Mission, GRAMEEN, the Department of Drinking Water & Sanitation, Ministry of Jal Shakti is organizing a 'Swachhta Run,' in rural India to commemorate World Toilet Day, 19 November 2022. States and UTs were directed to organize the "Swachhta run" at Gram Panchayat level (GP). This will include local heroes, Swachhagrahis, ASHA workers, youth, volunteers, local folk artists, etc. It was suggested to engage the local elected representatives/sports persons/celebrities/local influencers to flag off the "Run" to enthuse the local populace for participation. Participation in the "Run", including the taking of the "Swachhta Pag" by all participants; the display of banners, posters and slogans along the route of SBM(G), Phase II; the starting and end of the "Run” at a site with historical significance or the GP office; provision of refreshments, medical kit, T-shirts, and a participation certificate by the GP – all of these elements were also communicated and shared with the states and UTs.

Also Read: World Habitat Day 2022: Every Person Should Have A Safe House

According to a UN assessment, India has made "moderate" progress in reducing its population's open defecation rates and has been successful in increasing access to better drinking water for more people in both urban and rural areas.

Only Cambodia and Ethiopia performed better than India among the 16 nations on the list that have decreased open defecation by more than 20 percentage points since 2000.

74% of the global population does not have access to safe drinking water. Access to improved water sources is 10 percentage points more common for urban households than it is for rural households. Purifying water by boiling or other methods is a good option in areas without access to clean water pipes. The health benefits of water treatment in these settings for a child's health are well documented.

It is not well understood how water treatment and sanitation improvements interact. The subsidy experiment saw a rise in the number of households with toilets to 62% from 45%. Meanwhile, the proportion of households who boil water before drinking it fell from 60% to 45%. This is a dramatic and significant decrease. This was due in large part to the fact that poor households were less likely to have access to bottled water.

What You Can Do

India has made great strides in sanitation and cleanliness over the past decade thanks to the SBM-U. SBM was largely responsible for the construction of toilets, and behavioral change. The next natural step would have been to get rid of dry latrines and create a strong sewage infrastructure that doesn't require a human touch. This is the SBM-U 2.0.

To make significant improvements in sanitation, it is necessary to have a well-planned implementation and a concerted effort.