World Habitat Day 2022: Every Person Should Have A Safe House 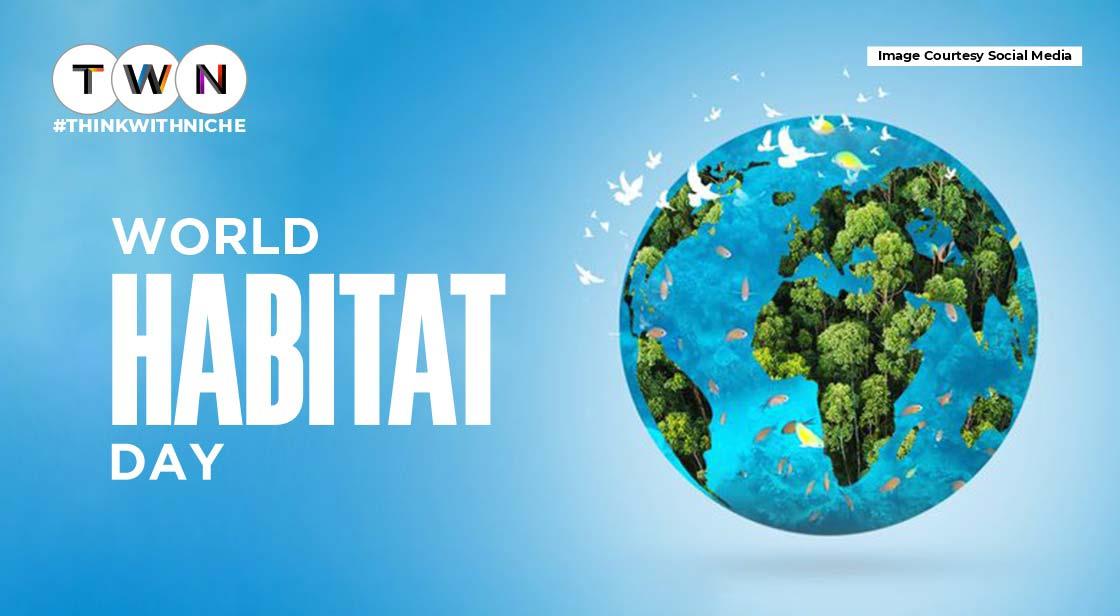 Every year on the first Monday in October, World Habitat Day is observed. The United Nations has officially recognized the day. The day is celebrated to recognize the situation of our cities and towns as well as everyone's fundamental right to adequate shelter. The purpose of the day is to raise awareness of the public's ability and duty to influence the future of our cities. Whether it is scorching heat or severe cold or heavy rain, our home saves us from all these. No matter where we go to any corner of the world, in the end, we remember our home, but have you ever thought that who saves those who do not have a home from the scorching heat, severe cold, and heavy rain?

It is the dream of every person to have a house, even if it is small but they have their own house. World Habitat Day is celebrated with the aim of spreading awareness about our basic rights like bread, cloth, and house.

Whether one is rich or poor, after working hard all day, everyone sees his home as a shelter. The same is true not only of us humans but also of animals and birds. Animals and birds roaming in search of food and water throughout the day also leave for their homes by evening. Home is another name for comfort, it gives us a feeling of being safe. In the basic necessities of a person, after bread and clothes, the house has a place.

World Habitat Day inspires us to consider our fundamental right to adequate shelter. The day serves as a reminder that we are in charge of determining how our cities and towns will develop.

The first World Habitat Day was held in 1986 in the city of Nairobi, the Capital of Kenya, and was celebrated with the theme "Shelter Is My Right". Let us tell you that this day is celebrated every year on the first Monday of October with different themes.

For the first time in 1985, this day was declared as a resolution by the United Nations General Assembly. On this day, the United Nations discusses the activities, events, plans for better development, and how to achieve these goals related to the housing system. As we told you that this day is celebrated with different themes every year and these themes are related to themes like a shelter for the homeless, better urban life, safe and good cities, development of slum areas, and housing for all. it occurs.

Importance Of A Safe Habitat

As the world's population is increasing rapidly, climate change, waste management, and providing clean water for all have become a matter of concern today. Waste management is not being done properly in many big cities because the waste management system in big cities is not enough to meet the needs of the growing population. That is why in 2018 World Habitat Day was celebrated with the theme Municipal Solid Waste Management. If we do not pay attention to the problem of household waste and the maintenance of the dump site, then it will not be possible to deal with the problem of pollution, that is why it is important to pay attention to waste management. If every city has a good waste management system, it will also have a positive impact on the environment, public health, and climate change.

Keeping this in mind, in 2019, the theme of Frontier Technologies as an Innovative Tool to Transform Waste to Wealth has been kept so that it is possible to make money from waste too. We are all aware that technology has the potential to improve and make things better, so it is a good decision to use technology to avoid devastating impacts on public health, the environment, and climate change.

Today on one hand the same person has many houses while on the other hand thousands of people die simply because of this reason because they do not have a house. You must have also read much such news in which it has been told that many homeless people have died due to severe cold in the winter season and now it has become a regular story that is why every person should have a safe house. For a sustainable lifestyle, it has become extremely important today to address all the challenges faced by the human population.

Let us tell you that the purpose of World Habitat Day is not just to provide homes to the homeless. The purpose of this day is also to establish a better social system. If people are also living in the settlement, then it should be equipped with all facilities and people should feel safe there.

Every year World Habitat Day is celebrated with a theme. This year on October 3, 2022, World Habitat Day will be celebrated across the world. The theme of World Habitat Day in 2021 was "Accelerating Urban Action for a Carbon Free World" and the theme of 2022 is - Mind the Gap. Leave no one and place behind. The main objective of this theme set for this year is to make people aware of the increasing inequality in cities and human settlements. We all know how many problems people face in settlements and the United Nations has decided on this theme this year keeping that in mind.

Let us know about some other themes of World Habitat Day-

The basic objective of this award is to initiate such works so that not only the suffering of the homeless people can be understood but they can also be removed. Its other objectives are to cooperate in the reconstruction of human settlements and contribute to the development of the quality of urban life.

If we talk about India, then in our country all the schemes like Indira Awas, Pradhan Mantri Gramin Awas Yojana, (previously Indira Awas Yojana), Rajiv Gandhi Awas have been running in the past and with the help of these schemes, the needy and homeless people were provided houses. has gone. In 2015, Prime Minister Narendra Modi launched the housing scheme Pradhan Mantri Awas Yojana and the goal of this scheme was to provide a pucca house by 2022 for all the citizens of the country. Under this scheme, people of low and middle-income group can fulfill their dream of owning a house by taking loans at a very low interest rate.

The purpose of World Habitat Day is not only to provide homes for all, but also to establish a better social order. The day is celebrated with a different theme each year and these themes are related to themes such as shelter for the homeless, better urban life, safe and good cities, development of slum areas, and housing for all. The UN-Habitat Scroll of Honor Award award ceremony is also organized on the day of World Habitat Day.