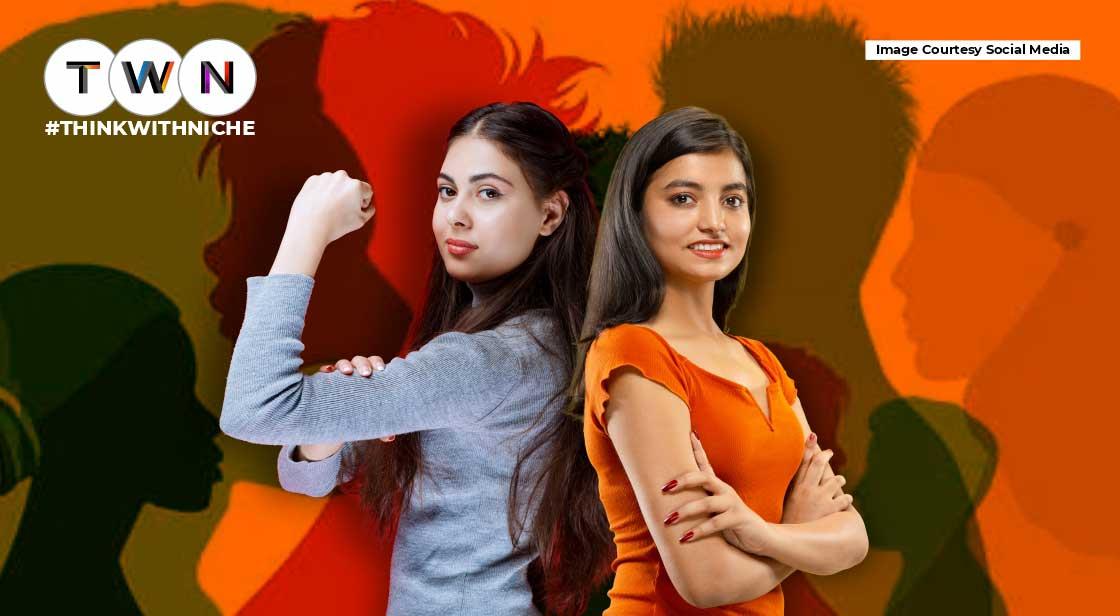 “Woman is not BORN, but MADE.” The growth of women in all spheres of life with equal job opportunities, respect, self-worth, and the right to control their own lives is termed 'Women empowerment.' But discrimination is very frequently observed and women suffer from "Cradle To Grave". Various reports globally state the condition of women giving insights about lower gross enrollment ratios at higher education levels, 70% of the world's poor are females as stated by UNESCO. Initially, women didn't even have an opportunity to vote. But now since the mindsets of people are evolving women are getting better consideration and opportunities though the violence against women has not stopped completely steps are being taken for the same. Women are growing strong day by day by working in different sectors, setting up their own businesses, and turning out as entrepreneurs. We also have some great women leaders which set an example for other women, like- Kamala Harris (Vice President Of The United States), Mel Robbins (Author and Speaker), Nirmala Sitharaman (Finance Minister Of India), Indra Nooyi (Former CEO PepsiCo), and many more women are an ideal.

We humans, despite our great scientific and technological progress, continue to live in gendered societies – a society where one gender rules and dictates over the others. A society beset with patriarchy. Biological differences between men have most conveniently been used as an excuse to subjugate women. A woman’s role is seen limited to a bearer and rearer of a child and a homemaker. Thus, it is more probable to happen that women are left confined to the four walls of their homes as the world stagnates – economically and socially. This has resulted in deplorable conditions for women. They have been isolated from wider participation in economy and polity, and this just seems to reinforce the myth that women are in some way inferior to men.

It is shocking to know that only a century ago did women get the most basic rights – The Right to Vote in New Zealand (1897) after a long struggle. Their lack of participation in politics and society, in general, has manifested in various forms.

What Is The Condition In India?

Women suffer from “Cradle to Grave”. First of all, for most parents, a notion of son-meta preference guides their wish for a progeny. This results in horrific cases of female infanticide and unwanted girls who face neglect in basic nutrition and education. For example, 50% of all adolescent girls and women in India are anemic!

In education, males have an edge of 16% points on literacy above females in India. This perpetuates lower gross enrollment ratios at higher education levels and women in STEM (Science, Tech, Engineering, and Mathematics) fields.

This handicap or let’s say “forced handicap” causes a lack of proper skills and thus poor participation in the workforce and incomes. No wonder there’s a trend of feminization of poverty with 70% of the world’s poor as females – according to a UNESCO report.

Women, more concerningly have been on the receiving end of violence and harassment in myriad forms – domestic violence by an alcoholic male, marital rape, stalking, and more recently– new avenues such as cyberbullying and rape threats have opened up. The scenario changes from bad to worse for women in the lower strata of the economy.

All of the above-mentioned deprecations are not natural but have a social root cause that lies in the patriarchal structures of the world’s own making and burdens of neo-colonialism.

Where Did We Go Wrong?

In today’s world, when we suffer the onslaught of COVID-19, governments led by females have been praised the world over for choosing “fact over fiction” and “science over propaganda” thus flattening the curve much earlier. Jacinda Ardern (New Zealand), and Angela Merkel (Germany) are but a few examples of this.

More than anything else, the world of today suffers from a “moral deficit”. A world that is torn by hate and past truth, reductive and exclusive nationalism, and xenophobia. This is a manifestation of a world that has for so long neglected the voice of women who can contribute to a more caring, responsible, and ethical world and society.

So where do we go from here? How do we ensure an equal society for women and in turn the welfare of the world? Since the issues at hand are many, the solution needs to be multi-dimensional.

First, there is a need for an attitudinal change, a “mindset revolution” if we have to progress. Patriarchy has to be uprooted from all spheres – be it economy, polity, education, health, families, and our own little brains.

Second, Legal and institutional measures have to supplement our efforts. There’s a need for ensuring tougher laws against crimes perpetrated on women from infanticide, to child marriage, dowry, bullying, cyber threats, and rape. Even more important is to reform our criminal jurisprudence to make it more gender-sensitive and implement the legal measures taken.

Third, Institutions like National Commission for Women in India need to be given more powers and teeth to inquire into complaints, recommend binding steps and ensure workplace equality.

Fourth, there’s a need to invest more in the education, health, and skill development of women. The incentive structures such as conditional cash transfers in the ‘Bolsa-Familia’ scheme (Brazil) can be an inspiration. The world will reap sure benefits as seen in the all-around progress of countries in Scandinavia that have bridged their gender gap substantially.

To ensure more political participation, reservations in parliament for women are a potent tool. The case study from Panchayati Raj where women form more than 35% of all representatives and have led to massive grass-roots reform, is a reference point.

Women's entrepreneurship and financial empowerment are crucial to transition them outside the four walls of the home. The SHG movement in Bangladesh (Grameen bank) and India shows how economically secure women can have a positive impact on overall human development. More thrust on this aspect is therefore needed.

Women empowerment can only be eliminated when gender equality is established. Equal opportunities and respect for both genders should prevail. This would not only lead to the personal development of people's thinking but also the socio-economic development of society.

Finally, the words of former UN Secretary-General, Ban-Ki-Moon, should guide our future steps:

“If you invest in a man,

You invest in an individual.

If you invest in a woman,

You invest in the future of humankind”