Use GetResponse to Get Response on Emails! 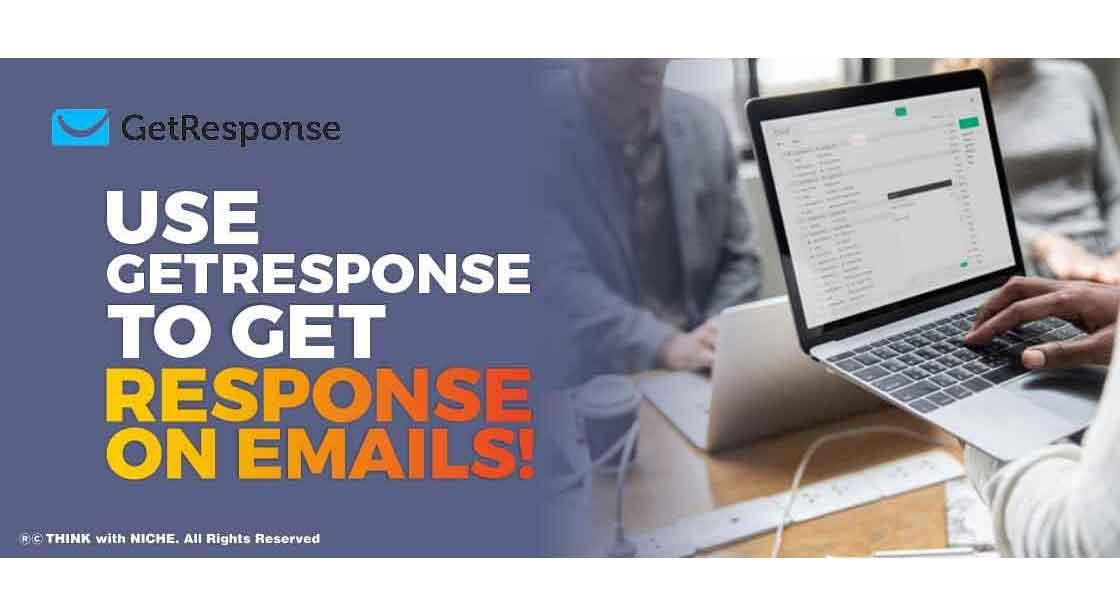 Solving the problems is the reason how many big business giants came into existence. Amazon, Tesla, HubSpot, GetResponse are the result of those problem-solving scenarios that made them what they are today. The article you are about to read is about a company that came into existence due to the lack of emailing technology and the absence of mass emailing. #TWN

It is rightly said that when you have a problem that no one else can solve, it can only be solved by you now, and that is how new ideas come into the world. Congratulations! Now you are an entrepreneur who solved a problem. Solving the problems is the reason how many big business giants came into existence. Amazon, Tesla, HubSpot, GetResponse are the result of those problem-solving scenarios that made them what they are today. The article you are about to read is about a company that came into existence due to the lack of emailing technology and the absence of mass emailing. We are talking about GetResponse, and you will learn everything about this master platform in the world of the online marketing industry. Try HubSpot today!

Want to Grow your Business? Click on the Banner below to Unveil the Prowess of Hubspot!

What is GetResponse Exactly?

It is an online marketing platform of Polish origin that offers various solutions needed during Marketing & Sales campaigns. The platform allows you to generate and send mail campaigns, landing page creation, webinars, and much more. Apart from all this, the company also creates websites and runs ad campaigns on social media sites like Facebook and Instagram. GetResponse has a long way to go from this place. The name we hear now isn’t the original name. Earlier it was known as Bizmaker.

Background of The Company

The company was founded in Poland in 1998. Gdynia (a city in Poland) is the home of this company. A Man named Szymon Grabowski was working on his first online business that included hotels. He was working on making a travel website, and for that, he needed data from fellow hotel owners that he could incorporate into his website. He was trying to get the address of the accommodation, but it was very tedious as there were no specific tools to do so. He had to call a very hotel to collect the data. It was a very time-consuming task to call and gather information. He realized that there was no such tool available that could carry out mass emailing. Upon realizing that, he decided to build one such system on his own. That is how a man created Bizmaker. After a while, the name did not sound great to Szymon, so he changed it to GetResponse. The company was named Implix, but this name was also changed to GetResponse in later years.

Soon the beta version of the tool was released after it was successful. In 1998, the beta version was available as a SaaS model. As the nature of the platform was innovative, it was released everywhere except Poland. In nine years, GetResponse had its first branch overseas in Canada. Two years later, in 2009, GetResponse had its presence on every continent except Antarctica. In 2010, GetResponse finally decided to make itself available for the Polish people. In 2017, a certification program was launched that was targeted to improve the qualifications of the marketer.

Reasons to Go for GetResponse

Here I will mention some points that will make you choose GetResponse as your mailing service and ad campaign partner. Let’s know some of them:

1. The platform has a free version that has many features. These features can be used indefinitely. This step can be very good for reeling in potential customers. For you, these features might be more than enough for mass emailing and other duties.

2. If you are okay with the basic plan they offer, good enough! But if you want to upgrade, then you can get a cheap plan. It will be far better than going for an expensive plan.

3. When you pay for one or two years of service upfront, the discount they provide is generous. Such discounts are hard to find if you go on any other platform.

4. Tools it offers for marketing automation are very sophisticated and easy to use.

5. The approach to data segmentation is very flexible. It makes list management very straightforward. It makes it stand out among other products in the market.

7. The chat feature given in the product can be very helpful. It can increase your conversion rate.

8. They provide you with a custom DKIM in every plan. Even a free plan will have this DKIM (DomainKeys Identified Mails).

9. Whenever in trouble, you can get support in any language you want. It has a wide language database for you.

10. They try to help small businesses by providing an ‘all-in-one’ approach. This approach can save you from spending your money on multiple tools.

11. When you sign up for a trial, GetResponse will not ask for any details regarding your credit card. It is a big yes for those who hate sharing card details for minimal things. Try GetResponse for Free!

Get Your personal E-mail Marketer for Free. Click on the banner below to experience GetResponse Seamless Services!

Everything has pros and cons, and we will talk about cons now:

1. The DnD (Drag and Drop) Interface is kind of fiddly. The UX part needs considerable improvement.

2. Unless you opt for a ‘Max’ plan, you cannot use the phone as it is not supported in any plan.

3. They have limited the split testing functionality.

You can see that good points are more than cons. So, it is clear if you should go for this platform or not. Flaws can be overseen, but the success it will get you will be remembered. Choose the best, choose GetResponse.

Use Canva To Create More Than Just Pictures

The Best Universities for Digital Marketing in the USA

Online Reputation Management – Everything You Need to Know