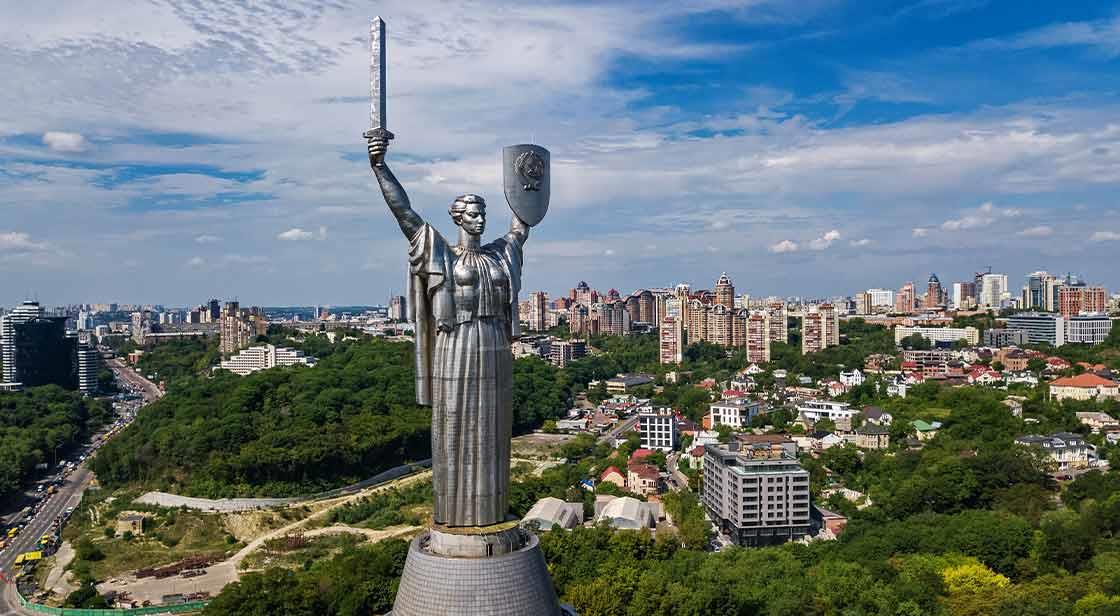 The Russia-Ukraine War has shaken the entire world. Everybody is sad and distressed about the turn of events in Ukraine. The brutal attacks of Russia have riddled the nooks and corners of Ukraine. Citizens have lost their homes, and children have lost their parents. The entire place is blazing! Is this the modern world we have dreamt of? In this blog, let us know the real Ukraine and whether it deserves such tyranny! #TWN

“War does not determine who is right, only who is left!” - Bertrand Russell

Throughout 2021 and 2022, Russia's military buildup on Ukraine's border escalated tensions and strained bilateral relations, with the US sending a strong message that an invasion would have dire consequences for Russia's economy. Here are the reasons for Russia Ukraine conflict:

Indeed! It is the real nature of war! You can easily decide that you are at war with a specific country! But in your arrogance, you seldom realize the devastation and destruction it would cause to human life. In the end, the only thing left behind are piles of dead bodies from both sides, weeping and wailing women and children, blazing homes, homeless people, and shattered lives! A peace-keeping mission by waging a war! Wow! Does it make Russia Ukraine relations better? Is your ego bigger than such ruination? Can any cause of war be greater and justified than human life?

Ukraine! "Glory to Ukraine! Glory to heroes!" The national salute of Ukraine that became very popular among the Ukrainians during the War of Independence of 1917 is so relevant in the Russia-Ukraine War-hit nation today! As President Volodymyr Zelensky, who rejected American President’s rescue offer, stated in his heroic statement, “I need anti-tank ammo, not a ride!”

Presently facing the fury of Russia, Ukraine is a beautiful country on the East and Northeast borders of Russia. It is an amalgamation of heritage buildings, lush green forests, and breathtaking landscapes. From the Tunnel of Love to Ghost Towns, Ukraine is filled with captivating sites to cherish a lifetime!

Kyiv, the capital of Ukraine that bravely stands amidst the showering missiles and the thumping advances of the Russian Tankers, is known internationally as the “City of Golden Domes” for the gleaming beauty of the ancient churches like the Monastery of Caves. The city is not just a home to beautiful architectural masterpieces, but it is the center of all business and political activity as well. Sadly now the beauty is sustaining the heart-wrenching swaying of fighter planes! With these scenes, can you believe that it is dotted, with as many as 500 parks and that it is one of the greenest cities in Europe? You treasure the magical scenes in your heart!

The Donetsk and the Luhansk region in Ukraine are famous as the Wild Fields. They together comprise the Donbas area. Donbas is the abbreviation for Donets Coal Basin. These towns are situated on the banks of River Donets, which is the center of coal deposits. The coal reserves are a great help in the growth of steel production. The businessman John Hughes founded Donetsk in 1869 when he built coal mines in Cossack village. Though the Donbas region is an industrial area, it charms you with its theatres, planetariums, and museums!

The Architectural Magnificence of Ukraine!

The architecture of Ukraine is one of its greatest strengths, which is sadly in danger during this war situation. Little do the leaders realize that this mindless destruction would only ruin the beauty and alluring heritage of the region! The outcome of a war is never positive, only rubbles of hatred and hostility!

Ukrainian Architecture occupies a very special place in the history of Europe. It has a unique style and artistic brilliance! Over the years, it has come under the influence of several architectural trends, including the Romanesque to the Post Modern architecture. Ukraine is dotted with glorious monuments that are living examples of the massive talent and expertise of the master architects!

Pechersk Lavra, also known as the Monastery of Caves, is one of the largest shrines of the Church of Orthodoxy in Ukraine and Eastern Europe. It is a masterpiece of the master craftsman Baroque Stepan Kovnir. It is marked as a UNESCO World Heritage Site. With alluring bell towers, cave systems, and a Cathedral the monastery is a stunning example of Ukrainian Baroque architecture.

Wow! The House of Chimaeras! The residence of the President! The Polish Wladyslaw Horodecki constructed it in 1901 as his apartment. It is built according to the Chimaeras style of architecture! In 2000 it was taken by the Communist party and reconstructed and restored as Horodecki had planned. You can see images of lizards, frogs, and antelopes gracing the columns. And yes, you can also see girls riding fish. It is an amazing monument that you don't want to take your eyes off!

This fascinating palace that defines the Baroque Classicism style of Architecture was the urban seat of the Former Minister-President of Austria, Alfred Josef Potocki, in 1880. It was built by French architect Louis Alphonse Rene Dovernut. The entire palace is marked by French classicism. The building has three stories with an attic. The decoration of the facades is done, with figured window frames and molded balconies. Since February 14, 2007, the Museum of European Art opened a Gallery department in the Potocki Palace!

Not only Kyiv and Lviv but entire Ukraine is dotted with heritage buildings that are cynosure to the eyes! Each one illustrates the classic expertise of the architects of the gone era. They have enriched Ukraine with their artistic genius! It is a pity such heritage is subject to oppression!

Ukraine is immensely rich in natural resources. The second-biggest gas reserves in the world are in Ukraine. It outscores its contemporaries in the department of Natural Gas also! It has about 1.09 trillion cubic meters of natural gas, which is second only to Norway! You may wonder why a country so rich in gas needs to import it! It is because USSR started large-scale extraction of gas in Siberia in the 1970s! Now the work of gas exploration and production is transferred to Russia. This way, the resources of Ukraine are left unexploited!

Apart from having rich reserves of Natural Gas, Ukraine is a rich source of minerals such as coal, iron, and various other non-metallic raw materials like corn, seed oils, iron ore, etc. It is also a rich source of Precious Metals like Titanium and Lithium. The titanium that is used in aerospace, surgical equipment, paints, paper, and plastic has rich reserves in Ukraine. About 20% of the world's Titanium ore reserves are situated in Ukraine. Lithium used in Electric vehicle (EV) Batteries is found in large amounts in Ukraine. It is also used in medications to treat depression. The Lithium fields are located in Zaporizhzhia oblast, Donetsk, and Kirovohrad.

Food Security is another department that is at risk in this Russian aggression. Ukraine is a major exporter of Wheat and Corn, and once it is annexed, the export department would go under Russia. Africa, West Asia, and the Middle East are the main countries to benefit from the food supplies of Ukraine. The economy of Ukraine relies heavily on its Grain Exports. After this crisis, the real wealth of Ukraine would be hit badly, that is for sure!

War! This three-letter word appears so small, yet it has the power to ruin the entire world! We cannot even imagine the pain of the countrymen of Ukraine in this Russia-Ukraine war! It is a fight between the Mighty and the Meek! By the looks of it, Might will win! But in reality, it is the meek Ukraine that has advanced gracefully into the hearts of the world. The way they have held their ground bravely is truly commendable! As their Anthem goes –

Our thought, our song

Will not die, will not perish…

Oh there, people, is our glory,

The glory of Ukraine!

Indeed! We can only hope and pray that sense prevails soon! Long live humanity! Long live the World!

How To Contribute To Sustainable Development