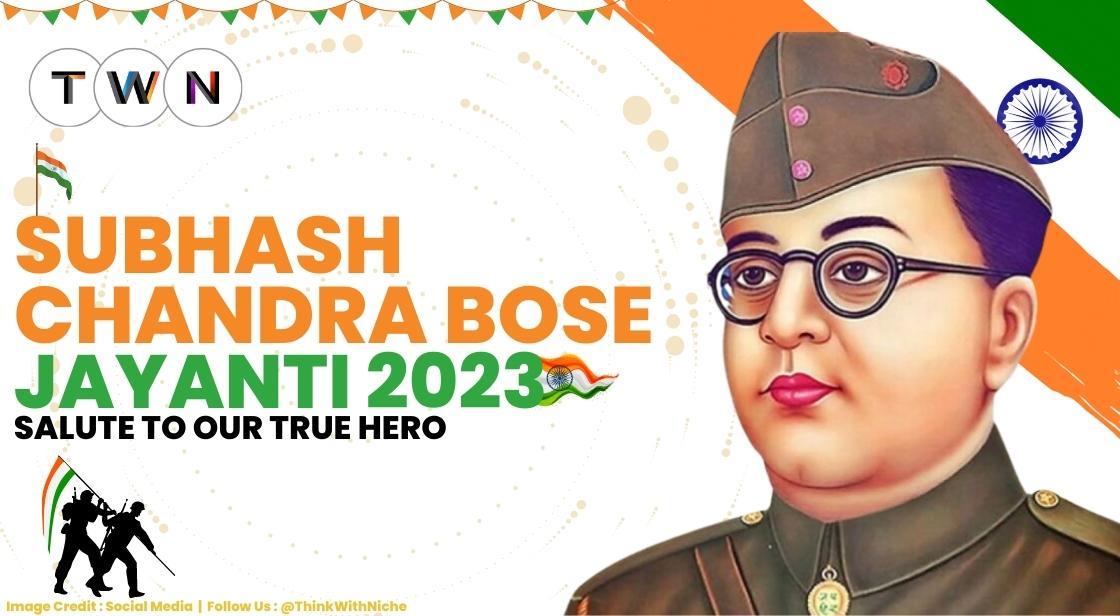 From activities to commemorate his life and legacy, to special events to mark the day, there is something for everyone to celebrate on Subhash Chandra Bose Jayanti 2023. Read on to find out more about this special day and how you can learn and get inspiration from this special day.

Subhash Chandra Bose Jayanti is a national festival celebrated every year on 23rd January to honor the birth anniversary of heroic freedom fighter Subhash Chandra Bose. He was an influential leader who played a key role in India’s independence struggle by leading the Indian National Army in its fight against the British. On this day people come together to remember his immense contribution and celebrate his life and legacy. This year, Subhash Chandra Bose Jayanti will be celebrated on 23rd January 2023. A variety of activities are planned to commemorate this day, including special events, cultural programs, exhibitions, and memorial services. So, if you wish to be part of this celebration and learn more about Subhash Chandra Bose, here’s all you need to know about this national festival.

The history of Subhash Chandra Bose Jayanti dates back to the year 1945 when it became an annual tradition to celebrate his birthday as a national festival. This was done to mark his contribution to the Indian struggle for independence. The purpose of Parakram Diwas is to motivate Indians, particularly the younger generation, to act fearlessly in the face of adversity and to instil a feeling of patriotism in them.in his honor. Bose was also awarded the title ‘Netaji’ (meaning ‘leader’ or ‘chief’ in Sanskrit) by his followers because of his inspiring leadership. Netaji was a revered name in the Indian freedom struggle and also among the Indian Armed Forces.

On January 23, 1897, Netaji Subhas Chandra Bose was born in Cuttack, Odisha. In honour of Netaji Subhas Chandra Bose Jayanti, people remember his sacrifices and enormous contributions to India's struggle for freedom. Youths from every generation are motivated to work hard to attain their goals and contribute to nation-building by his desire to battle till he died. On this day, Neta Ji Jayanti, every Indian remembers him and learns about his contributions to the country.

Together with his siblings, Netaji Subhas Chandra Bose studied at Protestant European School in Cuttack, which is now Stewart High School. After Presidency College, he relocated to England to study at Cambridge University to get ready for the Indian Civil Service. He passed the preliminary exam for the Indian Civil Service, but he chose not to appear for the main exam in order to join Mahatma Gandhi's Indian Freedom Movement.

After having an ideological disagreement with Gandhi ji and his followers, he later left the Indian National Congress and established the Forward Bloc in 1939. His arrest in July 1940 was the result of his persistent demonstrations and staunch ideology. When his health worsened as a result of a prolonged hunger strike, he was released from prison. He was thus placed under house arrest in his Calcutta home, from which he escaped and traveled to Berlin through Moscow in organizing an army and enlist the aid of the Axis Forces in an effort to remove British Rule over India.

On this day, you can attend various events and activities organized by schools, colleges, and other institutions. You can also visit Bose’s statues and shrines across the country. Moreover, there are a host of public programs taking place on the day, and these include - Air Force parades, raising of the National Flag, seminars, and exhibitions. All this helps you learn more about his life and his contribution. Netaji Bose Jayanti is also celebrated with great enthusiasm by the overseas Indian community. These celebrations are organized in many major cities around the world.

He spent some time in Germany and made an effort to get assistance from Germany. Later, he went to Japan to ask for assistance and established Azad Hind Fauj, also known as the Indian National Army. Rash Bihari Bose, an Indian Revolutionary who had escaped to Japan and attempted to organise the Indian Independence League in order to rally the Indians living in Southeast Asia to fight for their motherland, provided him with support.

He went there and raised the Indian flag after Japan captured Andaman. He tried to invade India from the North East while leading the INA, which had 45 000 soldiers. He initially defeated the Britisher, allowing INA to advance as far as Kohima. He bowed to give his motherland a loving kiss when he first touched down in the Indian Territory.

Unfortunately, after Japan surrendered after the USA launched the nuclear bomb on Hiroshima and Nagasaki, he and INA were forced to retreat. Later, with the assistance of the Japanese, he attempted to get in touch with the Russians to ask for support for INA and his Freedom Movement. Due to security concerns, he was forced to change his flight from Singapore to Japan. According to the official Japanese statement, Netaji Subhas Chandra Bose died in a plane crash on August 18, 1945, in Japanese-controlled Formosa (now Taiwan).

Although many Indians, especially those from the Bengali community, didn't accept this story and still don't, which has given rise to numerous conspiracy theories.

You can participate in the various activities organized by schools and colleges on this day and learn more about Bose. You can also visit Bose’s shrines and statues. Moreover, there are a host of public programs taking place on the day, and these include - Air Force parades, raising of the National Flag, seminars, and exhibitions. All this helps you celebrate the day with great enthusiasm and fervor.

“The future belongs to those who believe in their dreams.”

“There is more to life than increasing its riches.”

“You have to dream before your dreams can come true.”

On this day, you can learn more about Bose’s life and his contribution to the Indian freedom struggle. You can attend various events and activities organized to celebrate Bose Jayanti and pay your respects to this brave and daring leader who fought till his last breath for the freedom of his country. These activities will help you understand Bose’s life, struggles, and achievements and will help you celebrate Subhash Chandra Bose Jayanti with great enthusiasm and fervor.