Spiderman: The Exciting Journey to ‘No Way Home’ 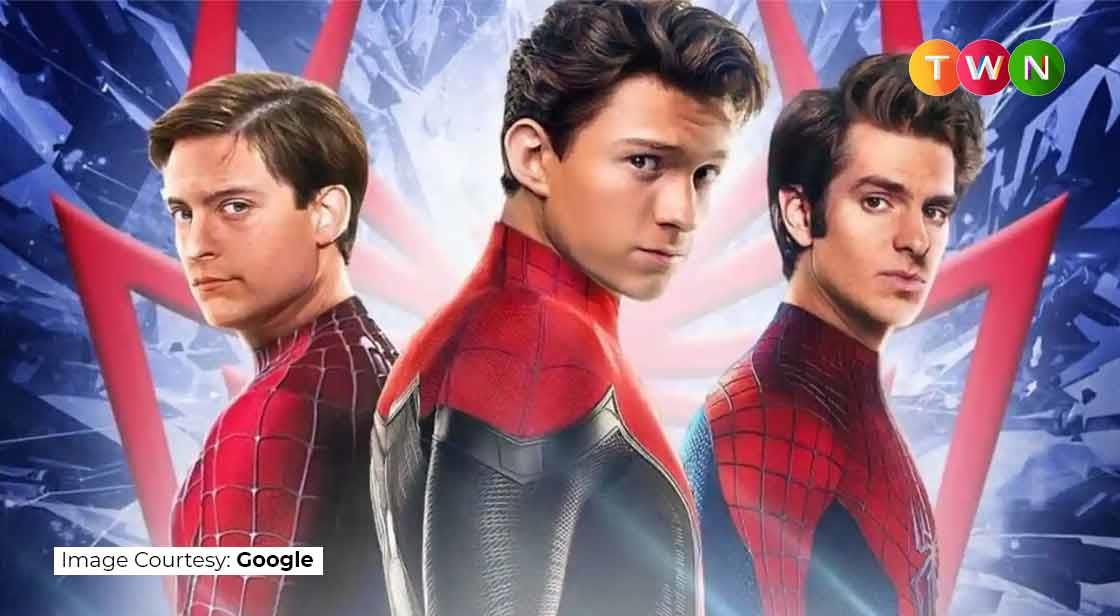 ‘Spiderman: No Way Home’ is the latest release from Marvel Studios. The fans are ecstatic! However, some fans believe that you need to watch all the Spiderman series if you wish to enjoy it to the fullest. So let us go down memory lane and feel the magic once again. #ThinkWithNiche

Spiderman, Spiderman, does whatever a spider can, spins a web, any size, catches thieves just like flies; Lookout, here comes the Spiderman! Yes, here comes Spiderman! This song instantly reminds us of the superhero clad in bright red costume swinging high from this building to that with the help of a web! He is the Amazing Spiderman! For decades, he has spun a magical web upon us with heart-touching scenes, mesmerizing photography, and daredevil action sequences. And nobody wants to get released from the wonder trap!

The Spiderman animated series came in 1967 on the television, and since then, Peter Parker has kept us glued to the silver screen with his unique story. From the movie Spiderman, released in 2002, to the ‘Amazing Spiderman’ to the brand new ‘Spiderman: No Way Home,’ every movie has been a joy to watch!

Planning a Date with Spiderman?

The Spiderman animated series came in 1967 on the television, and since then, Peter Parker has kept us glued to the silver screen with his unique story. From the movie Spiderman, released in 2002, to the ‘Amazing Spiderman’ to the brand new ‘Spiderman: No Way Home,’ every movie has been a joy to watch! And I know you would have begun planning your date with Spiderman. And why not the chills of winters are in the air, Christmas Carols are playing, and Christmas is just around the corner. It is the perfect time to celebrate with none other than the great Spidey!

Look Back With Love!

Have you watched all the movies? Okay! Okay! We know you are a big Spidey fan! Our mistake, but we must go through all the old Spiderman movies because ‘Spiderman: No Way Home’ is full of past references. Villains like Green Goblin, Doctor Octopus, and Sandman thrill you with their presence. So it is a great idea to revisit these movies and freshen up the Spidey trail. At the same time, it will help you enjoy the movie to the fullest! So let us go down memory lane –

It took four decades for the animated Spiderman to reach the silver screen. Spiderman, the movie released in 2002, and who would have thought that an irksome crawly spider could make people crazy go over it, but it happened! The story of Peter Parker, a student living with his Uncle Ben and Aunt May who catches the bug of a spider in an accident, instantly caught our interest. He acquires the abilities of a spider. On realizing his abilities, he thinks of using them to earn money. But when his uncle is killed, he realizes his value and his words, "With Great power comes great responsibility," and he decides to fight for the people. Toby Maguire gives an endearing performance in the role of half spider and half man. His relationship with Mary Jane (Kirsten Dunst) is very touching, and you begin to feel for your Spiderman. The problems increase when his school friend Harry falls in love with Mary. His father, Norman Osborn (Willem Dafoe), is an industrialist who is mean and arrogant. Gradually he becomes a gruesome villain. His confrontation with Spiderman as the Green Goblin looks magnificent. It is easily the best Spiderman movie ever and the best Spiderman!

Released in 2004, Spiderman 2 is also a treat to watch! So in this movie, Peter Parker is fed up with his life. He has lost his job, and his beloved gets engaged to someone else. What is even more painful are the accusations of being a criminal. He decides to give up his life as a savior. Just then, Doctor Otto Octavius, a scientist, fails in an experiment. He becomes a dangerous villain Doctor Octopus with many tentacles and hands. The Spiderman has to return to fulfill his duty and mesmerize us!

So here is yet another action-packed thriller from the house of Sony. There is no time to think about this one! Peter Parker succeeds in pulling together the bits and pieces of his life. His relationship with Mary Jane improves, and they are together again. But Spiderman being a Spiderman, has many challenges to face! You get to see the histrionics of numerous villains. Harry Osbourne returns as the New Goblin to take revenge on Peter. On the other hand, Peter has to catch Flint Marko, who had killed Uncle Ben. But Flint Marko appears as Sandman, one of the toughest enemies of Spiderman. Here we also catch a glimpse of Venom (extraterrestrial Symbiote), who attacks him and brings out his negative traits and anger in the form of Black Spiderman. Spiderman conquers him and releases the goodness residing within him.

This one broke our heart as Tobey Maguire gave the mantle of Peter Parker to Garfield. It is an entirely new story with Peter Parker being a high school student whose parents have left him, and he resides with his Uncle Ben and Aunt May. Gwen Stacy is his lady love who is committed to him. Peter is confused about his identity and why his parents left him. In his quest to learn reality, he finds a briefcase belonging to his father. It leads him to the laboratory of Dr.Connors, the partner of his father. As Spiderman, now is the time to realize his power and become the amazing hero that he is!

So cine-fans enjoying the roller-coaster ride with the Spiderman? We are only halfway! All this while, Spiderman was trapped in his struggles. But now the time has come to become the real Spiderman, the hero of the people! He has to save the people of New York from Electro (Jamie Fox). He can absorb and release a heavy amount of electricity. But as always, Spiderman supersedes!

A new Spiderman (Tom Holland) is ready to thrill us with his antics! The Spiderman is over the moon with his adventures in the Avengers. Yes, Avengers Infinity War is the rightful addition to this list. You cannot forget Doctor Strange, can you? So, satisfied with his experiences there, he returns to Aunt May and lives a peaceful life, without the slinging magic but just until Vulture surfaces! And yet again begins the hunt of Spiderman! A wonderful movie indeed!

You get a touch of heartwarming romance and the thrills and chills of the superhero adventure. The movie brings the much-awaited love story between Spiderman and MJ to the fore! The story is that the friendly neighborhood goes on a school trip. Here, Peter Parker a just a young man who falls in love! But then all sorts of creatures surface and create turmoil across the globe! Naturally, Spiderman has to return to specify that goodness prevails. It is a great movie that succeeds Avengers Endgame and, we get a new Avenger team with the leader being our very own Spiderman!

Wow! What a marvelous experience! The Spiderman may have different personalities, but the magic is the same! We can also never forget the Green Goblin, Doctor Strange, and Venom. So enjoy the Spiderman festival, and brace for the chills and thrills of Spiderman: No Way Home. Happy Viewing!