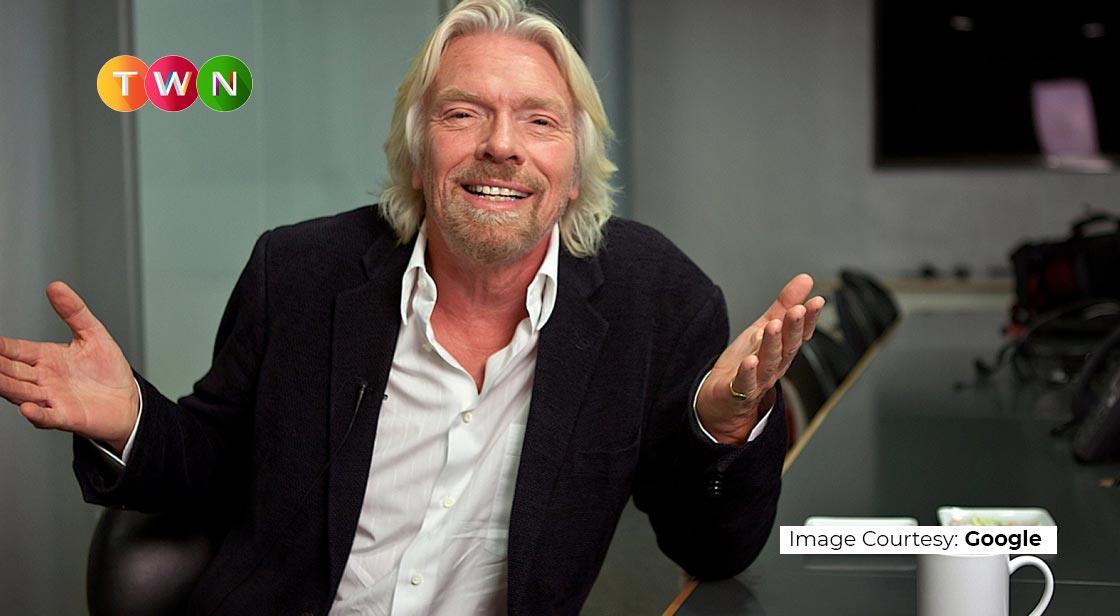 Richard Branson is one of the most celebrated Business tycoons. He is often said to be the Business magnet. He is a knighthood and has received numerous awards and honors. Let's take a look at his tremendous journey and how became Sir Richard Branson despite his dyslexia. #TWN

Occupation- Founder of the Virgin Group

Richard Branson was not born with a silver spoon in his mouth. His early life was not easy at all, he was born in Blackheath, London, to Eve Branson and Edward James Branson, while her mother was a Flight attendant and his father was a barrister. He has two younger sisters, Lindy Branson and Vanessa Branson. He received his early education at Scaitcliffe school before attending Cliff View House School in Sussex. His family was financially unstable, and he was forced to live in a boathouse as a normal house was too expensive for them. Branson was very poor in his academics because of his dyslexia problem. On his last day at school, his Head Master told him that he would either end up in a prison or become a millionaire and, the rest is history.

Branson started a magazine called Student in the year 1966, along with Nik Powell. The student was first issued in the year 1968, and a year later, Branson’s net worth was £50,000. The office of this venture was set up in the crypt of St. John's Church, off Bayswater Road, in London. Branson used the magazines to promote popular albums, which drove him to record sales. In the same year, he was questioned in connection with the selling of records declared export stock. The matter was never presented in front of a court as Branson agreed to pay the fine of £70,000.

The Start of Virgin

The biggest decision ever made by Branson was to step into the space travel industry, which was launched on 25 November 2004, with the name Virgin Galactic which was funded by Microsoft co-founder Paul Allen. The vision was to take paying passengers into suborbital outer space and turn the space into a travel destination. He also became the first billionaire to launch himself into space.

Virgin group is also betting on the Virgin Hyperloop, which is a train service based on Electric Hyperloop which can travel at a hypersonic speed. This project is still in its early stage.

Get a detailed study and close observation of the life of Sir Richard Charles Nicolas Branson on Wikipedia.

Explore our other articles on Visionaries of the World. Click on the link below!