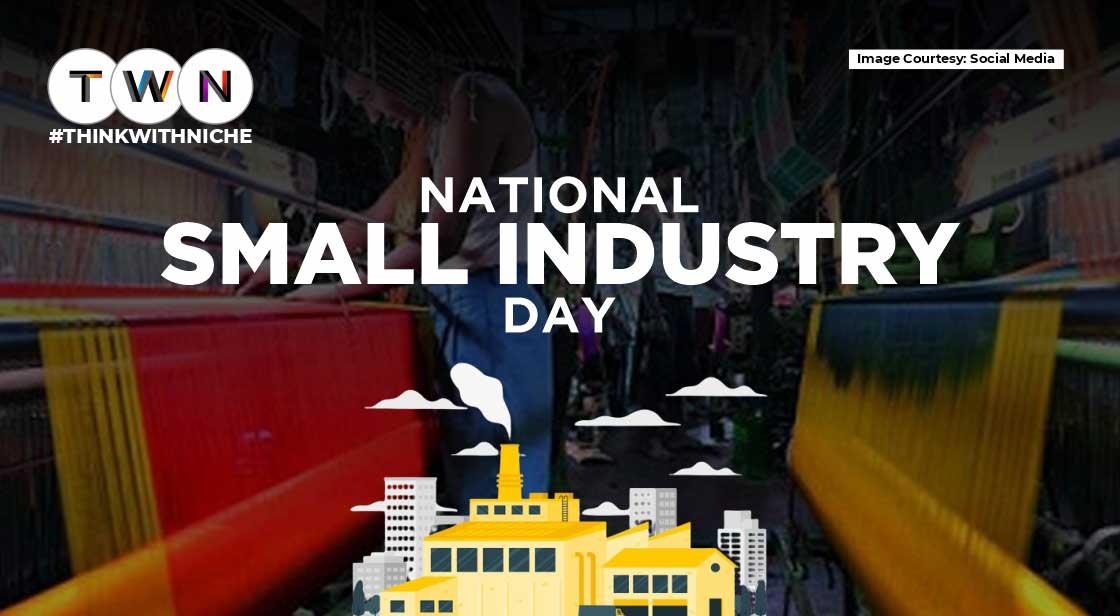 The National Small Industry Day is celebrated every year on August 30, to commemorate the contribution made by small-scale industries to the growth of India. On the 30th of August in 2000, the government was reported to have released a comprehensive policy plan for small-scale industry. Since it, National Small Industry Day is celebrated across the nation. Small Scale Industry (SSI) registration is often used in conjunction with micro, small and medium-sized enterprises (MSME) registration, while the MSME Development Act 2006 enables the growth and promotion of MSMEs or SSIs and provides for making them more competitive.

However, MSME Day observed on June 27 each year is declared a day of celebration by the United Nations General Assembly (UNGA) to bring an understanding of the role of MSMEs in sustainable development as well as the global economy. The world is awash with celebrations of MSME Day after a resolution was passed by the UNGA in 2017.

It is believed that the government of India joined the former Ministry of Small-Scale Industries and the Ministry of Agro and Rural Industries in 2007 and established the Ministry of MSME. The share of Indian MSMEs in the GDP of the country was about 30 percent prior to the pandemic, it decreased to 26.83 percent in FY21, as per information provided by the Secretary of State in charge of MSMEs Bhanu Pratap Singh Verma during the Lok Sabha in July of this year.

What are Small Industries?

Small Scale Industries are those industries where the manufacturing or product of services is done on a micro or small scale. Small Industries make a one-time investment in machines, plants and equipment, but they do not go over the amount of Rs. 10 crores, and the annual turnover cannot exceed 50 crores.

National Small Industry Day is observed to promote the small-scale businesses of India. Small-scale businesses have a significant part to play in the growth of a nation in transition. The government of the central region has taken all efforts to develop and promote small-scale industries. Small Scale Industries are labor-intensive and also focus on sharing economic power. When new industries are established, a variety of job openings increases. Both urban and rural areas are employed by small-scale industries. To help Small Scale Industry(SSI) Entrepreneurs the Ministry of Small-Scale Industries organized SSI Convention on the 30th of August 2001. The National Awards Function was presented in New Delhi. Three parts were included in the program: Inauguration, distribution of National Awards, and an Open House Discussion organized.

The government has introduced the scheme with the intention to offer financial aid for small-sized businesses to expand and upgrade. This scheme also addresses the demands of entrepreneurs who are looking to introduce new technology.

CGTMSE was launched to encourage first-generation entrepreneurs to venture into self-employment opportunities by facilitating credit guarantee support for collateral-free/guarantee-free loans to the Micro and Small Enterprises (MSEs).

This scheme can be used by existing entrepreneurs to increase the marketability of their products and services within the MSME sectors. It will help promote new initiatives to access markets, raise awareness and teach MSMEs on a variety of marketing-related subjects.

The MSE-CDP program supports the long-term sustainability and growth of MSEs through addressing common problems like improvement in technologies, skills, and quality market access, creating/upgrading infrastructure facilities in the existing or new industrial Areas and clusters that comprise MSEs. It also encourages green and sustainable manufacturing techniques in the clusters.

ESDP program was created to help new companies and capacity-building of existing MSMEs and to foster the entrepreneurial spirit within the nation. The scheme is suitable for both prospective and established entrepreneurs.

Jute Products For A Sustainable Business To Make The World Greener