Is Resigning Jobs the New Way to Strive Through Pandemic 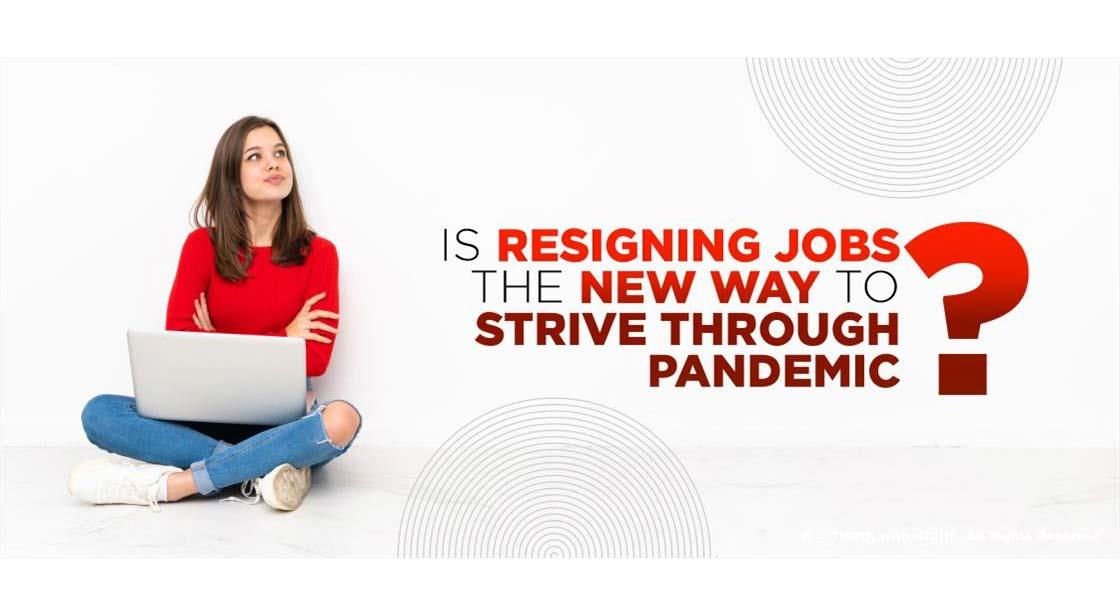 Have people left their full-time jobs to take care of their families and spend time with their children at the cost of their earning as a breadwinner for their families? Well, Covid-19 has brought many farfetched realities to life! #ThinkWithNiche

The number of individuals who resigned from their jobs in a single month in April set a new high for India and countries all over the world. It was dubbed the "Great Resignation" by economists. But most people quitting their spirit had only just begun. Even more, employees quit their jobs in July. Quitters set yet another record in August. Isn't it the Great Resignation? It's only going to get worse.

In practically every business, "quits," as the Bureau of Labor Statistics refers to them, are on the rise. The workplace must feel like one gigantic revolving door for individuals in the leisure and hospitality industries, in particular. In August, about 7% of employees in the "accommodations and food services" sector resigned. In a single month, one out of every 14 hotel clerks, restaurant servers, and bartenders said their goodbyes. Thanks to numerous pandemic-relief cheques, a rent moratorium, and student-loan forgiveness, everyone, especially those who are young and have a low salary, has more leeway to leave professions they don't like and pursue other opportunities.

Quitting is a word that conjures up images of losers and loafers. However, this amount of quitting reflects a sense of optimism that says, "We can do better." You may have heard that during America's golden age of labor, people stayed in the same job for 40 years and retired with a gold watch. That, however, is a complete fabrication. The truth is that people resigned their employment more frequently in the 1960s and 1970s than they have in the last 20 years, and the economy benefited as a result. Since the 1980s, Americans have been less likely to quit their employment, and many have clung to bad positions for fear of losing their benefits while hunting for a perfect one. Americans, on the other hand, appear to have had enough of sweating it in.

For fewer workers and managers who were far more secure before the epidemic, this scenario would seem like plunging out from the deep fryer of economic instability into the flames of Managerial Eternal damnation. Job opportunities are at an all-time high. Many posts go empty for months at a time. However, a plethora of obstacles are causing proper utilization to disintegrate. Humans and components are required to make all the decisions. It must be difficult to be a manager right now, with employees departing and pieces absconding.

In the meantime, the fundamentals of the workforce are being redefined. The outbreak forced countless households to adopt a homely and intensifying private culture akin to the regional livelihoods of the mid-1800s, but with more displays and internet distribution. Increasingly families are working remotely, preparing a meal, caring for their children at present, entertaining leisure at home, and even schooling their children in the house these days.

Imagine what that would imply if all of the occurrences had occurred in the opposite order.

Consider what would happen if the number of people quitting dropped to nil. The number of new businesses has decreased. Instead of a huge influx, everyone relocated to a congested metropolis. In those other terms, it'd be a massive amalgamation and centralized trend, with everyone laboring in cities for old corporations, something they never depart.