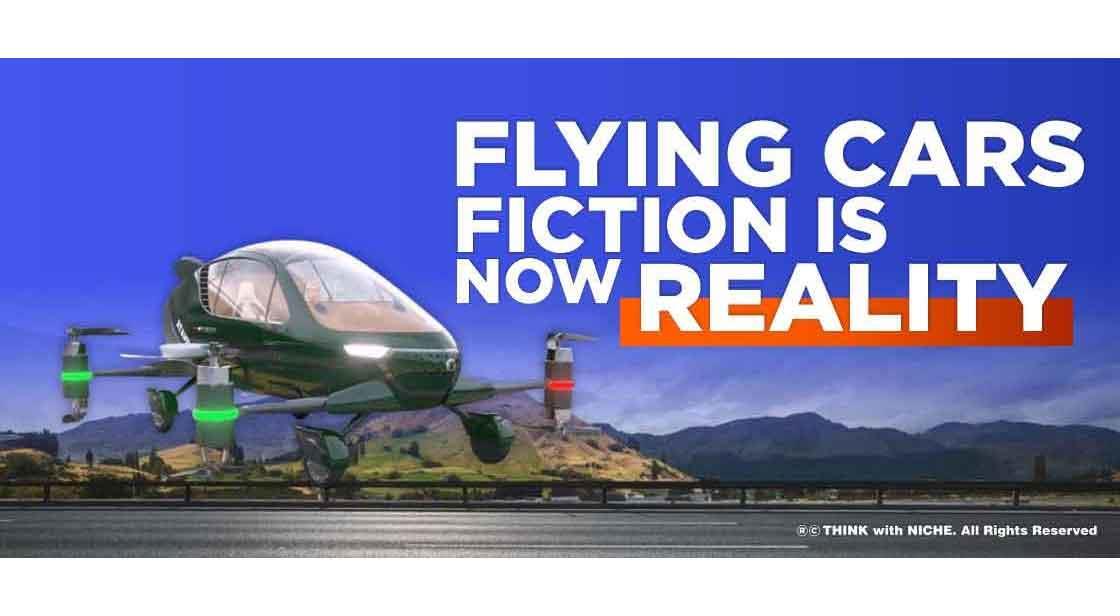 The future of science is here, flying cars were once just part of science fiction movies or just part of our imagination, but now it's no more part of just our imagination. Slovakia-based company has finally manufactured a car that not only helps you travel by road but, can also transform into a plane to cut short your journey. So, let's see what the future beholds for us. #TWN

Remember our childhood, when we used to imagine what 2022 would look like? We all thought the cities would be technically advanced and we would no longer be required to go to school, we would have flying cars and to eat good food we would no longer be required to go to the restaurants the food would get delivered to our home just in a click. Well, we were not right but, neither were we wrong. We didn’t achieve everything we imagined, but we were able to achieve a few of the things that we imagined.  We are attending the classes from our home, and yes, we are getting food delivered to our home in just one click, but what about the flying cars and the high-tech cities? Well, flying cars are no more just part of our imagination. Klein Vision Limited has developed a flying car and has done 200 successful flight tests. And they are bound to release them commercially very soon. Flying cars are no more a dream but are now a reality, so let’s dig deep into the topic and fully understand the technology.

Flying cars may seem to be very futuristic technology but, companies have been trying to develop fully functional flying cars for almost the past 100 years. In 1917, the first attempt was made to develop a flying car. It was named Autoplane and was developed by a person named Glenn Curtiss. When it was time to test its flight, it just lifted a bit from the ground, but it never made it to the sky.

After the failure of the Autoplane, the next attempt was made in the year 1933. A flying car was designed by Walda Waterman, but unfortunately, it never went for development because it was the era of the great depression. But in 1945, a successful attempt was made when an American inventor Robert Edison Fulton built an airplane called Amphibian. It looked like an airplane, but the wing and the back body of the plane could be detached manually, and the plane could transform into a car. But, this was the year when World War 2 was in progress, and hence not enough funds could be raised for the proper development of the plane. Moulton Tailor was the first person to invent a car that could transform into a plane. All the previous attempts were just a combination of the car and plane and were quite a weird look-wise. He did not attach a plane with a car; instead, he made a plane with foldable wings. This plane was developed in the year 1949 and was named Tailors Aerocar. They even certified and approved for mass production but were never able to produce in mass as they never received an order of 500 units.

In October 2021, a company named Jetson Aero presented their Jetson 1 Airplane, which actually cannot be called a flying car but was more of an enlarged drone. It is a single-seater vehicle. It was more like a small Helicopter, which is much more compact and could even land on the terrace of a building.

Ok, Divyanshu enough, I am not reading your blog any further. You promised to talk about flying cars, but all you have talked about till now is failed attempts and drones. Where are the cars?

I am sorry for the delay, but now it’s time to reveal the actual flying car. A company based in Slovakia has developed an actual flying car called the Aircar. Developing this car was one of the biggest challenges for science for the past 100 years,  but it finally has been achieved, and soon this car will be released commercially.

This car was ready by June 2021 and also completed its first intercity flight in the same month, from international airport Nitra to Bratislava airport. Both of the cities are located in Slovakia. Slovakia transport authority has also given the Air Car clearance for take-off and has also received the certificate of Airworthiness. It obeys all the safety standards of the European Aviation Safety Agency. A BMW car has been used as a base, and wings have been attached to it. The wings are foldable, and just with a press of a button, we can turn this car into a plane. This car does not require any kind of special fuel and runs on normal petrol. While flying, this car can achieve a height of 8000 feet, with a top speed of 190 km/hr, a maximum of two people can be seated in this car. But my friend, to fly this car, you will be required to carry a pilot's license, as it requires a proper runway to take off. If you are planning to own one in the future, you will have to empty your bank account. The estimated price of this car ranges between $500,000 to $1,000,000. Depending upon the model you consider buying. But it will take at least 12 months from now to become commercially available. The name of the company which developed Aircar is Klein Vision, and they believe that this Aircar will replace Helicopters in the future.

What is the requirement of flying cars?

Well, there could be many great uses of flying cars, it could be used in emergencies like and could replace; Ambulances, Fire Engines, Police Vehicles.

One more advantage of this car is that compared to helicopters, this car is more efficient as it requires no special kind of fuel and also, it does not require as much space as a helicopter for parking. Another major advantage is that they are very flexible, and in the future, this technology can be shifted from fuel-based to electricity-based, as they run on normal petrol engines which with proper R&D can be replaced by electrical engines.

Why is AirCar being criticized?

Nowadays cars have become very common, in almost every city of every country in the world. Everyone needs to take a driving test to get a driver's license. Despite that, many people drive irresponsibly. There are accidents, so many people die around the world because of these accidents. If people don,t learn to drive properly on the road, how can we assume that they will fly in the sky with ease? It will be at least ten times more difficult, and what if the Aircar runs out of fuel in mid-air? Air traffic control will be required when more cars are produced in bulk. Traffic control in the air was a problem identified by Elon Musk, and it seems as if he is totally against this flying car. He also said as these cars fly above the normal traffic. If a car crashes and falls upon the traffic, it will cause more damage than a normal car accident. He raised a concern about noise pollution. A normal drone causes too much noise, now imagine a car ten times bigger than that drone, and when hundreds of cars are in the air, we know what amount of sound will be produced.

Once the tank of this car is full, you will be able to fly only for 50 km before you have to refuel it again, and hence, this could again cause trouble for the pilots.

Although this technology is the future of science and, therefore, could prove to be the most innovative technology that humans have ever witnessed, there are some major flaws, as discussed above. One more thing that needs to be taken care of is price, right now only the super-rich can afford these cars, and a normal person who earns around $20,000 a year could never even imagine buying one of these and hence, these things are currently far from the reach of a normal citizen. This technology was a dream for us for the past 100 years, and seeing it come true is no less than a miracle, and this could be the first step towards the dream we saw as a child when talking about the future of humanity.