Failure Is Nothing But The Opening Of A Successful Journey 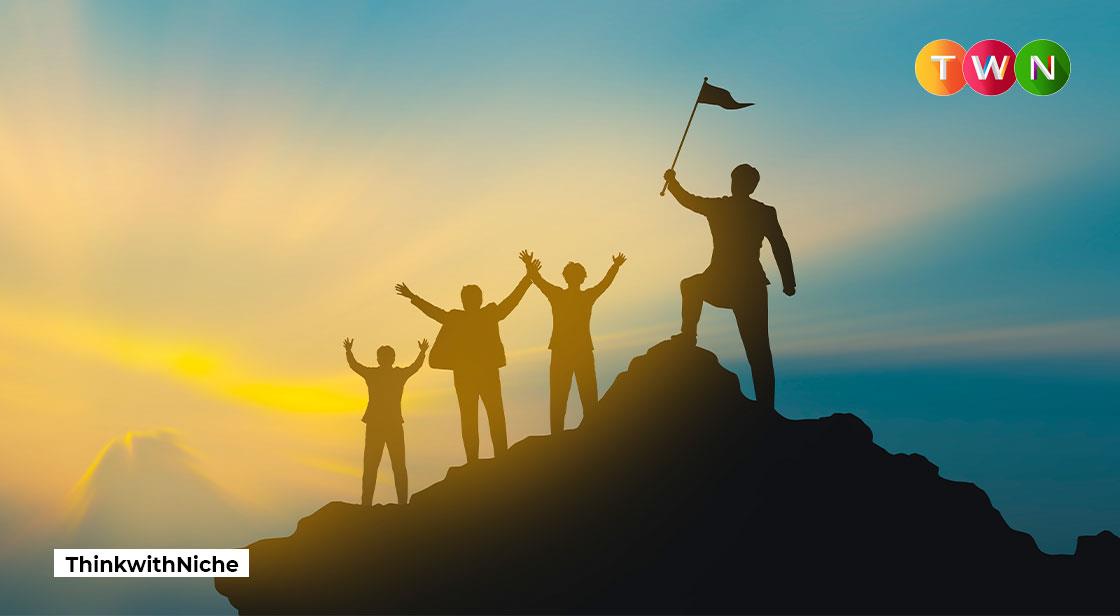 We can’t deny that for every one of us, rejection is a difficult experience. Failure, however, is not the end. Take, for example, some of the world's most successful people. They not only handle rejection with grace and professionally, but they also make the most of it. They take away lessons from the event that they may apply in the future to improve themselves. If you need the inspiration to get back up after a setback, read the article below and attempt to learn from those amazing people who know how to get back up. #ThinkWithNiche

7 Personalities Who Became Alarmingly Successful After Rejection And Failure

There is a Chinese proverb, “Failure is not falling but refusing to get up.”

Yes, failure and rejection are indeed painful, and they may be crippling at times. We can, however, learn to get back up. Even the most ardent dreamers have had their hopes dashed. Sometimes you come up with a terrific concept that you can refine and run with right away. Everything is going swimmingly until you experience a setback. Failure hits you square in the gut, leaving you with aching wounds and no choice but to whine about what could have been. However, instead of giving up, strive to learn and gain fresh experience from your failure. Here are a few people that overcame adversity to become some of the world's most famous persons.

The guy who gave us the delicious milk chocolate delicacy we all adore wasn't always a hit. He worked for a local candy manufacturer before starting his own business. He, on the other hand, failed badly when he chose to go out on his own. At the age of 26, failure knocked on the door to Milton Snavely Hershey. He was an odd prospect for success, having already failed in two enterprises. Mr. Hershey, a guy of firm convictions and voracious curiosity persevered and finally sold his caramel company for $1 million to focus only on chocolate production.

Stephen King is a best-selling author with over 350 million books sold and counting, and his work has been adapted into many films. His initial piece, however, was rejected 30 times, prompting King to toss it in the garbage. Thankfully, his wife insisted that he keep working at it, and Carrie was born from that unlucky start. Stephen King was living in a trailer, driving a broken-down Buick, and working as a gas-pump attendant when he wrote his debut novel, Carrie, in the 1970s. He mailed the work to 30 publishers after finishing it. All of them declined. But he never quit his hope. Now, King has subsequently produced more than 50 novels and is the 19th best-selling novelist of all time because he never gave up.

Thomas Edison was a brilliant inventor as well as a successful businessman in America. His innovations gave birth to contemporary night lights, phonographs, movies, and the long-lasting practical electric light bulb. He was, without a doubt, a genius. Edison may hold the record for the most unsuccessful efforts before succeeding on a single project, having failed thousands of times before developing a working light bulb. He had not failed, he said, which has become renowned among entrepreneurs. According to him, he just discovered 10,000 methods that weren't going to work.

Jordan loved basketball as a youngster and knew he wanted to make a profession out of it, even though no coach would give him a chance due to his height. Jordan was recognized by a coach after utilizing an inside connection to get into a basketball camp where players for college teams were picked, but he was still not invited to the squad. Jordan was dejected when he got home, but he resolved to show the coach wrong. Michael Jordan is now widely regarded as the greatest basketball player of all time. Jordan single-handedly redefined the NBA superstar as a phenomenal athlete with a unique combination of fundamental soundness, grace, speed, power, artistry, improvisational ability, and an unquenchable competitive desire.

Disney's career began after he was dismissed from a newspaper for not being innovative enough. His Mickey Mouse cartoons were later rejected because they were judged too frightening for female audiences. Disney began his career as an apprentice in a commercial art company in Kansas City. He and his elder brother Roy, eager to go out on their own, founded Laugh-O-Gram Studios in 1920, but the firm went bankrupt just a few years later. After losing his first business, Disney packed his belongings and flew to Los Angeles with only $40 in his pocket to try his hand at acting. But he also failed at that. Nonetheless, there was a silver lining to his decision. Disney's first significant hit came not long after with the development of Oswald the Lucky Rabbit.

Meryl Streep auditioned for a part in King Kong when she was 26 years old. Not only did she not get a callback, which is the actor's customary form of rejection, but when he saw Streep, famed producer Dino De Laurentiis Sr. remarked "Che brutta." That's how unattractive it is in Italian. She has now received more Academy Award nominations than any other actor in history. Streep is often referred to be the finest actress of her generation, and she is known for her flexibility and ability to adapt to many accents. She has received several awards, including a record of 21 Academy Award nominations, three of which she won, and a record of 32 Golden Globe Award nominations, eight of which she won.

According to People magazine, Harrison Ford was a quiet and introverted child who was tormented at school in suburban Des Plaines for being different and not fitting in. In 1964, he traveled to Los Angeles, California, in pursuit of a job in radio voice-overs, but was unsuccessful and instead signed a $150-per-week deal with Columbia Pictures' young talent development program. Unfortunately, he was always cast in tiny roles, and he appeared in a variety of television shows in minor and uncredited roles during the late 1960s and early 1970s. He began working as a carpenter to support his family after becoming dissatisfied with his development and weary of little parts. He didn't give up on his dream of being an actor and began working for Francis Ford Coppola as a carpenter and actor in minor and supporting roles in films like The Conversation and Apocalypse Now. He made his debut as Han Solo in Star Wars in 1977, which went on to become one of the most popular films of all time. Finally, Ford has appeared in over 50 films and, of course, is one of the faces of Star Wars. He was also the last one to laugh.