Everything about Snoop Dog – Net worth | Songs | Real Name | Biography 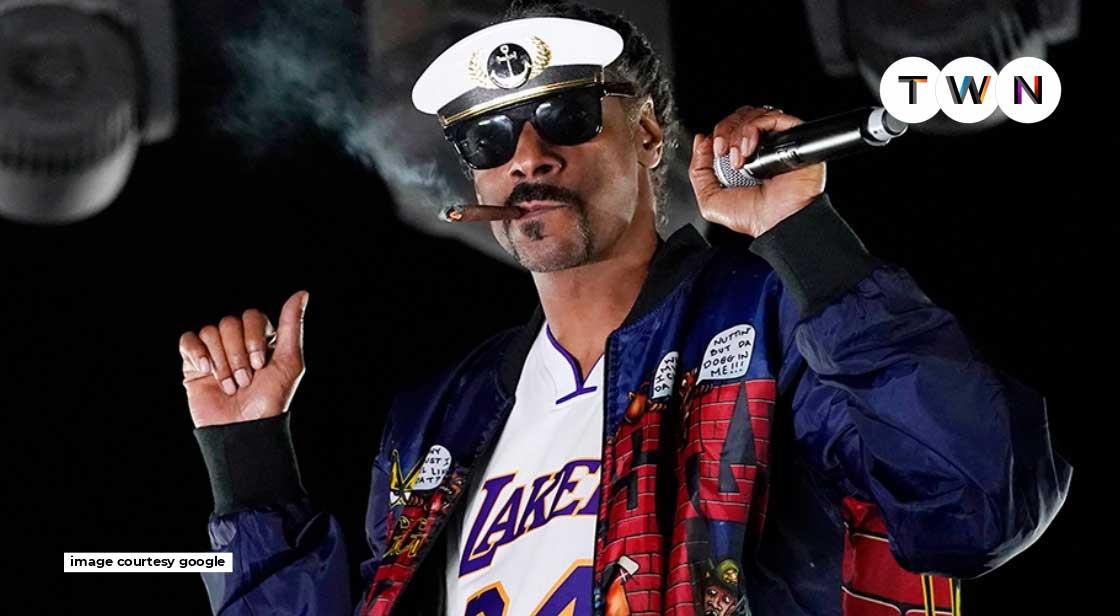 From International hits like ‘California Gurls’ to Indian hits like ‘Singh is King,’ Snoop Dogg just took over the world and became the known name in the rapping world. Yes, Snoop Dogg is in the house! Y’all know Snoop Dogg, but does any of you know anything about Calvin Cordozar Broadus Jr.? No? Okay, I will tell you who is Calvin (Cordozar, not Klein). Like Eminem, Wiz Khalifa, and Lil Wayne, we have a legendary rapper who lays low but comes up with a banger every now and then.

From International hits like ‘California Gurls’ to Indian hits like ‘Singh is King,’ Snoop Dogg just took over the world and became the known name in the rapping world. Yes, Snoop Dogg is in the house! Y’all know Snoop Dogg, but does any one of you know anything about Calvin Cordozar Broadus Jr.? No? Okay, I will tell you who is Calvin (Cordozar, not Klein). Like Eminem, Wiz Khalifa, and Lil Wayne, we have a legendary rapper who lays low but comes up with a banger every now and then.

Snoop Dogg has been one of the most recognizable figures in hip-hop and popular culture since his debut in 1992. "Uncle Snoop's" longevity is a testament to his skill as a lyricist, cultural influence, and musicianship, as well as his uncanny ability to revitalize himself and remain creatively cutting-edge. His discography includes songs from R&B, soul, rock, reggae, and sometimes even gospel. Snoop Dogg's artistry knows no bounds, as evidenced by the best Snoop Dogg songs.

Story Of Snoop Dogg, His Real Name, and Family

Snoop Dogg’s real name is Calvin Cordozar Broadus Jr. He was born on October 20th, 1971. Vernell Varnado and Beverly Tate gave birth to him in Long Beach, California. Vernell's father, a Vietnam War veteran, singer, and mail carrier, died three months after he was born, so he was named after his stepdad, Calvin Cordozar Broadus Sr. (1948–1985). His father was mostly missing from his life. His parents nicknamed him "Snoopy" as a child because of his fondness for the Peanuts cartoon character. He was the second of three sons born to his mother. In 1975, his mom and stepdad divorced. Broadus began singing and playing the piano at the Golgotha Trinity Baptist Church when he was very young. He began rapping in sixth grade. Broadus worked as a child selling candy, delivering newspapers, and bagging grocery items to support his family and make ends meet. He was described as a devoted student and energetic churchgoer who participated in singing groups and football. Broadus admitted in 1993 that despite his mother's efforts to keep him out of trouble, he began engaging in nefarious practices and joining gangs in his adolescence.

Broadus would often rap in class. As he remembered: "When I rapped in the school hallways, I drew such a large crowd that the principal thought there was a fight going on. It made me realize that I had a talent. I could tell that my raps piqued people's interest, which piqued my interest in myself."

Also Read: Everything About The Rapping Sensation- Pitbull Biography

Broadus was frequently in conflict with the law as a teenager. He was an associate of the Rollin' 20s Crips gang in Long Beach's Eastside neighborhood, though he denied the prevalent police and media reports in 1993, claiming that he had never joined a gang. Shortly after graduating from Long Beach Polytechnic High School in 1989, he was apprehended for cocaine possession and spent the next three years incarcerated, including at Wayside Jail. Snoop recorded homemade tapes with his two cousins, Nate Dogg and Lil' 1/2 Dead, and friend Warren G; the four named their band 213 after the postcode of their native Long Beach at the time.

The singles "Who Am I (What's My Name)?" and "Gin and Juice" hit the top ten most-played songs in the United States, fueling the rise of West Coast G-funk hip hop, and the album remained on the Billboard charts for the several months. Gangsta rap became the focal point of censorship and labeling debates, with Snoop Dogg frequently cited as an example of violent and misogynous musicians. According to music critic Chuck Philips, unlike many extremely hard gangsta rappers, Snoop Dogg just seemed to show a softer side. Snoop had a fairly gentle vocal delivery compared to other rappers, according to Rolling Stone music critic Touré: "Snoop's vocal style is component of what differentiates him: where many rappers yell, literally and metaphorically, he speaks softly."

Since his debut in 1992, he never looked back. From Snoop Doggy Dogg to Snoop Lion, and finally Snoop Dogg, Broadus has come a long way.

Top 10 Snoop Dogg Songs that You Must Listen

Snoop Dogg is not just a name in the rapping world. His songs hit differently when you listen to a rap that has soft vocals. Here are the top 10 songs of Snoop Dogg that you got to listen to:

These are the top hit songs that Snoop Dogg gave us. Headphones on, open the Spotify App, and lose yourself in his songs!

We know that people love him and want to know certain on-point things about him. So here are some frequently asked questions that might solve your query.

What are some movies of Snoop Dogg?

These are some of his movies.

What are some Tv shows of Snoop Dogg?

These are a few of his Tv Shows.

What is the net worth of Snoop Dogg?

The net worth of Snoop Dogg is $150 million.

What is the height of Snoop Dogg?

What is the name of the wife of Snoop Dogg?

Shante Broadus is the name of her one and only wife.

Snoop Dogg thanked himself for believing in himself! That is the level of self-belief we all must have in ourselves. This belief is the reason why we are here, talking about him. Just like Snoop Dogg, you will thank yourself in the coming years.

August 21, The Day When “Mona Lisa” Was Stolen