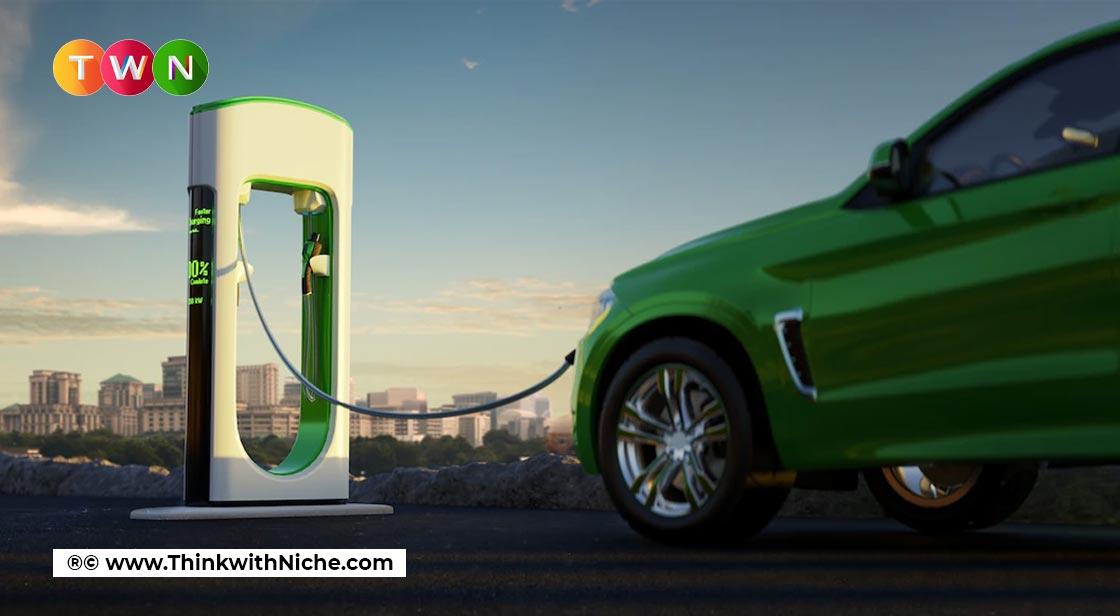 How EVs become a trend, market challenges, and how EVs compensate for their higher prices. #ThinkWithNiche

India has widely implemented E-rickshaw and taxis that run on green fuels. This is considered as county’s first step in becoming a green vehicle country. It was important to start from the core of the country. That’s what India did, it first started reducing the emission caused by public transport vehicles such as taxis and auto-rickshaws. In metro cities, you can now see Electric buses, which again is an important step towards a low pollution country.

Electric Vehicles – The New Way to Be Eco-Friendly

EV, the trend started by Elon Musk’s Tesla took up the market as fast as a Space-x rocket. Tesla showed that they can be premium and eco-friendly. After some time, Tesla became the challenge every automobile country wanted to conquer.

From India- based TATA Motors to South Korean carmaker Hyundai Motors every company has invested in Electric Vehicles. TATA Motors is ready with its Nixon EV, and Hyundai is going to launch an electric SUV E-Kona. Hyundai along with launching its e-SUV invested Rs2000 crore for its EV project in the country.

With Popularity Comes a Flashy Price

One of the main reasons why EVs can’t be the only vehicle on street is their flashy price. The e-Kona, an electric SUV is priced at 25 lakh which is 10 lakhs more than its premium SUV Creta.

The other reason is the lack of electric stations in the country. Fuel stations can be located every 5 kilometers across the nation, while electric stations are few. While the country encourages companies to invest in electric vehicles, the government must recognise the need for charging facilities. EV takes a minimum of 30 mins for a full charge in comparison to filling up a fuel tank, charging an EV is like standing in a long line to get your vehicle’s tank filled.

While charging an EV takes time it’s very cost-efficient for the user. The petrol prices are touching Rs 100\liter in almost every state in India. The enormous hike in price has made it difficult for a user to fill up their vehicle's tank. The cost of domestic electricity varies from Rs 6-9/unit in India. This means that while an EV's purchase price is high, its running costs are low.

The path to a green country is laid with electric vehicles. Because the country's pollution levels have lowered as a result of the lockdown, every action taken in the sequel should be in the country's favor.

As more automakers enter the electric vehicle market, prices will come down; that's the beauty of competition: consumers always win. To prevent severe consequences, humanity has only a decade to curb Emissions of co2.