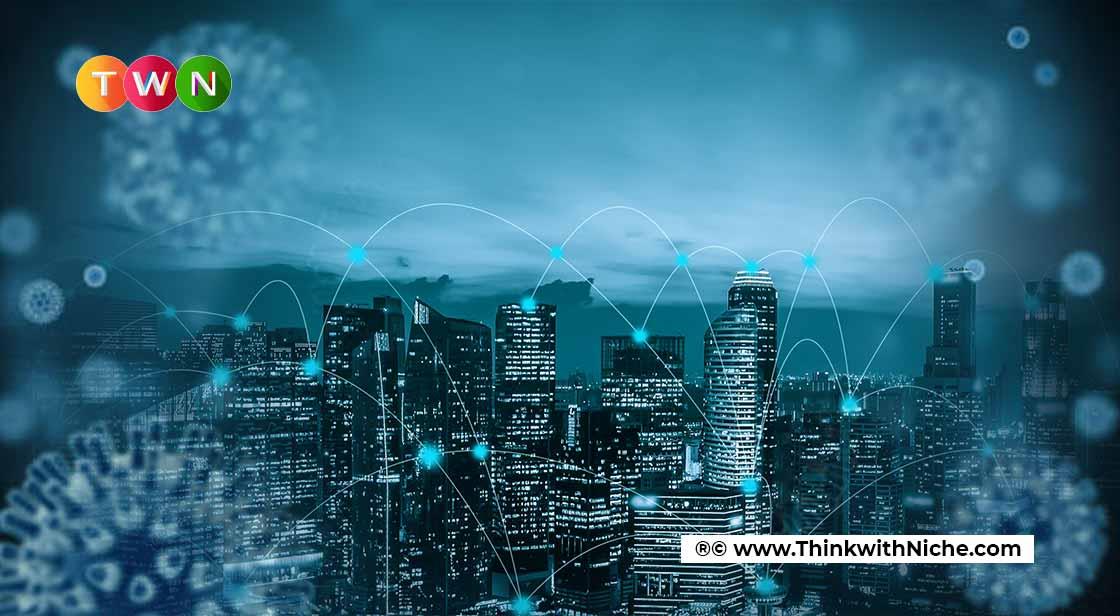 Students in high school and college were able to learn everything they needed to know without having to worry about schoolwork. However, now that the second wave has passed and the infection has subsided, many people are wondering if these internet habits will persist once the outbreak is over. #ThinkWithNiche

The COVID-19 pandemic took the world by storm in March 2020. What seemed to be a small, treatable virus quickly became a pandemic. Although a year has passed since then, the virus is still active. Because the entire globe was on lockdown, the majority of us have spent most of our time in front of a screen. The average amount of time spent in front of a screen has increased significantly among people of all ages.

Stuck inside the four walls of our houses, we all took to our electronic devices. Children used it to take online classes while adults did all their work through Zoom calls or Google Meet. Pandemic thus has revolutionized the use of the internet. It’s officially a new age for the online world. Whether it’s good or not, that’s something we’ll know in the future. One cannot ignore the push pandemic has given to the spread of the internet.

The Complete Makeover of The Internet

With nowhere to go, our screens became a source of multiple pleasure for us. It became a tool for us to connect to the outside world. People used it to connect with their friends, family, and even colleagues. Applications like Zoom or Google Meet played a huge role in this. Apart from this, a lot of people took to OTT services to kill their boredom. The concept of binge-watching took a whole new meaning during the Pandemic. Services such as Netflix, Amazon Prime, and Disney+ even saw huge growth during this last year.

Not only OTT, but even social media apps such as Instagram and YouTube also noticed a huge growth arc. The average usage of these apps per person increased significantly. It wouldn’t be wrong to say that this perhaps is the only good thing to have come out of the pandemic. Rest all businesses have suffered huge losses while the internet world is booming right now.

It’s been more than a year since COVID-19 first hit us. So why not dive a bit deep into this and find out the various ways the Internet got changed-

Two Major Ways In Which the Online World Saw Change

But the research and development in education technology and online classes have been going on way before the Corona Pandemic. In 2019 alone the total edtech investment reached a total of $18.66 billion. This figure is said to grow up to $350 Billion by 2025. This kind of growth is rare for any industry. Online classes of all kinds have become popular and more students are getting used to them.

An example of the growth in online education is the huge surge of BYJU’S user base. During the pandemic, BYJU’S announced free live classes on its Think and Learn App. After this, the company saw a 200% growth in the number of new students. By any measure, this is a gigantic growth curve, indicating that online schools may soon be a viable alternative to traditional classes. Online learning sites such as Khan Academy and Coursera recorded an average of 81.1 million monthly visits on their websites and Youtube channels. These numbers thus prove how big of a role the Internet played in the field of education during these stressed times.

Another massive way the Internet changed us is the way we work. Since offices got locked down during the Pandemic, employers took to many of the online video conferencing tools to conduct meetings and stay connected. Everything was being done over video calls; from meetings, and presentations, to job interviews. Soon many corporations started their operations through various online portals.

Zoom, a video conferencing program that has become the de-facto tool for meetings and online lectures, has seen a 300 percent increase in users. It was a record-breaking sum for the company. Zoom stated that they made $328 million in revenue in their annual results report. All this was possible because of their easy-to-use features which many companies and corporations adopted fairly quickly. Even Google Meet, the video conferencing app by Google, now adds around 3 million new users every day. These are all huge numbers by any standards and none of the two companies could have imagined such a huge user base had it not been for the pandemic.

As for the employees, who work 10 or more hours five days a week, this was a welcome change. In a recent survey by Mashable India, 32% of the participants reported being happier and satisfied working from home. When asked why most of them wrote that they didn’t have to take a long commute to work and could spend more time with their family. Work-from-home also allowed these employees to take long and better rewarding breaks. All these improved their happiness factor by a huge margin.

Humans have discovered a whole new side of the online world. Working from their home, wearing the most comfortable clothes, vaporized much of their stress. The same goes for all the school and college-going children. They got to learn everything without taking in the pressure of schools. But now as the third wave is subsiding and the virus is taking a backseat, many are wondering if these online practices would continue even after the pandemic gets over? And, if they did, how would this influence people's physical and mental health?