A Quick Guide To Biotechnology Industry 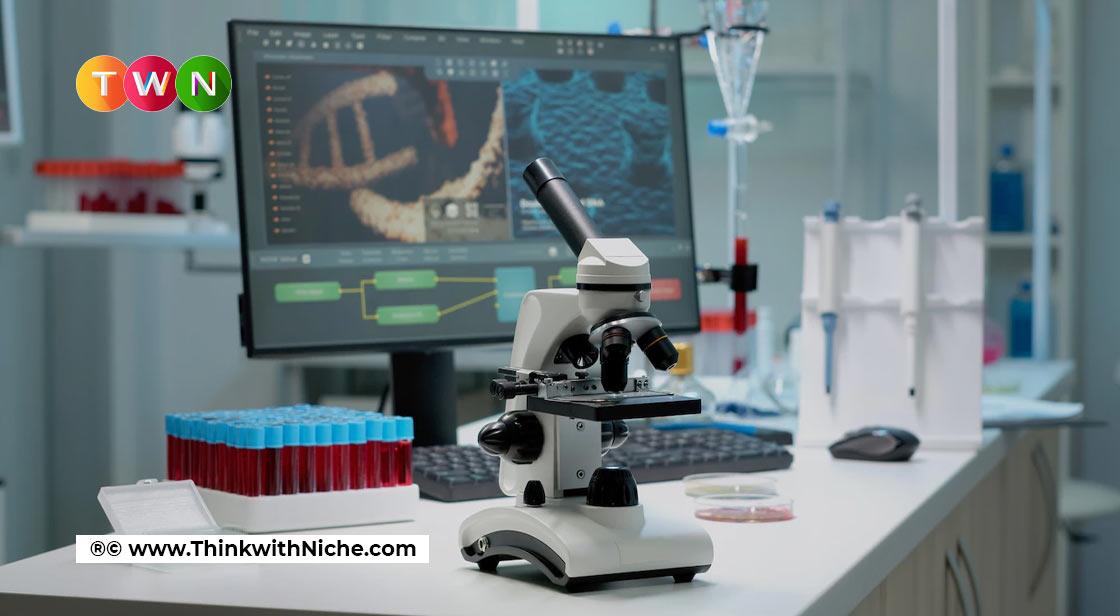 The biotechnology industry is a vast industry with umpteen opportunities. Here’s a quick guide to give you a brief idea about the industry, if you are planning to join the biotech industry or investing in biotech. # ThinkWithNiche.

Since COVID-19 took over the world by storm and locked us all in our homes, you must have heard the term ‘biotechnology’ quite often, either on news channels or social media. Unless you come from a medical or biology background, the chances of you scratching your head over this are more. And it’s perfectly understandable since biotechnology is quite a complicated field. Basically, it is defined as the science that uses living organisms and molecular biology to develop healthcare products. There are a lot of fields in which biotechnology is used such as pharmaceuticals, food production especially processed food, and biofuels.

Biotechnology is a vast field and should not be confused with the pharmaceutical industry. It has its vocabulary and science. One way to easily understand biotechnology would be to define it as a science that uses organisms to produce products. There has been quite a lot of research done in this field which is why it is hard to cover it all up at a time. Biotechnology has also been used extensively in the field of environmental safety. Let’s dive deep into this and learn about the basics of biotechnology.

Biotechnology is a cocktail of many fields such as biology, chemistry, physics, mathematics, and so many more. It aims to keep a close eye on the functioning of an organism and use its molecular features to solve real-world problems. That forms the crux of research and development in biotechnology. Modern biotechnology works extensively to improve the quality of life by developing better medications and also work to improve our rotten environmental state.

The seed of Biotechnology was planted many years ago when humans began to make bread, wine, etc. through the process of fermentation. After this, the arms of biotechnology spread to the agriculture sector where it was used to develop better seeds, producing better crops, and manufacturing chemicals such as pesticides and insecticides. But as the world began to move at a fast speed, soon biotechnology took over certain aspects of our everyday life. It became a massive field when it reached the healthcare sector and was used to develop vaccines. From there on, it soon became the giant beast that it is today.

During the 20th century, biotechnology entered the field of genetics and mutation. It proved to be of massive help while developing the 3D structure of DNA. It has also helped massively in developing new and better treatments for diseases with genetic origins like heart diseases, cancer, and Alzheimer’s.

The biotechnology industry has come a long way since then and is now one of the largest industries around the world. It has both: massive biotech corporations such as Pfizer, Novartis, Abbott, Biogen Inc, etc; and small biotech companies that are spread throughout the medical field such as drug development, genomics, biofuels, and food products. With time Biotechnology has also stepped inside the biopharma companies and has helped these companies in their research and development. A lot of research that we see on different diseases has only been made possible because of biotechnology.

Investing Prospects In This Industry

If you are looking to invest in the biotech industry, there won’t be a better time to do so. As we have seen, the only business that has generated massive revenues during these past two years has been biopharma companies and pharmaceutical companies. It would be a wise decision to make a long-term investment in this business. Either you can buy stocks of big biopharma companies or if you have a bunch of investors on board, you can even think of entering into this industry.