Why You Need To Understand The Psychology Of Advertising 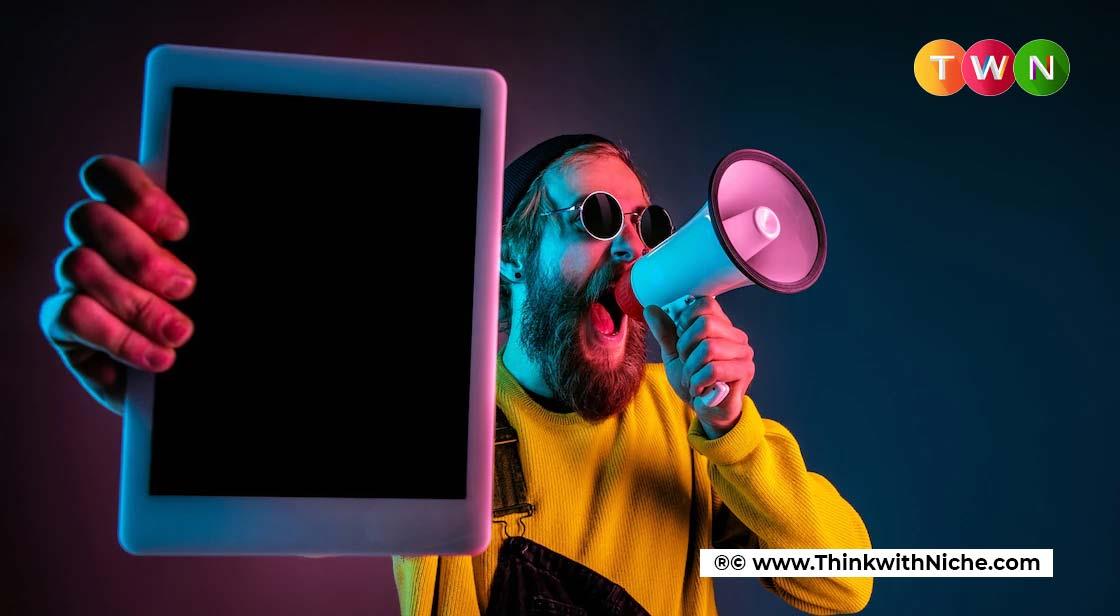 You can be exposed to a deluge of adverts just by browsing Facebook or YouTube.On a daily basis, the average person is exposed to around 6,000 advertising. As a result, many consumers have learned to pay less attention to the content they encounter, thus impacting the marketing of many businesses. If you want to win a customer, you need to know how to attract their attention, even if it's only for a few seconds, so you can get your message over. You will be able to contact your target audience more quickly. #ThinkWithNiche

Psychology can lead to enhanced influence as well as a deeper understanding of those around you. While persuasive abilities are most commonly used in research or counseling, they can also be valuable in sectors outside of psychology, such as business and advertising. Although the tactics of advertising and marketing have evolved throughout time—from ancient merchants screaming in marketplaces to contemporary marketers buying ads on social media sites—the psychology behind marketing and advertising has stayed consistent.
Word of mouth was the only form of advertising available to the ancients. The merchant who had products to sell carried them to a city's gate and hollered at passers-by, declaring the value of his wares and potentially enticing them to stop and buy them. The ancients' simplicity astounds and amuses us, just as the enormity of modern advertising systems does.

The psychologist's strategy for seeking to give advertising a theoretical foundation has been quite consistent. He broke down the human mind into its numerous activities, then looked at advertising to see what was in them that would or might not arouse the desired activity. An example is the best way to understand this procedure. We'll use Mental Imagery as an example, both as defined by psychologists and in its application to advertising.

Advertisements that include the words "fun" and "pleasure" depict customers having a wonderful time and enjoying themselves, all thanks to a product or service. The people in the advertisement are having a wonderful time, and the buyer is led to assume that they, too, would have a good time if they buy the product or service. Beer, amusement parks, cigarettes, and specific types of autos frequently employ the words "fun" and "pleasure" in their advertising. The give-and-take connection between humans is described by the social psychology principle. When you give someone something, you place a responsibility on them to repay you. For example, a company may offer some free services in the hopes that the customer will pay for larger, more expensive services later. When a company can persuade a customer to commit to something modest, they may easily expand their request to include larger items.

Getting people to join up for a free class or webinar, for example, may encourage them to sign up for a low-cost paid class later. People are more likely to buy from a company if there is evidence that other people have made purchases and put their trust in it. Advertisers can take advantage of this psychological phenomenon by simply supplying target audiences with reviews or testimonials. It's far easier to persuade someone to buy from a company if they like it first. To use this technique, firms must first understand their target demographic, as well as their likes and dislikes, which must be reflected in their brand messaging.

We're all aware that color may elicit specific emotions in people. This is why it is frequently utilized in marketing and branding. Color also has a significant impact on conversion. According to studies, altering the color of an online ad's call-to-action button from light green to yellow can raise conversion rates by 14.5 percent. Colored borders around a Facebook ad image can also increase the click-through rate by double. Color contrast is also beneficial. According to studies, contrasting the colors of two links inside a single image can boost conversion rates by 60%.

The overall design and success of an advertising campaign are heavily influenced by psychology. Ads can be developed to elicit desired feelings and reactions, ultimately driving desirable consumer behaviors, by utilizing basic psychological principles. Brand memory, awareness, and affinity can all be improved by tailoring ads to certain demographic or psychographic groups. Understanding the human mind and how to use basic psychological principles is crucial for successful advertising and branding, which is why Glint has been helping customers grow their businesses for nearly two decades.