What you can learn from the movie THE FOUNDER 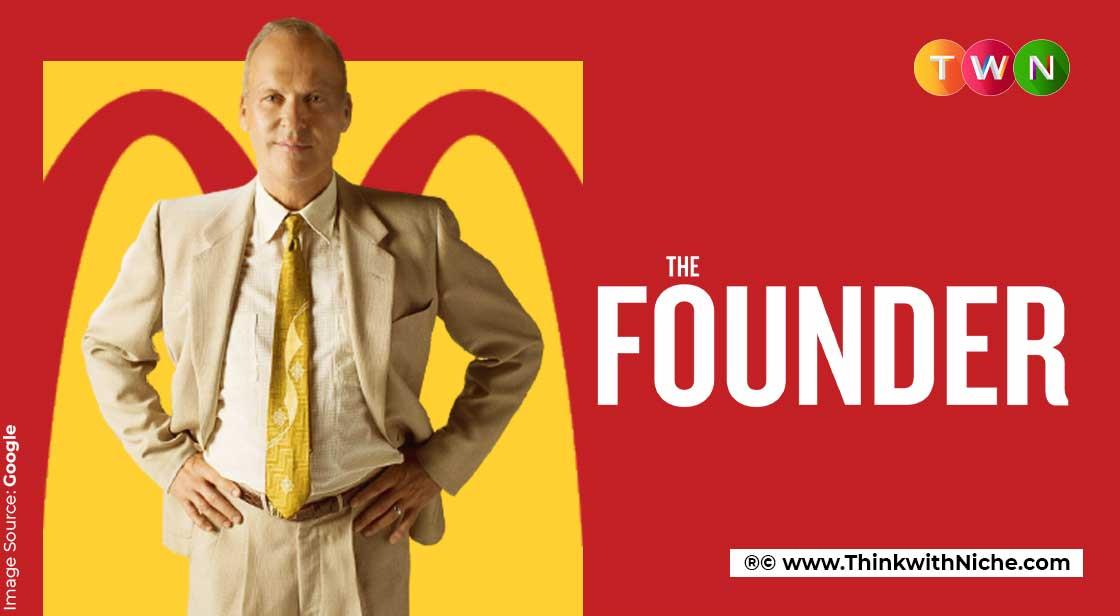 Ever wondered the burger you love came into existence in the first place? The place you regularly visit, how is it there in every metropolitan city of the world? Yes, the talk is about the delicious burgers at McDonald’s. But how did the shop of these two brothers selling burgers changed into a worldwide franchise? This story of Ray Croc meeting the McDonald brothers is picturized in the movie “The Founder”. Let’s see what’s in it for business minds like yours.#ThinkwithNiche

This movie is diverse in its lessons, it talks from mindset to customer problems. And a few of those lessons are mentioned below:

1. What’s behind the door

A child attempting to find various ways of standing up, then gradually running, and then performing all sorts of activities, is a very common thing. But if you notice keenly, you’ll get to find how curious these children are to attempt different things. Similarly, the events of this movie and especially the actions taken by Ray Croc teach us the same lesson of being curious about what lies beyond the point you stand.

2. Nurture your thinking and make it bigger

You can find through the events of the film that how thinking big resulted in McDonald’s store near you. It all started with thinking big and applying it. If Ray Croc hadn’t applied his thinking and made the move to convert the normal shop of McDonald brothers into a franchise. It was his thinking that believed in the store and his decision which has resulted in the name of Mcdonald’s imprinted on every metropolitan city in the world.

As simple as it is, the movie focuses on the value of never stop the process of improving. This is depicted by the regular efforts made by the McDonald brothers. They kept on changing their recipes based on the feedback and acknowledging the change in taste of the people. A regular feedback mechanism worked behind the curtains in the mind of the brothers which helped them, focus more on the products which were high in demand.

Ray croc made several attempts to merge with the brands like Coca-Cola which was high on demand, but this decision didn’t seem right in the minds of the Donald brothers. They were infuriated by Ray Croc for thinking of such collaborations. Ray kept quiet and gradually increased his power in the company. And finally with the increased amount of power Ray established collaboration with other brands, which turned out to be a skyrocketing success. This nature of endurance taught through the character of Ray Croc tells how sometimes waiting and enduring the circumstances plays a big role in the long run.

5. Take it to the next level

This is another important lesson from the movie. Ray Croc believed in the franchise and the result it was giving but he wasn’t satisfied, he wished for more. So, he gradually took the opportunities and took the franchise to not just the national level but also the international level.

Why is Nike so Successful? Nike History | Nike Marketing Strategy