What Exactly Are Micro-Apartments? Environmental Drawbacks and Benefits 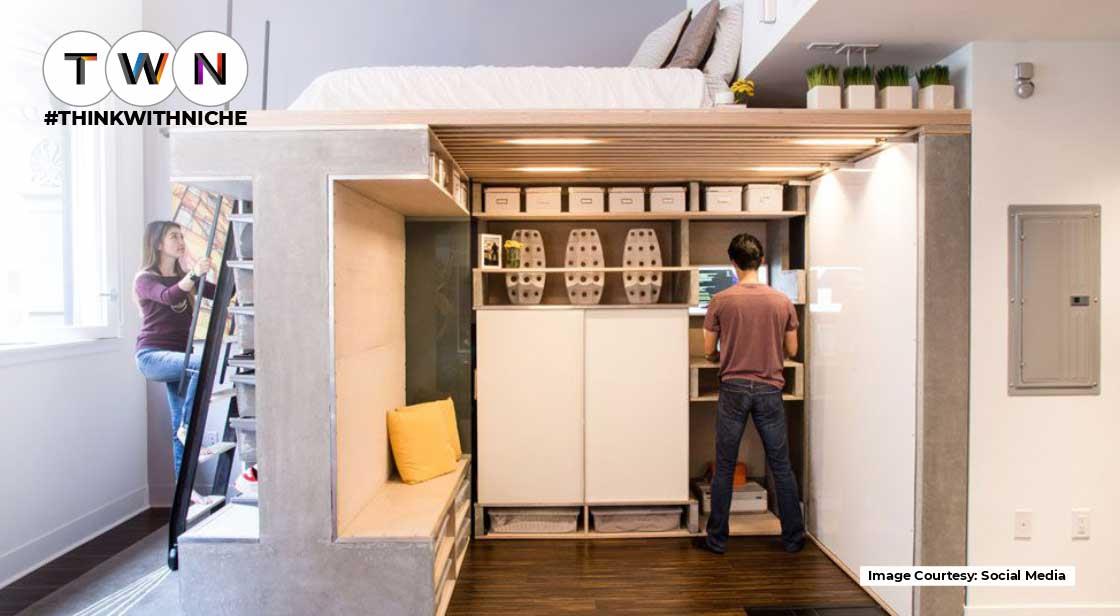 A Micro Apartment, sometimes spelled microapartment, is a tiny, independent, one-occupancy apartment that is usually found in an urban setting. Micro apartments are occasionally as small as a motel room, but they are typically half the size of a conventional one-bedroom apartment. Micro apartments are being inserted in refurbished buildings, such as former office buildings, mills, and data centers, in addition to being specifically built in new construction. Along with Japan, Hong Kong, and other regions of Europe, the trend has gained traction in Seattle, Boston, Providence, New York, and other cities.

As rents in densely populated urban areas continue to climb, there is a nationwide trend toward smaller urban apartments, often known as micro flats, "aPodments," micro lofts, metro suites, or sleeping quarters. The expanding number of single people, including students, young professionals just starting their careers, and retired persons on fixed incomes, is another factor driving the trend toward smaller apartments. In this article, let's find out more about the advantages and some disadvantages of micro-apartments for the environment.

Tiny dwellings are often referred to as the urban equivalent of Micro-Apartments. The bathroom, kitchenette, sitting area, and bedroom area are allotted just enough room, but the latter two are frequently combined. While some must choose this type of accommodation due to budgetary limitations, an increasing number of city dwellers are now voluntarily seeking out small spaces in order to lessen their carbon footprints in addition to their budgets. On a micro level, smaller apartments consume less energy and produce less garbage than larger ones. A macro trend toward micro-living might result in increasing urban population density and, hopefully, more effective infrastructure. More land is being preserved as a result of the trend toward compact living.

Find out more about the advantages and some disadvantages of micro-apartments for the environment.

A Micro-Apartment: What Is It?

The Urban Land Institute describes a "micro-apartment" as "a small studio apartment, often less than 350 square feet, with a fully functional and accessibility compliant kitchen and bathroom," despite the fact that the phrase has no formal definition. It states that, on this criteria, single-room occupancies with only shared kitchens and toilets are not eligible.

Now, Boston has "innovation" units (referred to as such by the City of Boston's Housing Innovation Lab) and Seattle has its fair number of SEDUs (small-efficiency dwelling units). In Washington, D.C., Chicago, and San Francisco, where the nation's first prefab micro-housing project, SmartSpace, supposedly took place in 2012, the fad is still going strong. One in four renters indicated they would "certainly" or "probably" live in a micro-unit in a 2015 Urban Land Institute survey.

How Sustainable Are Micro-Apartments?

In the 2015 study, nearly one-third of participants stated they gave sustainability considerations top priority when choosing a lease. It's a hotly debated subject whether micro-apartments are genuinely a viable housing alternative. Here are the key points made by both sides of the debate.

Building micro-apartments typically requires much less material. According to a 2019 United Nations assessment, cutting the size of a home's per-capita floor area by just 20% could cut the building of that home's emissions by 50% to 60%. The report claimed that the same 20% reduction would result in a 20% decrease in the demand for heating and cooling. Heating and cooling account for 38% of domestic carbon emissions in the US.

If just one micro-apartment has that kind of an effect, just think of what a larger trend toward micro-living may do. The requirement for suburbanization to suit the needs of a constantly expanding population has had a significant negative impact on the terrain, destroying critical wildlife habitats and accelerating deforestation.

Compact living would protect these natural areas from the dangers of urban development. If done correctly, it might entice communities to spend money on environmentally friendly infrastructure (think: cycle lanes and improved public transportation instead of high traffic and colossal parking structures, mostly needed to accommodate suburban commuters).

The Urban Land Institute disputes YouGov statistics from 2022 that claims 60% of Americans believe that higher-density development would worsen traffic rather than ease it.

According to the institute, higher-density development creates less traffic per unit than low-density development. It increases the viability of walking and using public transportation and opens up possibilities for shared parking.

Other Advantages of Micro-Apartments

In addition to having a less carbon footprint, microapartments also offer the following advantages:

• Community: Although legally speaking, micro-apartments do not include dwellings with simply shared bathrooms and/or kitchen areas, many such structures do feature some form of the community area, such as a lounge or an outdoor space. This fosters social interaction and a sense of community among neighbors.

• Minimalism: In a micro-apartment, there is simply no room for hoarding; one is given just enough area to surround themselves with things that are useful or, in the words of Marie Kondo, "spark joy."

• Reduced cleaning: Although some could argue to the contrary, given all the crevices and the tightness of a micro-apartment, small spaces ought to be inherently simpler to maintain clean.

Also Read: How Green Buildings are a Better Way to a Sustainable Lifestyle?

While there aren't many pr`oblems with these tiny homes on a micro level, there are some issues with living in high-density areas overall. Air pollution is a significant one. Condensing greenhouse gas emissions into a smaller space due to people living close to one another has been shown to have a negative influence on human health, especially in densely populated areas.

The absence of ecological opportunities in built-up cities is another issue. Pollinators, who find it challenging to access open spaces due to all the structural impediments, were shown to be significantly impacted by population density, according to a study from 2020. According to this study, growing human density only adversely affects pollinator populations in cities, not pollinator populations as a whole. However, numerous other studies have shown that cities become less biodiverse as they become denser.

Heat is a major factor in a lot of the species loss that urbanization brings about. An urban heat island effect results from high population density. Ironically, the shade trees that need to mitigate this effect have a hard time adjusting to the warming of the air and soil. Many eventually pass away, increasing the heat island's temperature, which raises cooling demand in hotter cities.

Other Challenges with Micro-Apartments

Aside from environmental concerns, these elements could potentially generate some opposition to the micro-apartment trend:

o Restrictions on family size: Microapartments are made for a single resident (a couple, at most). They are not suitable for either children or pets.

o Stress: Squeezing into small quarters can make you feel trapped. People who live in microapartments could feel physically cramped in their own area or socially congested by the number of people nearby.