What is sustainable development? 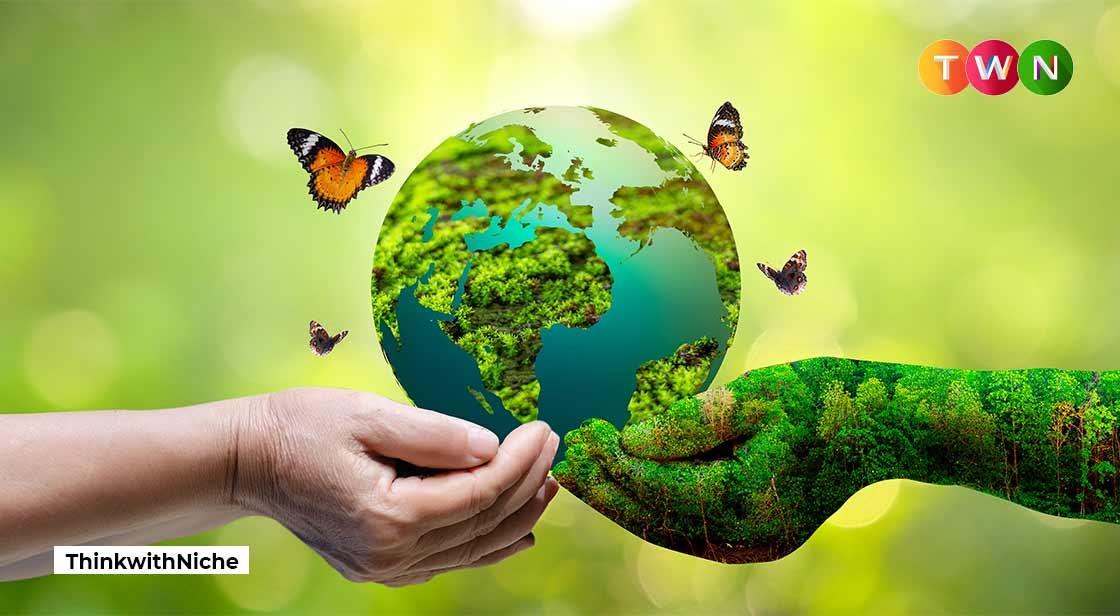 Business and government commitments to sustainability are becoming more prevalent. Meanwhile, there is concern about corporate "greenwashing," which is the practice of giving the impression that a company is more ecologically friendly than it is. Investors are aggressively embracing green assets, according to some evidence. Sustainability is a factor that we will address in this article and show you what companies are doing to establish themselves as carbon-free companies. #TWN

Sustainability, in the broadest sense, refers to the ability of a thing to maintain or "sustain" itself across time. Limits to sustainability are established in business and policy by physical and natural resources, environmental deterioration, and social resources. As a result, sustainable policies emphasize the long-term impact of any given policy or corporate practice on people, the economy, and the environment. The idea frequently corresponds to the conviction that unless big changes are made to the way the planet is run, it would deteriorate irreversibly. As public awareness of anthropogenic climate change, biodiversity loss, and pollution has grown, the globe has begun to embrace sustainable practices and regulations, primarily through the adoption of sustainable corporate practices and increased investments in green technology. The concept is commonly divided into three pillars: economic, environmental, and social—also known as profits, planet, and people informally. The term "economic sustainability" refers to the share of natural resources that offer physical inputs for economic production, which might include both renewable and exhaustible resources. The notion of "environmental sustainability" places a higher emphasis on the "life support systems," such as the atmosphere or soil, that must be preserved for economic output or human existence to exist. Social sustainability, on the other hand, is concerned with the human consequences of economic systems and involves efforts to alleviate poverty and hunger, as well as to combat inequality. The World Commission on Environment and Development was established by the United Nations in 1983 to investigate the link between ecological health, economic development, and social fairness. In 1987, the panel, led by former Norwegian Prime Minister Gro Harlem Brundtland, released "Our Common Future," a report that has since become the gold standard for defining sustainable development. Sustainable development, or the blueprint for achieving sustainability, is defined as "filling current demands without jeopardizing future generations' ability to fulfill their own needs," according to the report.

Business sustainability is not reducible to environmental concerns. Sustainable business practices are divided into two categories by Harvard Business School: the influence of a company on the environment and the impact of a company on society, to have a positive impact on at least one of those areas. This sense of duty motivates firms to strike a balance between long-term benefits and short-term profits to achieve inclusive and environmentally sound goals. It encompasses a wide range of different practices. Cutting emissions, lowering energy consumption, obtaining items from fair-trade organizations, and ensuring that their physical waste is disposed of appropriately and with as little carbon footprint as possible are all examples of sustainable practices. Companies have also set sustainability targets, such as a commitment to zero-waste packaging by a specific year or a percentage reduction in overall emissions. In recent years, a slew of firms has made similar sustainability claims. For example, Walmart Stores, Inc. (WMT) has committed to zero emissions by 2040, Morgan Stanley has committed to net-zero "financed emissions" by 2050, and Google has committed to carbon-free operations by 2030.

The drive for sustainability may also be seen in energy generation, where the focus has been on finding new deposits to keep up with the depletion of existing reserves. For example, some electrical companies now announce publicly their goals for energy generation from renewable sources, including wind, hydropower, and solar.

Because of the public goodwill generated by these regulations, there is skepticism about corporate "greenwashing," which is the practice of making a company appear more environmentally friendly than it is. Sustainability motivations are frequently complicated, personal, and diverse. It's impossible to describe the reasons why so many people, organizations, and communities are striving toward this goal. However, for the vast majority of people, sustainability is defined by the kind of future we leave for future generations. Many individuals and organizations share the value of sustainability, which they demonstrate in their policies, daily activities, and behaviors. Individuals have had a significant impact on the development of our contemporary environmental and social conditions. Today's citizens, as well as future generations, must devise solutions and adapt.

The transition to sustainability can be challenging. The Santa Fe Institute, for example, identifies three key roadblocks to businesses improving their environmental impact: It's impossible to truly comprehend the impact of any single organization, to rate the environmental impact of specific activities, and to predict how economic agents will respond to shifting incentives. Furthermore, many companies have been chastised for using cost-cutting measures such as offshoring production to obtain cheaper labor, which can make evaluating sustainability more difficult, especially after offshoring began to affect white-collar jobs in developed economies, causing concern about globalization. According to a study of data from 1,080 multinational firms, sustainability standards "substantially affect" outsourcing activities.

Sustainability is linked to both the climate and "sustainable development," even though it is a broad umbrella phrase that encompasses both.

In January 2021, the United States re-entered the Paris Accord. The Biden administration declared in April 2021 that the country's greenhouse gas emissions will be reduced by 50% to 52% below 2005 levels by 2030 under the agreement's nationally determined contribution, or NDC. Under the Trump administration, the United States had withdrawn from the deal.

What are Sustainability goals?

The United Nations' Sustainable Development Goals (SDGs) are a series of goals that the organization refers to as its "blueprint for a brighter and more sustainable future for all." They aim to achieve objectives such as eradicating poverty and hunger, expanding inclusive and fair educational opportunities, and expanding renewable energy access.

The premise that humans should not destroy the environment for short-term profit is fundamental to sustainability. It is required for life to exist. It has gotten a lot of attention as the effects of anthropogenic climate change have become more pervasive in modern life, ranging from uncomfortable heat waves to expensive and lethal weather catastrophes. The concept also recognizes that if human systems are to persist and lessen the total amount of human pain on the globe, they must be fair.